What a pathetic ghoul. 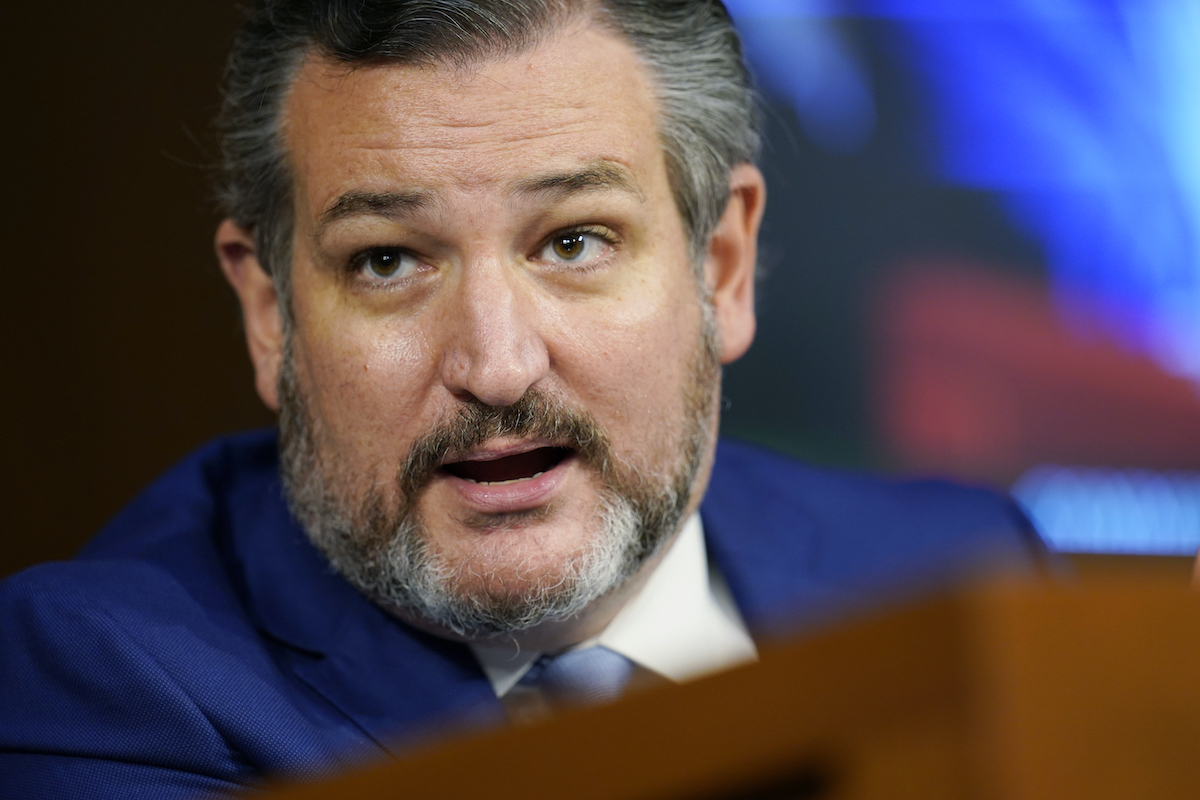 Why is Ted Cruz the way he is? It’s a question that has confounded scientists and doctors for decades, with no answers in sight. How can a man be so smug about accomplishing so little? And how can a man repeatedly defend a president who called his wife ugly and accused his father of assassinating JFK? And most of all, how does a senator with such clear disdain for his constituents continually win reelection? It’s a question we could ask of countless Republican congressmen and women, who were rewarded with reelection after letting the coronavirus pandemic ravage America.

But while the invertebrate Texan has a host of moral and ethical deficiencies, he truly set himself apart today by mocking the threat of COVID-19, writing on Twitter, “Miraculous. COVID cured, the very instant the networks called the race for Biden.”

Cruz’s tweet echoes the Republican delusion that COVID-19 will magically disappear once Biden wins. But if anything, it’s the opposite. America just passed the 10 million cases, with 100,000 new infections each day for the last seven days in a row. Michael Osterholm, director of the Center for Infectious Disease Research and Policy at the University of Minnesota, said “We are watching cases increase substantially in this country far beyond, I think, what most people ever thought could happen,” adding, “The next three to four months are going to be, by far, the darkest of the pandemic.”

“I don’t think America quite gets this yet,” Osterholm said. “This is going to get much worse. This is not to scare people out of their wits. This is to scare people into their wits to understand that because we still have control. We can basically limit the contacts we have with people that will dramatically impact our ability of getting this disease.” Osterhlm summed up the gravity of the situation by saying, “We are about to enter COVID hell.”

You would think that 240K deaths would be a sobering number for republicans, but they are too busy rooting for baseless conspiracies about vaccines and therapies to actually do something to help the country recover. Cruz was lambasted online for his cruel and cavalier comments.

Texas leads the country in cases now. Over a million cases in your state alone. Almost 100 people die in Texas each day – day after day after day. Hopefully it brings their families comfort to see their Senator use their tragedy to own the media. https://t.co/iJ34vb9zaD

Perhaps an ill-fated coup attempt has pushed it to secondary story? Perhaps you missed it when they discussed how 44 states are headed in the wrong direction and 60,000 people are currently hospitalized? Perhaps you should stop defending a bully who blasted your wife and father?

Stupid questions are the point, not answers. Once a literal troll, as @tedcruz has been throughout his analog life, always an online troll. But he’ll always be a pale & limp version of Trump, offline and on, which is perhaps the most pathetic part of his whole Twitter performance https://t.co/zxwFxCWiiJ

We have record cases every day. One thousand dead a day. My brother in law is one of them. If you’re making jokes, go fuck yourself. And if you’re too stupid to know what’s going on, resign.

Cruz tried to bait CNN’s Jake Tapper on Twitter, but Tapper wasn’t having it:

Literally in the tweet you responded to (but obviously didn’t watch) Sanjay asks the CEO of Pfizer that exact question and he answers.

Unfortunately, Cruz isn’t up for reelection until 2024, but in the meantime, we can defuse him by winning the Senate. Click HERE to join the fight to win Georgia.