Look Into the Process Behind AOC's Congressional Questioning | The Mary Sue 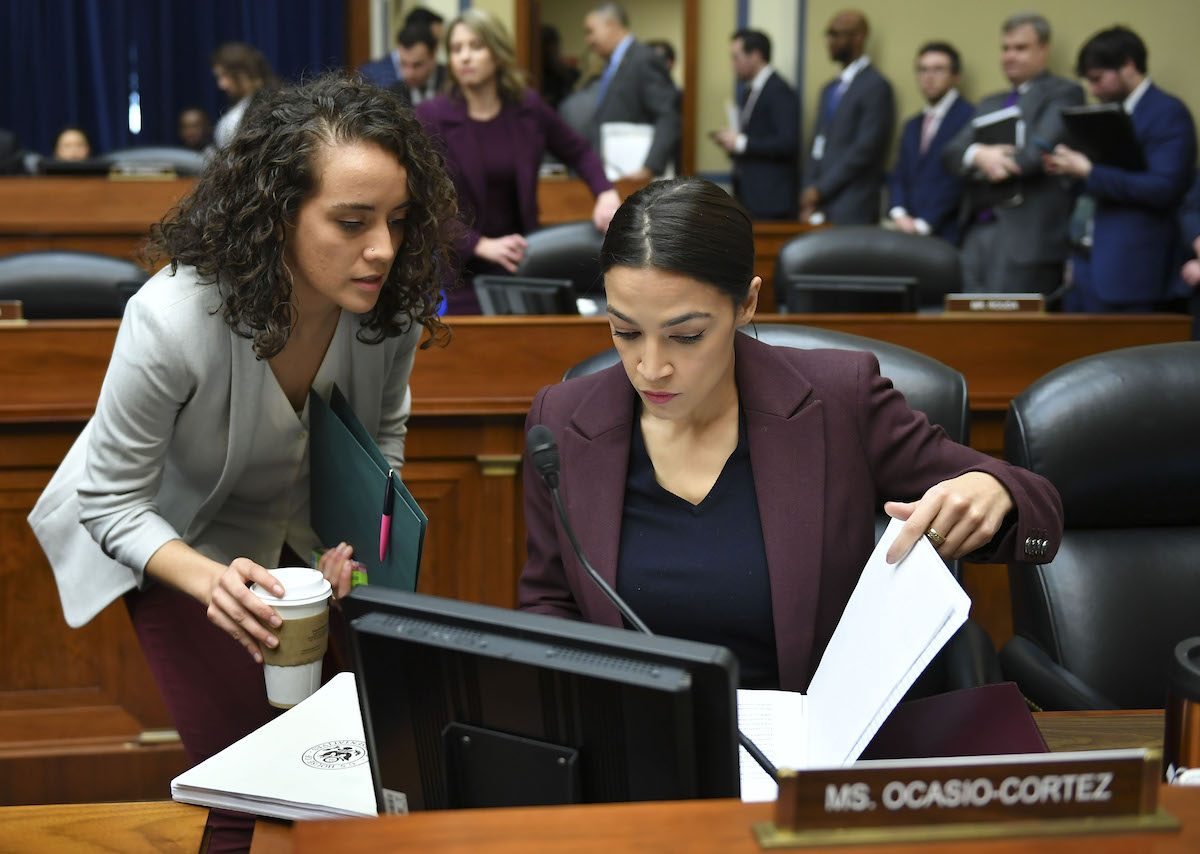 Alexandria Ocasio-Cortez was an impressive force at Michael Cohen’s congressional hearing, using her five minutes of questioning to “expertly [lay] a trap” for an investigation into Donald Trump’s tax returns. She was calm and present (which shouldn’t be so unusual during a congressional hearing, but it really is) and her questions were incisive.

She was impressive and deserves the attention her interrogation has been getting, but, of course, she didn’t act alone. The Huffington Post talked to her staff to get a look at what goes into a moment like this one. It’s a look into Ocasio-Cortez’ process, but more than that, it’s a window into the process of how these hearings work in general, and might be useful for anyone interested in entering politics or just learning more about how these things work.

To start–and something I wasn’t aware of–last weekend, the staff of the Congressional Oversight Committee put together a list of 35 questions that the Democratic members could then choose from.

Ocasio-Cortez’s chief legislative correspondent, Klarissa Reynoso, emphasized the importance of the team AOC has assembled. “If there was one person that wasn’t involved in this question preparation and committee preparation, it wouldn’t have been as successful as it was,” she told HuffPost.

Reynoso is just 24 years old, and one of those Hill staffers who has described having to leave work in a congressional office for a second job in the food industry, since AOC is rare in committing to paying her entire staff a living wage. She oversaw Ocasio-Cortez’s preparation for the hearing.

Ocasio-Cortez has previously revealed that she doesn’t work with speechwriters or even pre-write her speeches. (It’s a different case when she’s required to pre-submit her statements made from the House floor.) But for a Congressional hearing, she and her team worked together to figure out the best way to pursue questioning around the subject they chose from that list: Trump’s efforts to fraudulently deflate the value of his assets in order to reduce his real estate tax bills.

“If we didn’t ask those questions we would be doing an injustice for the American people,” Reynoso said. “We wouldn’t be doing our jobs.”

If you recall from the hearing, Ocasio-Cortez asked about the Trump Links golf course in her borough of the Bronx. The course was funded with $127 million of taxpayer money, yet Trump himself gets to keep all the profits. As AOC’s intergovernmental affairs chief Randy Abreu says, “It’s always been a good representation of the income inequality in the Bronx.”

Apparently, the original item on the Committee’s list only included a question about another golf course in Jupiter, Florida. This made the question personal, both to AOC and her constituents. “The taxpayer-funded golf course in an affluent enclave of New York’s otherwise working-class 14th Congressional District was the perfect emblem of the kind of greed and cronyism Ocasio-Cortez is committed to combating,” HuffPost writes.

From there, the team drafts their questions, citing news articles as needed. They give the draft to Ocasio-Cortez, who “edited the copy with her own flourishes and ad-libbed some of the delivery to make it as accessible as possible to the ordinary viewer.” AOC has a very distinctive voice and a gift for translating dense information into easy conversation, as demonstrated frequently in her Instagram Stories. So she reworded the questions to fit those strengths.

She is also, according to Reynoso, “a very unique Congress member in that you can completely trust her to basically succeed in asking” the questions the staff put together. Given the tangents and grandstanding we see from other Representatives in hearings like this one, it’s not surprising to hear that that ability to stay focused is so rare.

Ocasio-Cortez’s team doesn’t stop working when their questions are done. Since her turn quesitoning came so late in the day, she was able to ask follow-ups regarding previous quesitons that hadn’t gotten satisfying answers. I’m not sure if she sees her late placement as an asset or not, but she certainly did prove that she’s great at getting answers others let slide by.

This brief note in the HuffPost article also says a lot about how much preparation AOC does, and how her sort of campaign lends itself to being able to do the job as effectively as possible:

One advantage Ocasio-Cortez has over some colleagues is that she consistently attends even the most mundane committee hearings, since she does not spend any of her day calling donors for money.

Alexandria Ocasio-Cortez is certainly great at her job, but it’s really cool to see a window into how she and her team work together to make her even better.