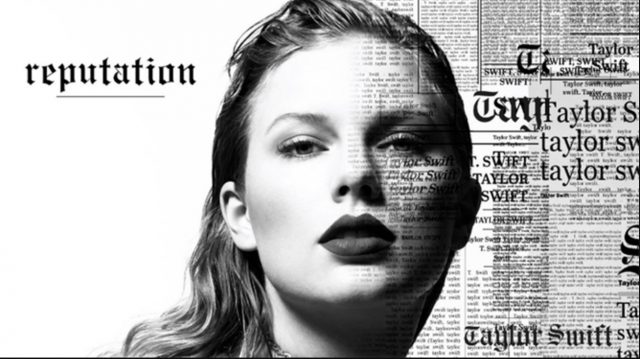 Ever since everyone realized that no one could say for sure who Taylor Swift voted for during the 2017 election, I feel like I have been flooded with think pieces and think pieces about Taylor’s feminism and where she fits in the culture.

At first, as someone who had always rooted for Shady!Swift and hoped that, with the advent of “Blank Space,” she was embracing the diva side of herself, it was kind of fun. Then she got dragged by the second head of the Kardashian hydra, and that was entertaining, but in the end, her fans remained loyal, and sales for her album “Reputation” have basically saved music sales. Yet we still have countless think pieces that dive into the conversation of whether Taylor Swift is a feminist, and if you can like her if you are brown – and honestly, it is way too late for that.

Just like the current dragging of Lena Dunham, it is too little too late. Taylor Swift is one of the most successful pop stars in music. Period. Her fanbase has stayed with her since 2006, with a core group of fans that have followed her from country to pop and beyond. They don’t care who she voted for. In fact, many of them are probably glad to not know. Katy Perry spoke up politically, and she was not rewarded for it by fans who didn’t want their pop stars telling them how to think. Lady Gaga has always been outspoken about everything, so she didn’t suffer any loses. Taylor Swift was more an enigma.

Which seems odd, since she expressed support for Obama previously, has been an outspoken supporter of the LGBT community, and took a groping asshole to court as a way to use her privilege for good:

“I acknowledge the privilege that I benefit from in life, in society and in my ability to shoulder the enormous cost of defending myself in a trial like this. My hope is to help those whose voices should also be heard. Therefore, I will be making donations in the near future to multiple organizations that help sexual assault victims defend themselves.”

However, as we all learned last November when it was revealed that 53% of white women voted for Trump: trust no one. Plus the alt-right has, for inexplicable reasons, taken her on as their aspirational white princess, even though based on our very, very bare-bones knowledge of her politics, she would clearly not give a fuck about them. Yet her silence about them has led to people to assume Taylor cares more about maintaining her fanbase then speaking out.

I mean, don’t get me wrong, Taylor Swift not actively calling out the alt-right is horrible, and if she isn’t gonna be vocal about hating Nazis (the very least any decent human being can do), she should definitely be called out. But we black people have been telling you guys that she’s shady for years. “The Read” podcast can give you plenty of rants about that topic. Yet none of that criticism has stopped Taylor from making bank.

Think pieces about Taylor Swift ring false, because whatever they were trying to do – raise awareness of her messy racist behavior, call out her using her whiteness to play the victim, talk about how horrible her singles for this era have been – has fallen on deaf ears. So I’m tired of reading them. People have already picked a side, and since the album has sold 1.2 million copies within its first week, what has been gained? According to the L.A. Times, “that figure is 41% higher than the combined sales of the other 199 albums that make up Billboard’s top 200 album chart for the week.”

Not to mention, I feel like people just want to work through feeling okay about the fact that they love Taylor even though she might not be ideologically aligned with their values. The podcast “Stuff Mom Never Told You” had a recent episode about Swift being a problematic fave, and how a lot of people feel conflicted about it.

Taylor Swift is a pop artist who makes sometimes great and often mediocre music. She’s not a rapist or a sexual harasser. She is most likely not a Trump supporter. She has huge problems when it comes to race, like literally every other white person on this earth. If you want to listen to her music even though you are a feminist, queer, brown, etc. just listen to it. If you want to call her out because you genuinely feel it is needed: more power to you, but if this a way of working out your own feelings, you are doing way too much. If you feel conflicted about it, don’t pay for it. It is just that simple.

And that is why I took my $11.99 and gave it to my own problematic fave, Demi Lovato (“Tell Me You Love Me” Deluxe Edition, worth every penny), who brought Danica Roem as her plus one to the AMAs. Think pieces are one thing, but giving money to artists you actually like and think are doing the right thing with their political power, that’s more important.