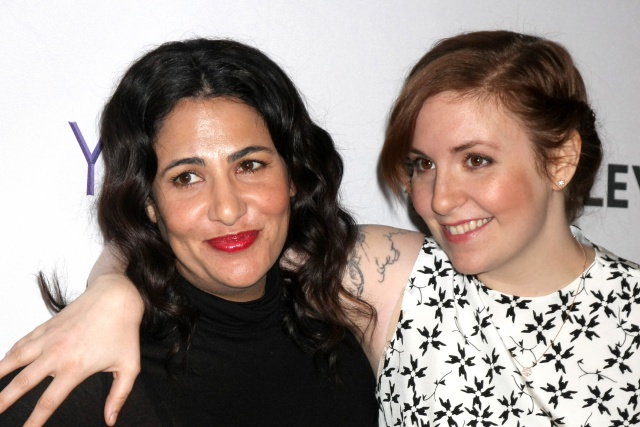 Lena Dunham is probably one of the most influential voices in feminism today. Sadly, her feminism has often ended up being painfully and dangerously white. This weekend, Dunham and Jenni Konner released a statement to The Hollywood Reporter, defending Girls writer Murray Miller against the allegation of assault made by actress Aurora Perrineau.

What a far, far cry from this tweet back in August of this year:

What changed? A friend, a man she knew, was accused, and therefore Lena Dunham used her platform to publicly defend him and call Aurora Perrineau, a black woman, a liar.

Just a few weeks ago, a fellow co-worker directed me to the podcast “Sooo Many White Dudes,” hosted by Phoebe Robinson, and an episode where Dunham speaks to Robinson about her racial mistakes:

We often talk about Taylor Swift and her white female victimhood, but Dunham has this quality in spades. Even in her article with the Gabrielle Union last month in Lenny Letter, she managed to make a question about her racial “dumb shit” an argument about how people pint black women and white women against each other in feminist spaces:

LD: The last question that I had wanted to ask you is about Hollywood and race. When I said my incredibly dumb shit, you were a friend. You were really straight with me, and you said, “Here are all the reasons why this was a problem.” Something you didn’t have to do but did out of love and kindness, and you did it with a firm, wise hand. You said publicly, “I’ve had some conversations with Lena Dunham about race. I wish I could talk to other white actresses.”

We had an honest conversation about the way that white women dominate the space in Hollywood, and then all the headlines were like, “Gabrielle Union shuts Lena Dunham down,” and I remember you texted me and you said, “I wish people could understand that it was possible for two women to have a conversation about the complexity of race. One could educate the other, and it wasn’t like WWF wrestling. It was a dialogue.”

I wondered how you felt about that. How do you feel about that Hollywood tendency to pit women against each other, especially women who come from different cultural backgrounds?

It is not about pitting women from different cultural backgrounds against each other. It is about Dunham not understanding or learning from her mistakes. It is about her acting as though her “dumb shit” is cute or endearing and wanting to act as though people reading her words and taking them at face value is an attack against her. It isn’t. She says “dumb shit” all the time and because, by her own admission, she’s “the worst at self-censoring. I like truly never learn a lesson,” we are just supposed to see it as part of her quirky white-woman-ness.

Well enough is enough of that bullshit. Lena Dunham has been given all of the chances from the very beginning. When Girls first came out and it was slammed for having an all-white cast in Brooklyn, people came out of the woodwork to defend her, saying that “we didn’t make those same complaints about Sex and the City or Friends” and that Dunham was “writing what she knew” and to “give it a chance.”

First of all, if you spoke to any black person or person of color in the ’90s, they would have told you about the blinding whiteness of both of those shows, but that at least in the ’90s and early 2000s, there was more of a balance when it came to black sitcoms and white sitcoms. However, no one cared what we thought, so them’s the breaks.

Also, “writing what you know” is all fine and good, but considering that the same high school she went to, my own black, working class brother went to on scholarship, I know that it is not as white as she claims, and if her inner circle was that white, it was self-imposed.

Finally, we have given her chances! How many does she need to have? She’s 31 years old, and we have 16-year-olds like Rowan Blanchard showing up and leading the movement in a more intersectional way, while Dunham is struggling to not shut down rape accusers? Give me a break. Dunham has no reason to be this ignorant or short-sighted. She comes from a liberal background, a liberal education, and has helped create a big portion of the pop culture feminist circle we live in.

Lena Dunham has more access to the most intelligent voices in black, brown, and queer feminism than black, brown, and queer people! Gabrielle Union, Roxane Gay, Janet Mock, etc. There is no excuse for this sort of behavior, and it is infuriating that once this blows over, she will most likely be fine, and black women and other women of color will be made to look like haters for not standing beside the queen of white feminism.

I do not want to dislike Lena Dunham. Not only does it give me literally nothing, but she can be an important feminist voice. I want to respect her, and in many ways, I have respected some of the work she has done. However, her inability to learn, her inability to think before she speaks, and her need express herself in problematic terms, just because, is all so deeply tied into her white entitlement that I don’t think she can ever really step away from it. Her coming from such a well-off background is both a blessing and a curse, because while it has enabled her to now be her own creative person, it has also made her unable to take a moment and actually think.

Hell, in the February 10th 2017 issue of The Hollywood Reporter, Dunham’s previously discussed “dumb shit” comment, about how no one would think she was a racist if they knew “how badly [she] wanted to f— Drake,” wasn’t even the only:

KONNER I knew [the lack of diversity] would be an issue, but I didn’t think the criticism would be at the level it was …

KONNER But at the time, we were so focused on the struggle of women and the fact that we’d gotten four women on TV.

DUNHAM We had four real women who weren’t famous. I remember Jemima going, “I just had a baby, and I have two different-sized boobs, and I’ve got a huge butt right now because I’m f—in’ breast feeding and I’m the hot girl.”

BLOYS We knew we were doing something that was provocative, but I was still surprised [by the criticism]. There was the diversity stuff, the charges of nepotism [all four lead actresses have famous parents in the arts and media world, including Dunham, whose mom is a renowned photographer], which never made sense. … I think some of it had to do with the fact that Lena represented a new generation breaking through, and that can be unsettling for people, especially because she was a woman and she was someone who was comfortable not being a rail-thin actress.

Yes, because she got four women with different body types on television, and that has never ever been done before … 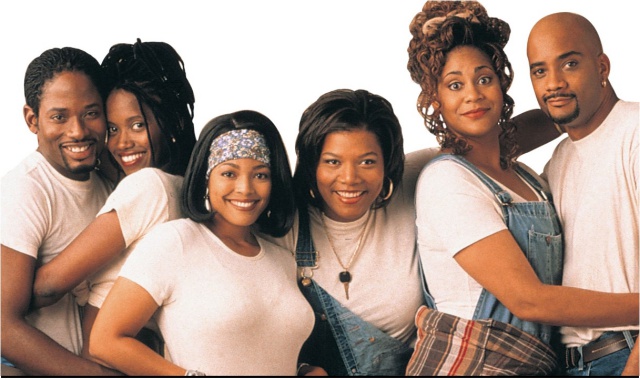 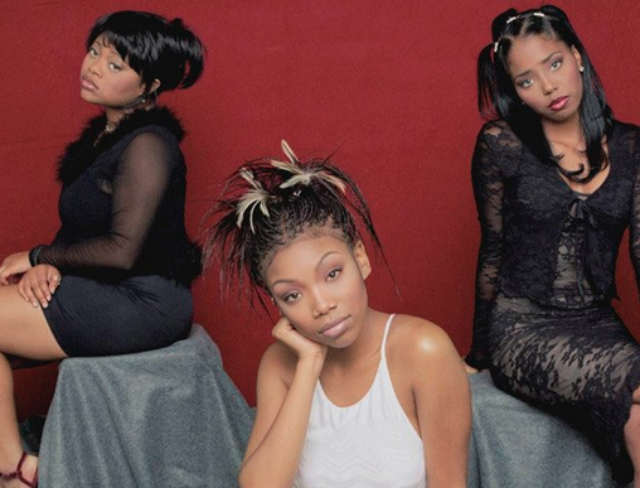 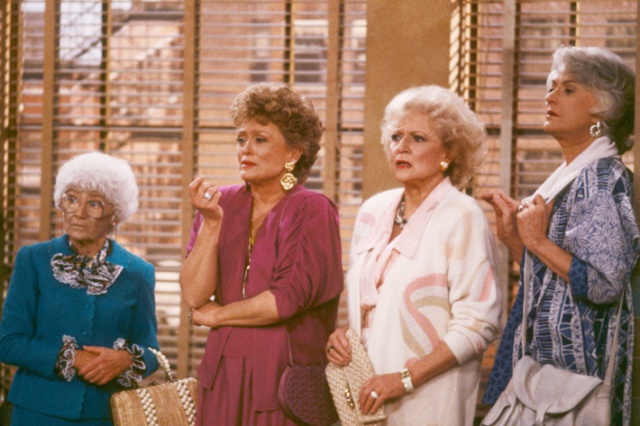 I am not going to (fully) dismiss the importance of Girls to other people. From what I’ve heard, it did a lot of things right, but from the moment people decided that supporting Dunham’s white entitlement television show for the sake of “feminism” was important, it gave her the power to make these same foolish mistakes over and over again.

Women of Color have an even harder time being believed by the media when it comes to rape. Lupita Nyong’o was the only victim of Weinstein’s that he actually denied. So by Dunham “sharing her perspective” with the world in defense of her friend, she has played into a system that shuts down women of color.

While other, smarter people have made the decision to not speak on Dunham and give her the clicks, I had to get this off my chest because this latest “dumb shit” by her is extra damaging. Her “clarification,” which was not at all an apology, was extra infuriating:

This is not an apology; this is damage control for having her feminist card yanked out of her hand by the entire internet, and rightfully so. At the of the day, I don’t have to, need to, or expect to ever like Lena Dunham, but her voice is important and her place in feminism is important. However, if you, as a feminist, cannot be counted on to not publicly stand against someone who said she was raped as a teenager, then why are you even here?

Additionally, Zinzi Clemmons, a now-former writer for Lenny Letter and author of What We Lose, took to Twitter with a powerful statement about her no longer writing for the feminist website that Dunham and Konner founded. She also discussed Lena Dunham’s friends and how they frequently participated in ‘hipster racism’:

We had many mutual acquaintances and still do. Most of these acquaintances were like Lena–wealthy, with parents who are influential in the art world. They had a lot of power and seemed to get off on simultaneously wielding it and denying it.

Back in college, I avoided these people like the plague because of their well-known racism. I’d call their strain “hipster racism”, which typically uses sarcasm as a cover, and in the end, it looks a lot like gaslighting– “It’s just a joke. Why are you overreacting?” is a common response to a lot of these statements. In Lena’s circle, there was a girl who was known to use the N word in conversation in order to be provocative, and if she was ever called on it, she would say “it’s just a joke.”

These “friends” are people Clemmons confirms to have appeared in cameos on Girls and been a part of Dunham’s personal circle. It’s no surprise then that she didn’t have black or brown friends to pull from on her show.

My statement on why I will no longer write for @lennyletter, and the behavior I witnessed firsthand from @lenadunham‘s friends.

It is time for women of color–black women in particular–to divest from Lena Dunham. pic.twitter.com/dxOWCLhTpA

If women of color can’t expect anything from Lena Dunham, then she can’t expect anything from us. Contrary to what she and many white feminists think, women of color have been fighting these battles for a long time. We are used to not having their support; the difference is that now they want us to believe that, by not trusting them, we are picking on them or not giving them space to grow. People make mistakes, but people who really want to change grow from it and grow up. Lena Dunham refuses to grow up.