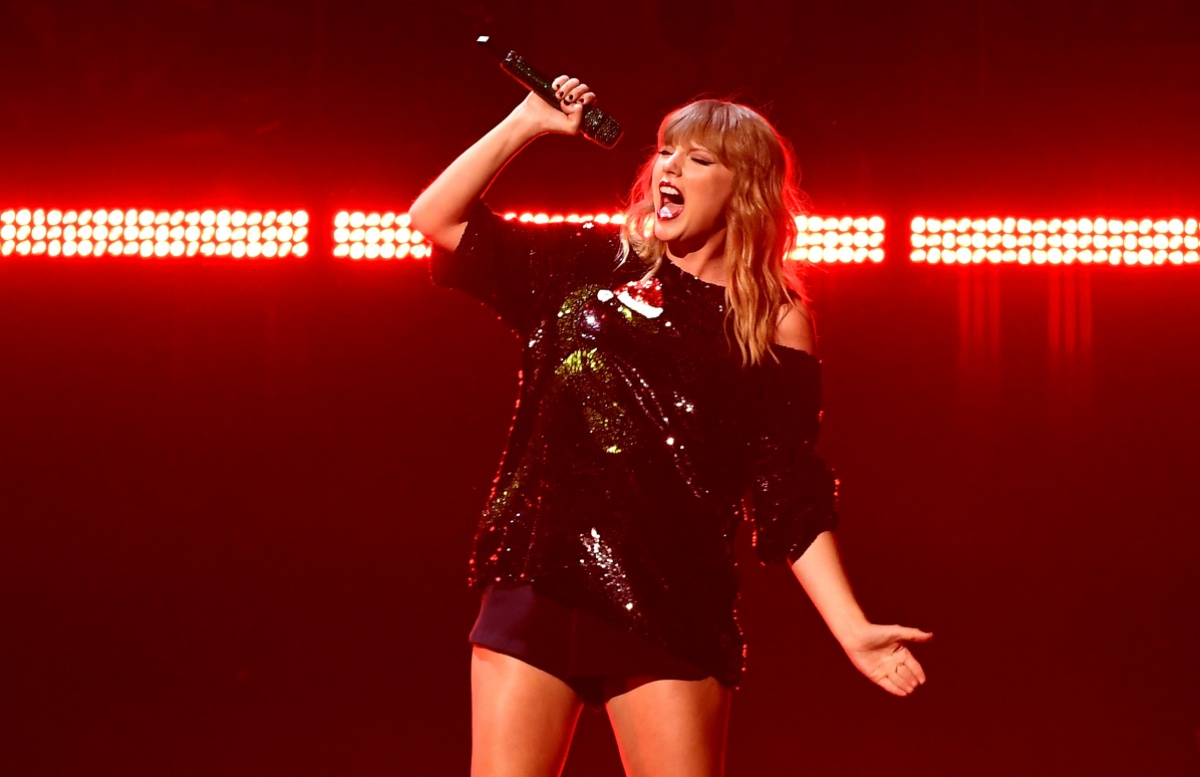 Taylor Swift is a polarizing figure, but whether you think she’s a devil or a savior, most of us had her back last year during her sexual harassment trail (not gonna just call it “groping,” because unwanted groping is sexual harassment) against Denver radio host David Mueller.

The incident, for those who don’t remember, was that Taylor Swift spoke up about Mueller grabbing her butt (sexual harassment) during a photo-op, and once that news got back to Mueller’s employer, he was fired. As a result, the radio “personality” sued Swift for $3 million, claiming defamation. Swift countersued for $1 symbolically, a dollar she hasn’t received as of the TIME cover piece she was on.

During a concert, according to HuffPo, the crossover artist broke from her performance to address the crowd about the significance of the show. It was a year since a Denver jury agreed with her version of the incident.

“A year ago I was not playing in a stadium in Tampa. I was in a courtroom in Denver, Colorado,” a teary Swift, seated at a piano, told the stadium crowd on Tuesday night. “This is the day the jury sided in my favor and said that they believed me.”

“I know when I meet you guys at meet-and-greets and after the shows, you guys tell me about the hard times that you’ve gone through in your lives, and I really appreciate you trusting me with that information,” Swift said. “And you know you guys have seen me go through so many ups and downs in my life just due to the public nature of the way my life is, and I just wanted to say that I’m so happy to see you and to have you and know you through the ups and the downs in my life.”

“Sorry, I just haven’t really talked about it, and so I’m just not composed at all,” she concluded before launching back into the music.

After the events of the case, The Rape, Abuse & Incest National Network (RAINN) said its hotline experienced a “35 percent bump in the days after the trial,” praising Swift’s victory an example, to young women, of the power of speaking up.

Since then, Mueller has remained a piece of crap. He was, of course, hired somewhere else as a radio personality on a radio show in Mississippi, under the name “Stonewall Jackson.”

Imagine being a nobody radio host and getting called out for harassment by one of the most powerful women in music today and still having a job in the end? If Taylor Swift can’t end the career of her groper, it’s time to pull back from this idea that a woman can just come with any claim and destroy a man’s career, in this day and age.