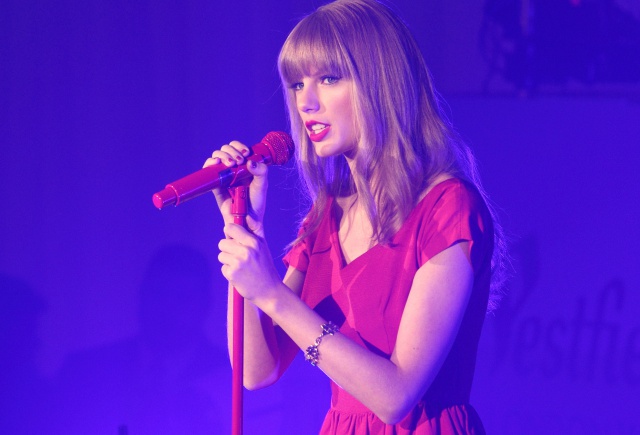 He was the gross radio DJ who tried to sue Taylor Swift for “getting him fired” after she told his boss that he groped her butt back in 2013. He was found guilty of groping Swift last year and ordered to pay her the symbolic $1 she countersued him for, which he has still failed to pay.

Mueller has a new job hosting a radio show in Mississippi, under the name “Stonewall Jackson,” the name of a Confederate general, because he’s just classy like that.

Who decided to employ this convicted groper? Delta Radio CEO Larry Fuss. Fuss has strongly defended the hiring and spoke to the New York Daily News about his decision over the phone.

Spoiler alert: he’s the world’s best liar. Actually, that’s a lie, because the Denver judge who tried the case sided with Taylor Swift, so not everyone who hears his side believes him. Fuss’ words for people who are up-in-arms are equally as obnoxious as his defense of Mueller:

“Most of them need to get a life,” he said. “Most of the response I have seen this morning— there’s been quite a few on our Facebook page, and none of it is radio people, none of it is local people in Mississippi. It’s all originating from some Taylor Swift fan group somewhere. They’re telling people to go to this station’s webpage and post negative comments.

“It’s just people who don’t have a clue, or don’t really have any knowledge of the facts.”

Fact: hearing and believing only Muller’s side of the story while ignoring all of Taylor Swift’s testimony doesn’t make your knowledge of the facts superior. Congrats that the locals in your town do not care that you’ve hired someone who touched a woman inappropriately?

Fuss does admit that bringing Mueller aboard is “maybe a tiny bit” about additional publicity, but he says it wasn’t the main reason.

What I find so frustrating about this is that there exists a narrative that being accused of sexual misconduct can ruin a man’s career forever, but here we find Muller with a new job and a boss who is willing to back him up, despite being found guilty of groping Swift. He couldn’t even be bothered to pay her the $1!

I may not be a fan of Taylor Swift, but she was brave and candid about her experience, and just after she was on the Time cover for being part of the #MeToo movement, the man who grabbed her is being rewarded with a new job. This right here is why women have a hard time speaking out because there will always be people out there willing to cast doubt on you and stand beside men who already proved their faulty character.