This Tauriel Cosplay Makes Me Want To Cosplay Tauriel Even More 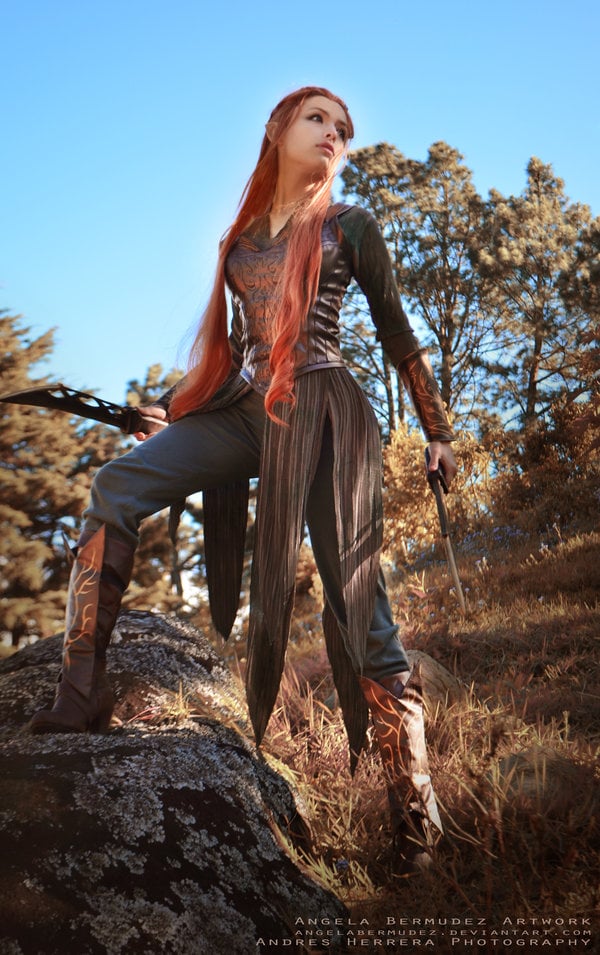 Fan reaction to Tauriel, the newly created elf for Peter Jackson’s The Hobbit films, was mixed. But can we all agree on how cool she looked? As a natural redhead who’s been debating cutting her waist-length hair, seeing Desolation of Smaug made me second guess myself. Purely for cosplay reasons. And then came this. Cosplayer AngelaBermudez on DeviantArt put together a really great Tauriel replica that actually looks comfortable to wear. I’m all about that.