Wow. Tell us how you really feel, Target. 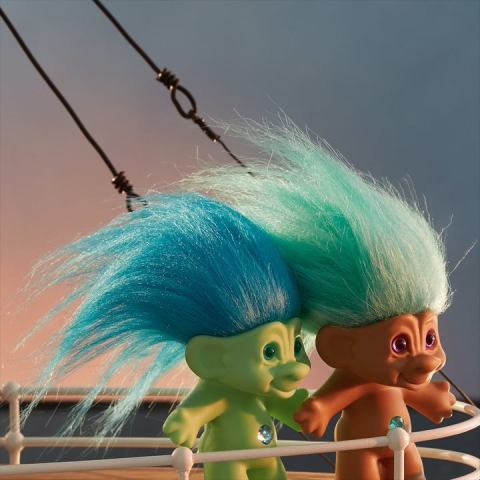 Trolling is pretty much the worst thing, except when its powers are used for good—and Target has just executed possibly the most perfect example of that fact yet.

Oh, did you think that troll doll image above was just editorializing on our part? Nope. After a guy (Mike Melgaard) posed as a Target customer service rep to mess with people who somehow find a problem with toys not being divided up by gender in stores—Can they not tell the difference between girls’ and boys’ toys without signage? Doesn’t that just prove the difference is imaginary?—Target put up the following brilliant Facebook post to drive the message home: 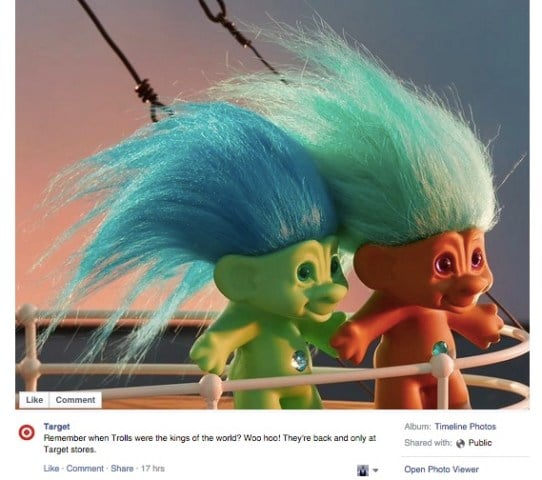 “Remember when Trolls were the kings of the world? Woo hoo! They’re back and only at Target stores.” Damn. You got told, haters.

Despite their obligatory PR speak that the customer service vigilante and his statements didn’t represent Target, their actions in the first place and this post speak volumes about how they really feel. Melgaard was pretty happy to see their support of his trolling, judging by his immensely-liked comment on the photo.