Over 50,000 People Want Target Australia To Stop Selling the Bible, Which They Don’t Actually Sell 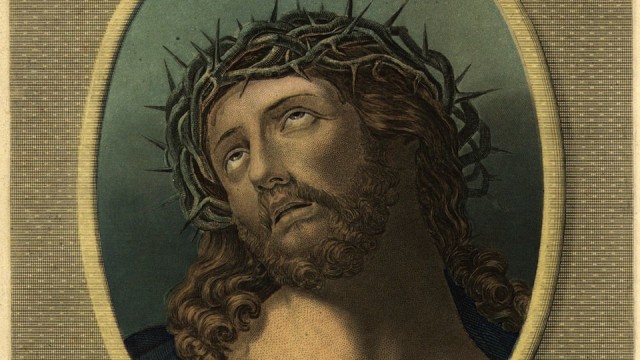 Oh well, let he who is without sin sign the first petition, am I right?

As you can probably already guess if you’ve been following this story, the “Withdraw the Holy Bible” campaign is part of the backlash against Target Australia’s recent decision to remove Grand Theft Auto V from their shelves at the behest of a change.org petition.

Unlike the other more tone deaf counter-petitions, however, like the one that said the store should ban 50 Shades of Grey because it might make men feel bad, this one’s gaining a steady amount of traction and has obtained more signatures than even the original. Their target (pun intended)? The Bible.

It’s a book that encourages readers to murder women for entertainment. The incentive is to commit sexual violence against women, then abuse or kill them to proceed or get ‘god’ points – and now Target are stocking it and promoting it for your Xmas stocking.

This is The Holy Bible. This book means that after various sex acts, readers are given options to kill women by stoning her unconscious, Setting them on fire, cutting off their hands, and killing their children!

One of many fan passages on In The Holy Bible depicts woman being set alight for having sex “And the daughter of any priest, if she profane herself by playing the whore, she profaneth her father: she shall be burnt with fire.” (Leviticus 21:9).

Now that the petition’s racked up such a large number of, surely Target Australia will be forced to respond, right?

@DevonCallaway We don’t actually sell the bible at Target, that’s some pretty impressive numbers though!

@MrHandsss Thanks for your feedback! We do not currently range any religious texts. — Target Australia (@Targetaus) December 7, 2014

“Our point has been made and our voices have been heard regarding sensationalism, censorship and hypocrisy,” petition creator Sharky Sharktech—who is from California, not Australia—wrote in a campaign update yesterday. “However I feel I should remind people that this was always a satirical petition and I never expected it to take off as much as it did.”

He also links to a petition demanding that Target Australia being GTAV back to their shelves, which as of writing only has 25,000 signatures. Guess people are more interested in sticking it to the Bible than buying a game they’ve most likely already own?

Meanwhile, Target Australia’s Twitter account has been tweeting back to every single person who condemns them for their decision, and while most of it is stock responses (“Thank you for your feedback, we’re sorry you disagree”), some of it is pure gold.

@GibberAUS Maybe Fireman Sam can help protect you? http://t.co/RhGRxSE99Z let us know if you want us to locate you one in your area!

You should probably take Fireman Sam up on his offer, bro. You’re gonna need some help with that burn.