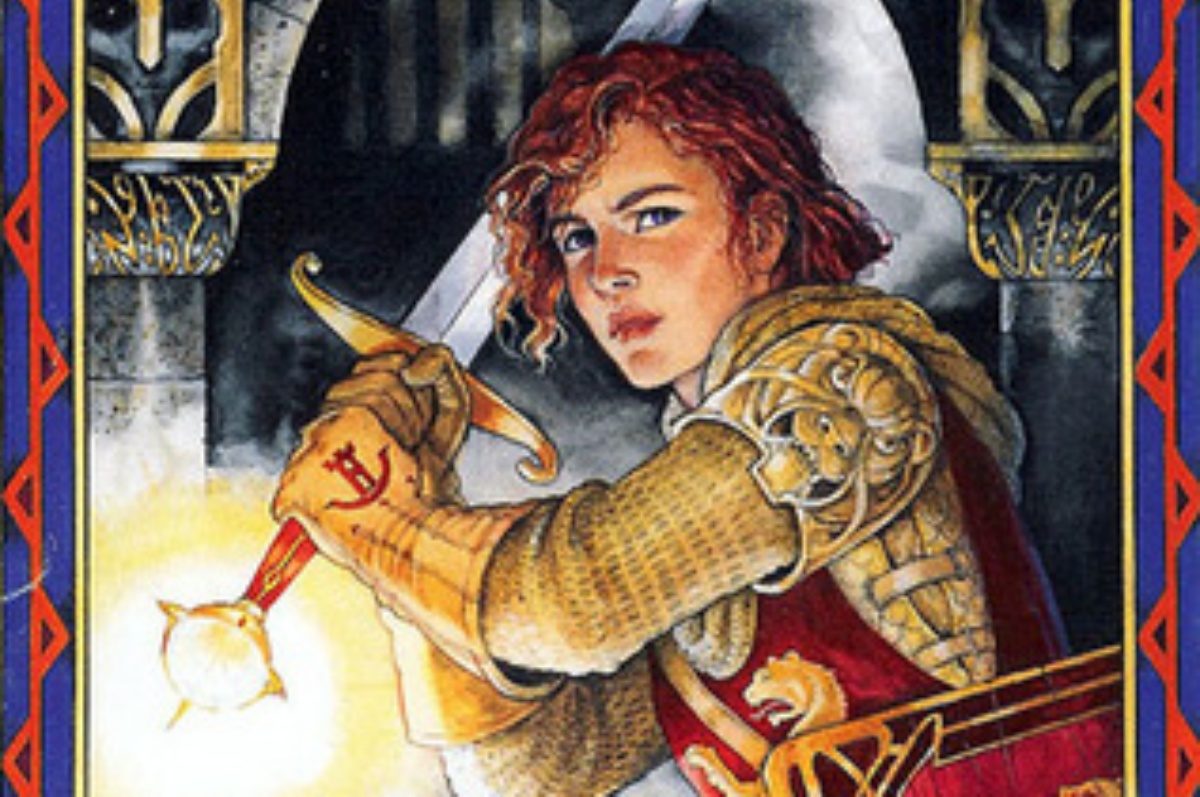 Gender fluidity and non-binary identity are getting a lot of discussion in the press this week. First, Billy Dee Williams made some comments that caused many to assume he identified as gender fluid, but he has since clarified those statements and explained he simply meant he saw feminine aspects to himself but does not identify as gender fluid.

This comes in the same week that Johnathan Van Ness, who identifies as non-binary, landed on the cover of Cosmopolitan, and had to correct those that identified him as a male.

But as we lost Billy Dee Williams, legendary YA Author Tamora Pierce stepped in and added a new character to the gender fluid fold: Alanna of Trebond, the heroine of the Song of the Lioness Quartet.

Alanna has always defied labels. She took the best bits of being a woman and a man, and created her own unique identity. I think the term is ‘gender-fluid’, though there wasn’t a word for this (to my knowledge) when I was writing her. https://t.co/Sb5yydD9jr

As a life-long fan of Pierce’s work and Alanna herself, it makes me so happy to see Pierce saying this. But it also makes me wonder if gender fluid is the correct term for Alanna, given what we know about her, or if it’s being misapplied here like it was to Mr. Williams’ comments (the initial question was about sexuality, not gender identity) … or if I should shut up and not argue with the actual author.

For those of you that haven’t read the Alanna books, the fantasy novels follow the adventures of Alanna, who starts the series as a young girl and disguises herself as a boy in order to become a knight. There’s magic and sword fights and romance, and Alanna has several male lovers throughout the series and eventually marries a man.

I always loved these books (they were the defining novels of my pre-teen years) but never considered Alanna this way. She was part of a long tradition of women in myth, literature, and history who had to disguise their gender to do things that women weren’t allowed to do (like Mulan). Yes, she did things that were considered masculine … but that’s only because her society was sexist and didn’t believe women could wield swords. Does that translate to gender fluidity? Or any sort of queerness?

It could be that, as Pierce notes, I wasn’t thinking in these terms when I read to books because they simply didn’t exist.  I always identified with Alanna, and while I identify as female, I am hella queer, and there was always a queer energy to Alanna that I always appreciated, if never quite articulated until now. Is gender fluid the right term for her inherent queerness? Maybe?

As we’ve seen this week “gender fluid” is a hard term to pin down. Cosmopolitan UK defines “when gender expression shifts between masculine and feminine.” But what things are considered “masculine” and “feminine” are often just societal constructs. A skirt is a piece of cloth, a sword is a piece of metal—they’re only masculine or feminine because society currently says they are.

So the fact that Alanna lived as a man by necessity and did typically “masculine” things doesn’t necessarily make her gender fluid…but then again, if her creator wants to identify her that way and allow people to claim her as a gender fluid icon, that’s great! And anything that gets us talking about societal constructs around gender is awesome.

The response from Pierce and from fans has been really inspiring and lovely too.

I am very humbled! Never in my wildest dreams could I imagine providing inspiration to young creators such as yourself. I’ll be picking up a copy of your book (it sounds wonderful), and as they say in this business, I hope it has very long legs. :-) https://t.co/nrDBYohWaZ

I want to welcome Alanna the Lioness into the #nonbinary umbrella, as they were recently confirmed #genderfluid by @TamoraPierce herself. I’ve been feeling really emotional about this for 24 hours 😭😭😭

We’ll see how this aspect of Alanna plays out in the forthcoming adaptation of the series for television. We’ve already had to deal with JK Rowling identifying Dumbledore as gay after the fact and that detail being glassed over so far in his on-screen presentation. How will Alanna come off on screen, thirty-five years after she was created, when we’re in a very different cultural place when it comes to gender? I hope Pierce’s comments here mean that Alanna will continue to be an icon for readers and viewers of all genders in new ways going forward.