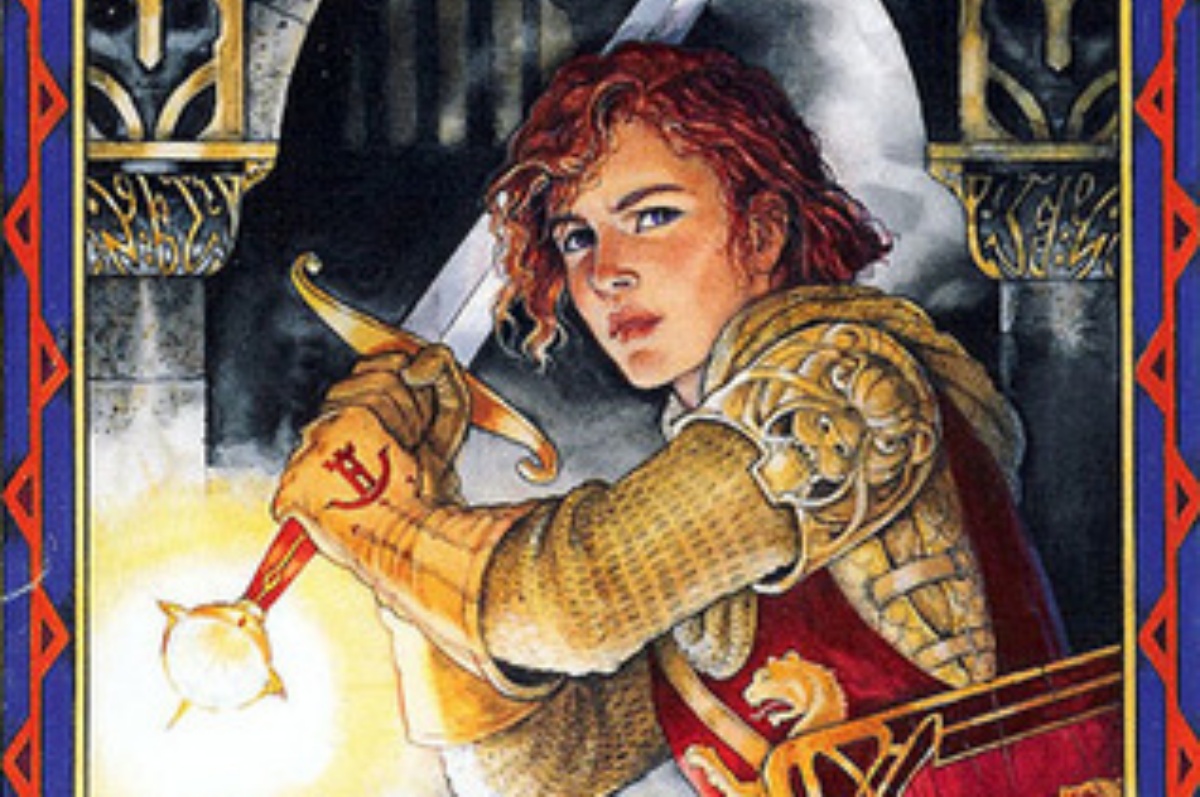 One of my favorite series as a child was the Tortall series by fantasy author Tamora Pierce. If any series shaped a lot of my tastes when it came to who I wanted to be as a writer and creator, it was the Tortall books, which is why I am so excited about the news that it looks like the series might finally get an adaptation.

According to Deadline, Lionsgate and Little Women producer Playground Entertainment have teamed to create a television adaptation of Pierce’s Tortall Universe series. The universe is made up of several series: The Song of the Lioness, The Immortals, The Protector of the Small, Tricksters, Beka Cooper: A Tortall Legend, and The Numair Chronicles. Almost all of them, save the latter, focus on women in the fantasy setting as heroes. Also, because of the feminist themes within the series, it doesn’t shy away from things like feminism, LGBTQ representation, coming of age, diversity, and class relations.

Tamora Pierce made the following comment: “Not only am I over the moon that the Tortall books will be adapted by Playground, but I know my fans will be ecstatic.

Colin Callender, one of the executive producers said, “Tamora has proven time and again that she is an unparalleled world-builder. The breadth of the source material in her Tortall series is staggering and we’re thrilled to be partnering with her to bring these incredible stories to life.”

Especially when viewed as a whole, in my opinion, the series is one of the most compelling and well-developed universes in fantasy. In the first series, The Song of the Lioness, the main character, Alanna, switches places with her twin brother Tho, to go to the royal palace in the city of Corus to train for knighthood, while Thom studies magic. The exploration of gender identity, while dated, hit so hard for me as a child. I especially love how it understood that the only way Alanna could survive her ruse for so long was to have male allies and gave them to her in the form of Prince Jonathan.

Alanna was the first time I remember reading about a woman getting her period, and it was just a normal fact of her existence. It was certainly the first time in a fantasy series I read about a woman getting her period and it wasn’t about trauma or childbirth. Plus, Alanna had casual sex with another person who she did not end up marrying. I was shook at my young age, but in retrospect, it just makes me realize how that is still something you don’t see a lot of in series.

I hope that a woman gets to showrun this amazing series and allow it to be the sex-positive queer feminist series that we deserve. There is a lot of great fantasy out there, but a lot of it has male heroes at the forefront, and it’s time for that to change. There is too much great material for that to be allowed to continue.

(We do have to age down Numair tho because, even though I ship him and Dane, it is very problematic.)

For those who have read the series, which are your favorite Tortall books?