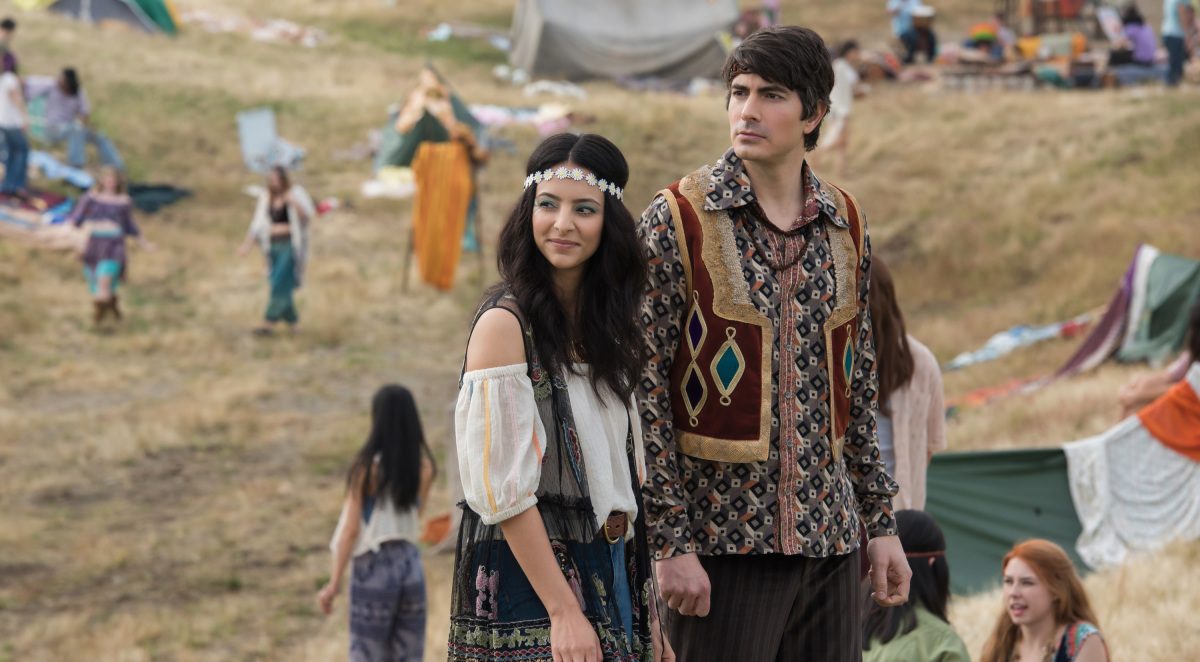 Last year’s midseason finale of Legends of Tomorrow featured a plot that, let’s say, gave the cast some pause, according to Tala Ashe, who plays Zari Tomaz on the CW show. “I think we were like: ‘Okay. I think we did it. We’ve jumped the shark.’” In that episode, a fuzzy, talking Elmo knock-off called Beebo was displaced in time and ended up worshiped as a god by the first Viking explorers of America.

It was silly and weird even for a show that had already done some pretty silly and weird things. (Civil war Zombies! talking to Dinosaurs!). But … it worked. According to Ashe: “That episode was such a hit that I think in a lot of ways it freed us and the writers and everyone up to be like ‘I think this show can kind of go anywhere it wants.’”

And boy, has it. Season one of Legends of Tomorrow was fine. Season two was really good, but season three was bonkers in the best way possible. I talked with Ashe about season three, what we have to look forward to, and the impact of playing Zari, the first (and so far, only) Muslim superhero on television.

For those of you who aren’t fans (yet), Legends of Tomorrow follows a dysfunctional team of B-list superheroes as they travel through time, in a ship called the Waverider, to clean up temporal messes that bad guys, or more often the Legends themselves, created. Ashe joined the crew at the beginning of season three, playing a metahuman from the year 2042 who channels wind powers through an ancient amulet.

The fact that this new addition was a woman and a Muslim American was not an accident, but a direct response to the election of a certain orange menace. During casting, Ashe responded to the nuance of the character immediately. “I thought it was very interesting that she was Muslim American,” said Ashe, but “the language and the text they gave me didn’t focus exclusively on that. And also that she wasn’t wearing a hijab.”

From the very beginning, Zari was different. “These stereotypical ways that we’ve seen Muslims and Muslim Americans represented in our media weren’t happening. I just found that very interesting, and it just spoke to what I later found out to be a lot of nuance that they were interested in having inside of the character.” 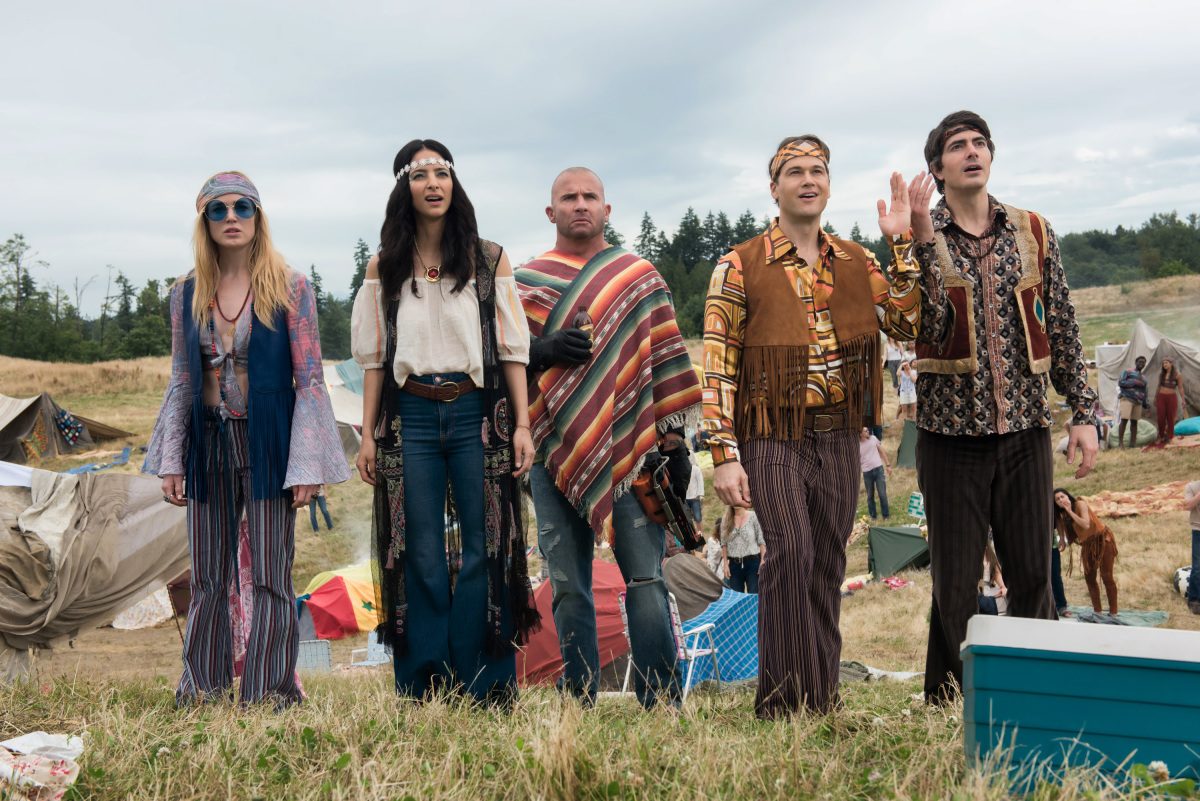 It does help, Ashe agrees, that Zari is not from our present America. “The fact she’s from the future is also an aspect of her personality,” Ashe shared. “Her religion … might not be the same Muslim even that we identify with today.” Zari comes from a world where both superpowers and religion are illegal, so she’s seen “a lot of different ways people can be persecuted if we’re living in a world where being different is not okay.”

Zari is a wonderfully complex character, and her integration into the team led to an episode that was a highlight of season three, “Here We Go Again,” where Zari found herself trapped in a time loop that showed us different sides of her and the crew of the Waverider. “It was a really cool gift,” Ashe said of the episode. “It’s really fun and challenging to get a script like that where you’re like ‘oh. I’m in EVERY scene.’”

It helped Zari find her place in the dynamic of the Legends, a team that’s more a ragtag bunch of screwups with superpowers than an elite squad of heroes. It’s a show where weird wins, because of the heart behind it.

This was extremely evident in last year’s season finale, where the Legends freed the demon Mallus so that they could use the power of six totems (one of which belongs to Zari) to create a super being to fight him. That creature of pure goodness? A giant Beebo, of course! The fight between Mallus and Beebo is one of the funniest and craziest things I’ve seen on any television show.

“I don’t think there’s any way any of us could have known what it would ultimately look like,” Ashe said of the script. But when she finally saw it? “I was just screaming at my TV.”

This next season, Legends is doubling down on the weirdness. Freeing Mallus released a host of other magical creatures throughout all of time, which the Legends now have to deal with. Luckily, this season, they’ll have the help of prickly demonologist John Constantine (Matt Ryan). In the season premiere, Constantine helps the team deal with a rogue unicorn wandering around Woodstock … and killing people. I am happy to report that the episode includes the best on-screen death by unicorn I’ve ever seen—and I’ve seen at least one other (Supernatural, of course).

The premiere is crazy and fun. There’s great camera work, hysterical jokes, and oodles of queerness, but like Beebo, it’s also a kooky, fun thing that succeeds because there’s so much heart behind it. Zari is a big part of that heart. Ashe has a beautiful scene in the premiere where she deals with the fact she cannot use time travel to save her dead family.

“That is always something that she is going to struggle with, and I think what we’re going to watch her grapple with this season,” Ashe said of Zari’s inability to change the past, “and she’s going to be in an interesting position with a couple of other characters who start to want to do that also.”

One character she’ll butt heads with in Charlie, played by Maisie Richardson-Sellers.

For the past two seasons, Richardson-Sellers played Amaya Jiwe, a.k.a. Vixen, but Amaya returned to her life in 1942 at the end of season three. This new character has her face, but not her personality. “Zari really struggles with the fact that Amaya is gone, and yet this shell of her is there.” Ashe hinted that “Maisie is doing such a good job with this new character; it’s so different from Amaya.”

Playing Zari has meant a great  deaj to Ashe. For one, it’s still regrettably rare for a Middle Eastern actor to find a part with such depth and nuance. “As a Middle Eastern actor, I’ve come across so many … either un-nuanced or offensive things, scripts and characters,” Ashe shared. “To be part of this means so much … To be part of a character that I’m really proud of and can really stand behind, because I have played characters that—you know, when I was younger and just said yes to the job—I couldn’t really do that.”

Ashe and the producers of Legends of Tomorrow recognize the importance of this character, and getting her right: “I take it really seriously, and I think what’s been really wonderful is that the writers and the showrunners and the directors do as well, and we’ve all worked really hard and been in a lot of dialogue.”

Zari isn’t only Muslin, but it is a part of her that matters, even in subtle way. “We had an episode where she’s observing Ramadan,” Ashe said. “To my knowledge, that’s never been on TV in the way that we did it. Zari also matters immensely to the fans. It’s been humbling for Ashe “to see outreach that I get literally daily—the people that people that send me messages on social media etc. who say, ‘Thank you. I, for the first time, see myself represented,’ whether it’s about being Muslim American or about being Middle Eastern.”

Ashe has been part of reaching out to fans through Shethority, as well, and recognizes that these stories do have the potential to broaden horizons and help people. “On the days when we’re shooting 16 hours and really tired, I remember that, in a small way, this is making a difference,” maybe to “that kid who didn’t see themselves on TV, because I didn’t.”

From fuzzy toys fighting a dragon beast, to killer unicorns to some of the best, nuanced portrayals of diverse characters out there today, there’s a lot of things on Legends of Tomorrow that you don’t see every day. And that’s why it’s absolutely worth watching.

Legends of Tomorrow season four premieres Monday, October 22 at 9 pm on The CW.