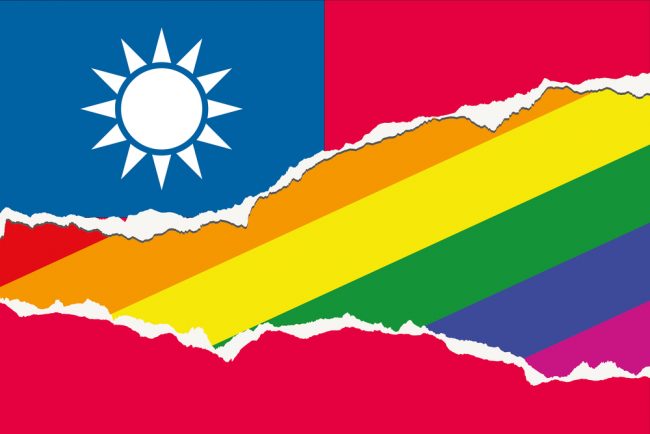 Equality is slowly making its way around the world. Earlier today, Taiwan became the first country in Asia to legalize same-sex marriage.

Taiwan’s Constitutional Court ruled that a provision in the current civil code banning same-sex marriages violated two articles of the constitution that guard human dignity and equality. According to NBC News, “Authorities must now either enact or amend relevant laws within two years, failing which same-sex couples could have their marriages recognized by submitting a written document.”

LGBTQIA activists in Taiwan have been working for this for years, and hundreds cheered outside the legislature when the ruling came down. It was a long time coming, as surveys in the country all point to a majority of Taiwan’s citizens being in favor, as is its current president, Tsai Ing-wen, who also happens to be Taiwan’s first female leader.

The court’s ruling said, in part, “The need, capability, willingness and longing, in both physical and psychological senses, for creating such permanent unions of intimate and exclusive nature are equally essential to homosexuals and heterosexuals, given the importance of the freedom of marriage to the sound development of personality and safeguarding of human dignity.”

To put this in perspective, despite much progress since 2001, in the world’s nearly 200 countries, gay and lesbian couples are allowed to marry in only 22 of them. Taiwan is the first in Asia to legalize same-sex marriage, and South Africa is the only country in Africa to do so. Meanwhile, not only is same-sex marriage legal in only 22 countries, but 70 countries outright criminalize homosexuality.

Which makes this news all the sweeter today.