SyFy's 'Vagrant Queen' Cancelled After One Season | The Mary Sue 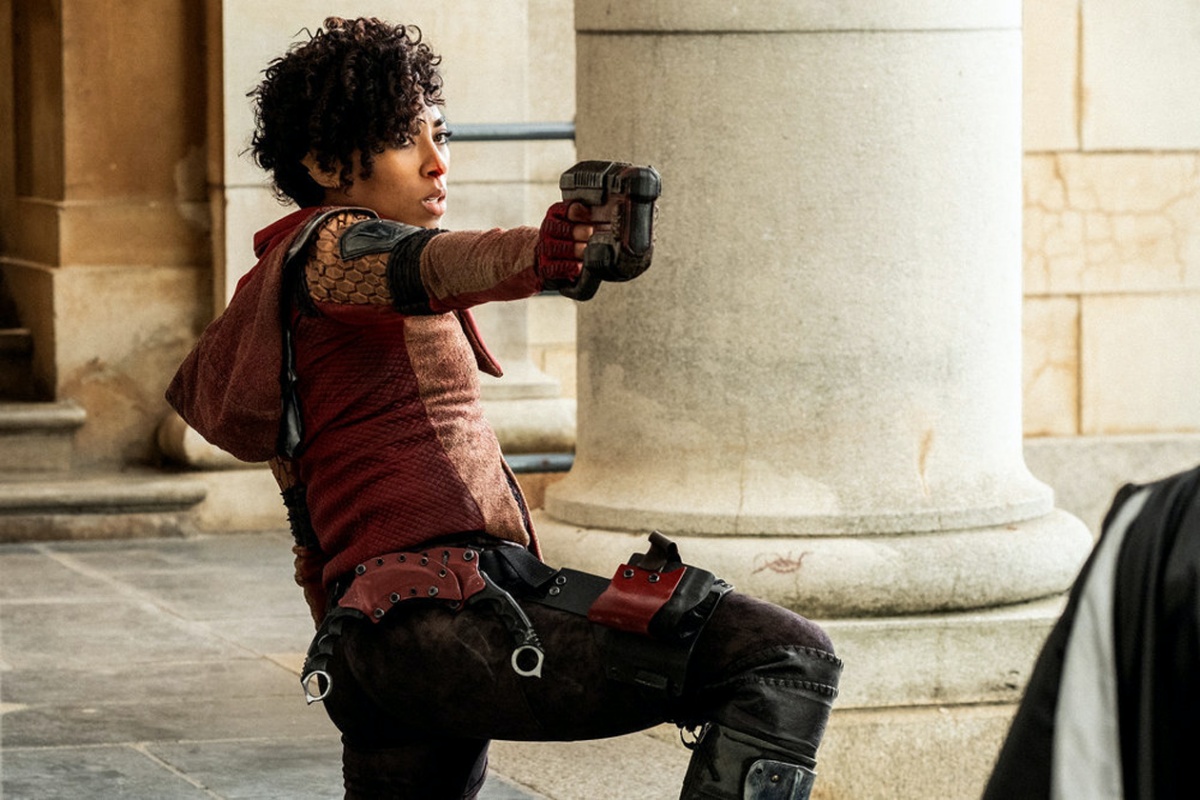 Syfy has ended the reign of its Vagrant Queen a space opera based on the comic book series by Magdalene Visaggio and artist Jason Smith.

For all my #Vagrants. I’m so sorry. I wish I had better news to share about #VagrantQueen. ❤️ pic.twitter.com/BI34ApST2o

Series creator Jem Garrard noted on Twitter (above) that Syfy opted not to renew the series and thanked the show’s cast and crew for all the work that went into bringing this series to life. She is “proud of what we created and the epic adventure we all took together.”

The series followed Elida (Adriyan Rae), the child queen—the best kind—of an interstellar empire, who was deposed like Mary, Queen of Scots and went on the run, becoming a scavenger. When she got word that her mother might still be alive, she took it as an opportunity to reclaim a part of her life. Rounding out the cast are Wynonna Earp’s Tim Rozon as Isaac Stelling (the atoner type), Alex McGregor as Amae Rali (the mechanic and pilot), and Paul du Toit as Commander Ori Lazaro—the bad guy, duh.

I also wanna comment on Vagrant Queen’s cancellation by @SYFY.

This show was an absolutely amazing experience and one that I will treasure for the rest of my life. It’s hard to feel bad about it, for me. One of my books became a TV show! I got to sit in a spaceship I made up!

Syfy has been cutting its volume of scripted originals as it ended The Magicians after five seasons, which seems to be the cutoff even for a successful series. Outside of Wynonna Earp, which is returning for its long-awaited fourth season at the end of July, all of their other scripted offerings are brand new.

According to The Hollywood Reporter, the show struggled in the ratings game:

Syfy moved the series from Fridays at 10 p.m. to Thursdays at 11 p.m. after three episodes in a bid to boost it to a time slot where it has achieved success with late-night programming like The Great Debate and animation block TZGZ and repeats of Futurama. While posting an 11 percent gain week to week with the move, the series still wrapped its run as Syfy’s lowest-rated series among total viewers and in the demo since 2019.

Vagrant Queen wasn’t perfect, but after the glory that was Killjoys, I had been looking forward to another Black-led space show from Syfy. Plus, sometimes it takes shows like these time to find their audiences. Killjoys had a clunky first season, and it turned that around. Hell, all Star Trek shows struggled in their first season. Sometimes it makes a difference to give something time to see if it can be fixed before giving it the axe.