Syfy Cancels Being Human And Everything Is Terrible 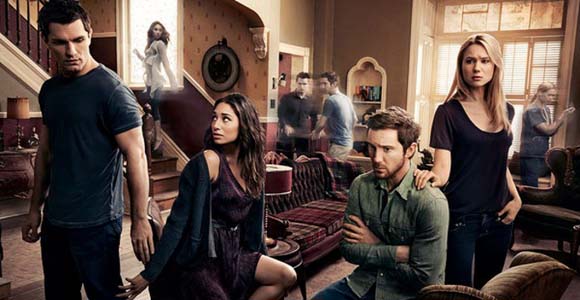 Late yesterday we found out Syfy’s Being Human would be ending its run at the end of the current season. We had a sad.

“Showrunner Anna Fricke and the talented producers, writers, cast and crew have done an amazing job bringing this show to life over the past four seasons and we sincerely thank them and the series’ production company Muse Entertainment for their hard work,” Syfy said in a statement yesterday. “They’ve saved the best for last with the final six episodes that revisit the story’s beginning, leading to a not-to-be-missed send-off for Aidan, Sally, Josh and Nora.”

Star Sam Witwer assured fans on twitter the cancellation wasn’t due to anything but a creative choice. “Wanted to tell a great story from beginning to end. We didn’t want to bleed the concept dry Believe it or not -Artistic decision,” he wrote.

It’s not something I can disagree with, most people thought the original UK version of the Toby Whithouse created show should have ended a season sooner (though I enjoyed the last season), but I’m still upset to see it go. I also find it odd they decided to announce the decision in the middle of the season instead of the start but that’s neither here nor there.

We’d occasionally cover the show, mostly because I’m a fan, but it never got much traction. However, when we posted the news on Facebook late yesterday, there was a great deal of disappointment shared. There was also a chorus of people saying the US version wasn’t nearly as good as the British one, which makes me wonder how much of the US version they actually watched. The two began very much the same but Syfy’s version veered in an entirely different direction. While at first resistant of Syfy’s show, I grew to love the characters quite a bit. Though I do highly recommend the original if you haven’t seen it.

Meanwhile, tons of people are still confusing Being Human with Fox’s Almost Human. So, you know, if you’re into that show, make sure you’re tuning in and talking about it, lest Fox pull a Fox. Anyway, here’s a nice video from the cast saying goodbye. Syfy’s Being Human series finale will air April 7.