SXSW Review: Women Is Losers Is a ’60s-Set Feminist Statement on Being a Woman 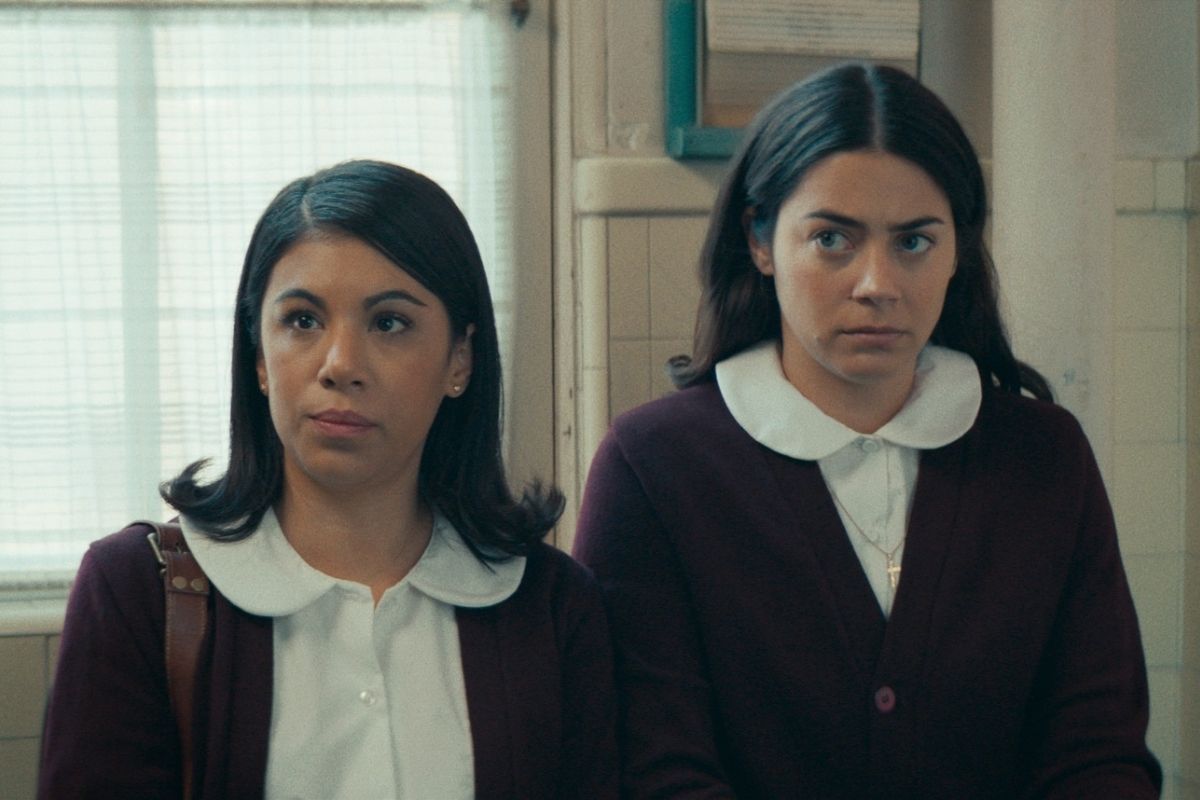 From the very first scene at its SXSW 2021 premiere, Women Is Losers cements itself as a story about women from forgotten communities who fought (and continue to do so till this day) to be seen. It’s a story about feminism, hope, family, and the dangers of not having the proper knowledge. It’s also a story about how we as women are not afforded the same opportunities, the same benefit of the doubt, or the same treatment in comparison to men. And while this is still pervasive in the United States, where this movie is set, we’re leagues ahead because of the sacrifices and push for more from women like Celina.

Our leading lady, Celina, played by Lorenza Izzo, is relatable. She is a Latinx teenager who is smart, kind, and talented. She aces her classes, has big plans for her future, and is just trying to make it day by day until she gets out of her house. Her home situation hit hard, if I’m being honest. I know what it feels like to live with that manipulation borne out of keeping women subjugated under the labels of misogyny and machismo, and it’s sad to think that as much as things have developed since the ’60s, remnants of those things are prevalent in Latinx households.

But the real heart of Women Is Losers lies with Celina and the accidental pregnancy that changes her life. If only she had the proper knowledge to understand what sex is all about. Only then would she have made an informed decision on what she wanted to do with her own body. Because hiding that knowledge and tucking it away as if it were dangerous only serves to put women in situations like Celina’s or that of her friend Marty, who died from a botched and dangerous abortion.

Knowledge and the power to do what they wanted with their own bodies would’ve revolutionized Celina and Marty’s lives. Instead, they were forced to hide pieces of themselves from everyone, because abortion was something highly frowned upon and not protected by law. And in Celina’s case, she was seen as the one at fault, the one that was wrong, and the one that needed to be punished because of her pregnancy like it didn’t take two to tango and make that kid.

Even with that frustration gripping my heart, Women Is Losers moved me. Celina’s struggle to find that knowledge and make a better life for herself and her child was heart-wrenching but unshakeable. With every minute that passed, I felt for her and the obstacles she had to face; whether those obstacles were sexism, misogyny, or racial profiling. And when she triumphed—because oh did she soar—I was right there with her, cheering her on and feeling like if she could flip the bird to naysayers when it comes to women being treated like garbage, then so can I.

Lastly, and honestly one of my favorite parts of Women Is Losers, are the scenes where marginalized communities helped each other. I’ve personally encountered this in my life multiple times, and seeing marginalized communities come together and support each other when things get tough felt real. Because we know what it’s like to be treated differently because we’re women, Latinx, or speak another language besides English. And the only way to survive sometimes is by coming together to create communities of our own as Celina did in Women Is Losers.

That’s how change happens and how communities grow. It’s also how we put the past behind us—without forgetting it—to create a better future where women have the knowledge and rights to do what they want with their bodies. Because our rights as women have grown exponentially since the ’60s, but the ’60s weren’t that long ago, and we’ve still got plenty of sexist and misogynist garbage to get rid of in our lives and in our government. Women Is Losers is a reminder of that fact and a call to fight for more.

(image: Look at the Moon Pictures)