Demi Lovato: Dancing With the Devil

In 2018, Demi Lovato embarked on a world tour, which was also set to be the subject of a concert documentary. Both the tour and the doc were shelved when Lovato, who had been six years sober, overdosed on fentynal-laced opioids. She suffered multiple strokes, almost dying, and was left with permanent damage to her vision, among other effects.

Dancing With the Devil, a four-part series now on YouTube, weaves that original 2018 footage together with interviews with Lovato, her friends, her professional team, doctors, and musical legends including Elton John, who is himself 30 years sober.

The docuseries is presented as a no-holds-barred endeavor and Lovato repeatedly says she’ll talk about anything. Some of that is to set the record straight on things that were gotten wrong (her friend and former creative director, for example, lost work and had to leave her home after receiving death threats when the internet wrongly decided she was to blame for Lovato’s overdose) but mostly it seems to be a means for Lovato to heal and an attempt to destigmatize addiction and mental health issues for her fans, many of whom are young women and girls.

Lovato discusses everything from her complicated relationship with sobriety to the sexual assault she experienced as a young Disney star enmeshed in the network’s obsession with purity culture. The series is heartbreaking and inspirational, and manages to feel both very intimate while also embracing the sweeping scope necessary for a documentary about a major pop star.

Dancing With the Devil is available to watch now on YouTube.

Alien on Stage is the perfect film for anyone who’s ever wanted Christopher Guest’s movies to be documentaries. It is essentially Waiting for Guffman, but if Guffman actually showed up and took the extremely amateur show to the West End of London.

This documentary centers on a group of bus drivers from the village of Dorset, England, whose amateur theatre group forewent their usual comic pantomime fare to stage a live production of the movie Alien. It didn’t go over too well with their usual audience but it did attract the attention of a couple of filmmakers from London, who set up a crowdfunding campaign to bring the show to London.

What makes Alien on Stage so great is that while the filmmakers find comedy in the production that the troupe didn’t know was there, the film is never laughing at them. You can tell that the people behind this movie genuinely love the show. And of course they do. It’s legitimately great. It’s hilarious and campy and the emotional moments land, as do the scares.

The entire ensemble is spectacular but the production’s real MVP is Pete Lawford, a late night supervisor at the bus company who also happens to be an actual genius when it comes to recreating the movie’s special effects on stage. With no training beyond internet how-to tutorials, Lawford creates real magic.

Using the 50th anniversary of the Miss Black America pageant as a backdrop, Jennifer Holness’ Subjects of Desire explores issues of shifting American beauty standards and how they affect Black women specifically. The film doesn’t follow the pageant (which was created in response to the then-white-only Miss America pageant) itself, but rather uses it at a jumping-off point for discussions about America’s shift towards a more global view of beauty and the ways in which that affects Black women.

The film comes in at a tight 100 minutes but its scope is wide. Conversations with pageant participants about their own personal experiences with our society’s stereotyping of Black women are intertwined with deep dives into the history of how Black women’s bodies have consistently been filtered through white America’s self-centered and self-referential ideals, from enslavement to Blackfishing on Instagram.

Holness keeps the film moving at a quick pace while still giving real weight to every subject presented, cutting between interviews with young Black women, scholars, musical legend India.Arie, and even the modern face of cultural appropriation herself, Rachel Dolezal.

Subjects of Desire is a deeply poignant exploration of complex issues–a celebration of Black women while analyzing the myriad different angles from which white American society insists on attacking and appropriating the beauty and power of those women. It doesn’t have a release date yet but when it does, consider it a must-watch. 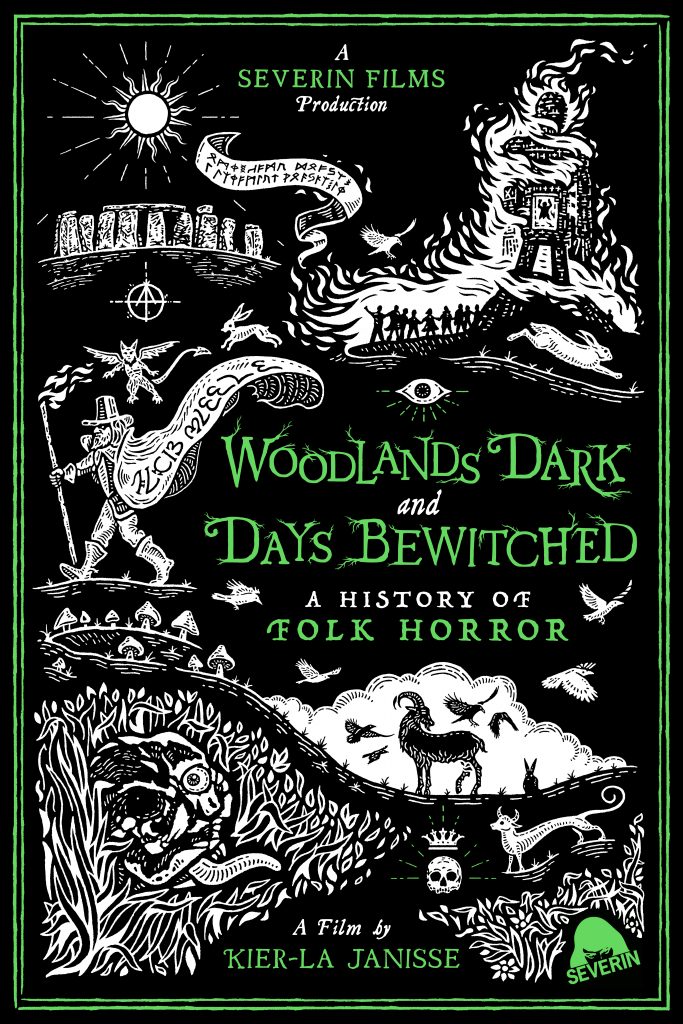 Woodlands Dark and Days Bewitched: A History of Folk Horror

Woodlands Dark and Days Bewitched is such a deep dive into the history of folk horror, it’s basically an entire college survey course on the subject. At three hours long, it’s incredibly comprehensive, with 50 interview subjects touching on over 200 films and television plays and episodes.

Kier-La Janisse’s documentary tracks the history of the genre across continents and over centuries. It also explores real-world movements that have inspired cinematic trends, like how the suffragist movement just happened to correlate with a surge in witch movies.

Janisse clearly loves and appreciates folk horror (you don’t make a three hour documentary about something you’re indifferent towards) but she also does not hold back in addressing its many flaws. There is deep misogyny in this genre,

Woodlands Dark and Days Bewitched is incredibly dense but is well worth a watch for horror aficionados and those with a budding interest alike.

Woodlands Dark and Days Bewitched is coming later in 2021.

David Holthouse spent years working as a gonzo investigative journalist, reporting on everything from meth addicts to Burning Man to neo-Nazis. But there’s a mystery from his own past that he’s never explored until now. As a young man, he did a short stint working on a pot farm deep in the remote woods of Northern California. The summer he was there, three Mexican men were killed, their bodies mutilated. And what he was told was that they were killed by Bigfoot.

The three-episode docuseries takes an earnest approach to answering the question: Is Sasquatch real? Rather than try to prove it one way or the other, though, he just gathers the evidence. He talks to academics and to Sasquatch truthers, including a married gay couple with very different views on what Sasquatch is and is not, who are probably my favorite people in the entire series.

The series quickly takes a hard turn, though, when Holthouse begins to uncover more about the culture of the California pot industry. So while this definitely is a series about bigfoot, it’s also an exploration of crime and racism and all the things that those dense Redwoods try to hide alongside the cryptids.

Delia Derbyshire: The Myths and the Legendary Tapes

Delia Derbyshire was one of the pioneers of electronic music, best known for creating the iconic theme song to Doctor Who, although her work in experimental sound goes far beyond that one hit.

Delia Derbyshire: The Myths and the Legendary Tapes is half documentary, half biopic. It follows Derbyshire’s career starting at the BBC’s Radiophonic Workshop–a placement that was viewed by most as a punishment but which she sought out. Driven by a love of mathematics, music, and sound, her goal was to create sounds that had never been heard before. She laid the foundation for an entire musical movement, battling stark 1960s sexism to do so.

Writer/director/star Caroline Catz’s film follows Derbyshire’s extraordinary career through dramatic reenactments, interwoven with archival footage and interviews with Derbyshire, as well as with her colleagues and other musicians. Musician Cosey Fanni Tutti remixed Derbyshire’s work to form the film’s score.

The film is a fascinating watch for those interested in experimental music and/or brilliant, pioneering women.