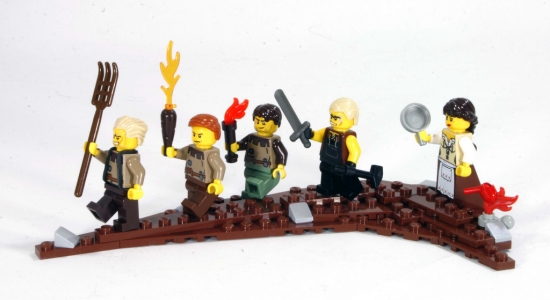 So far at least 27 people involved with the riot have been arrested in Gothenburg, Sweden. The teens went after a girl they believed had started an Instagram account that asked people to anonymously send photos of young girls from the area and any sex acts they’ve been involved with.

The teens started a group on Facebook encouraging one another to go to the school to confront the girl. Police knew about the group and were already on the scene when the mob of teenagers arrived, but things quickly escalated with bottles and rocks being thrown at officers.

There are a lot of lessons to learn from this story.

All of these things, in general, are a bad idea.

(via The Local, image via eldeeem)