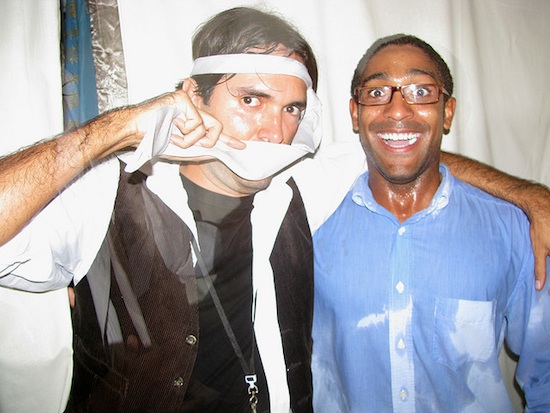 Sweating — it’s not just a thing to do profusely while talking to the really cute barista anymore! The bodily function that’s ruined more items of apparel than coffee spills and sloppy joe dinners put together has some unexpected properties that make it a key factor in properly healing wounds on the skin like scrapes, burns and ulcers.

Your body, which you should remember is kind of gross at a high enough magnification, is pretty much covered in millions of tiny eccrine sweat glands. According to researchers from the University of Michigan, those glands don’t just serve to keep you cool when you’re at risk overheating. They also act as reservoirs for the new skin cells your body needs to repair a scraped knee or a singed fingertip.

Until now, it was thought that wounds on the surface of the skin healed from the outside in, with new skin cells being created by existing skin cells and hair follicles around the edges of the injury. This new study, though, suggests that much of the healing of wounds like scrapes and bedsores is actually done from beneath the wound, and that sweat glands are doing the dirty work of producing new skin cells to close up injuries.

While the discovery may have come late, it’s certainly better than never, as the new study, published online in the American Journal of Pathology, shows how unique this method of healing is to humans, and opens up new avenues to look into healing techniques and best practices that could save hospitals big bucks and patients a lot of suffering by improving care for ailments like bedsores.

(via University of Michigan)