Trolls are Spoiling The Force Awakens on Star Wars: Battlefront 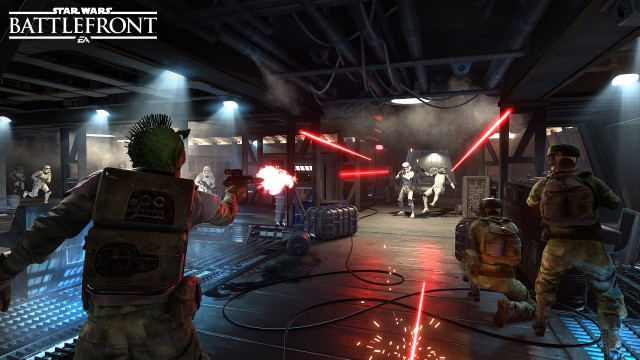 So basically, nowhere is safe.

According to users on Reddit, people are posting Star Wars: The Force Awakens spoilers in their avatars on Star Wars: Battlefront. Of course this coincides perfectly with the the promo that went out encouraging people to play this weekend for the change to earn double score and credits this weekend only–no doubt a tie-in to the TFA release. At this point, while it might be tempting to level up faster, maybe it’s better to not play so you can avoid running into any miserable sacks who want to ruin the movie for you before you’ve even seen it.

Unfortunately, I had a major plot point spoiled for me in the comments of the TMS Facebook page–and there’s also a pretty ruinous screencap making its way around the Internet, too. Since it happened only a day before I was to sit down and watch the movie myself, I was pretty livid. In this day and age of social media, the most common suggestion is for people to unplug–but when part of your job is to moderate comment sections or to be an active part of social media, staying off the Internet isn’t really an option.

Did getting spoiled completely ruin my experience of watching The Force Awakens? No. But it’s sad and disappointing that there are people out there who can’t seem to allow others the same opportunity they had to find out all the secrets that Lucasfilm and Disney have been keeping so tightly under wraps.

There are plenty of places for people to talk as many spoilers as they want to about The Force Awakens for the time being. We waited longer than this to see the movie; we can wait a little longer until everyone’s ready to talk about it with us.