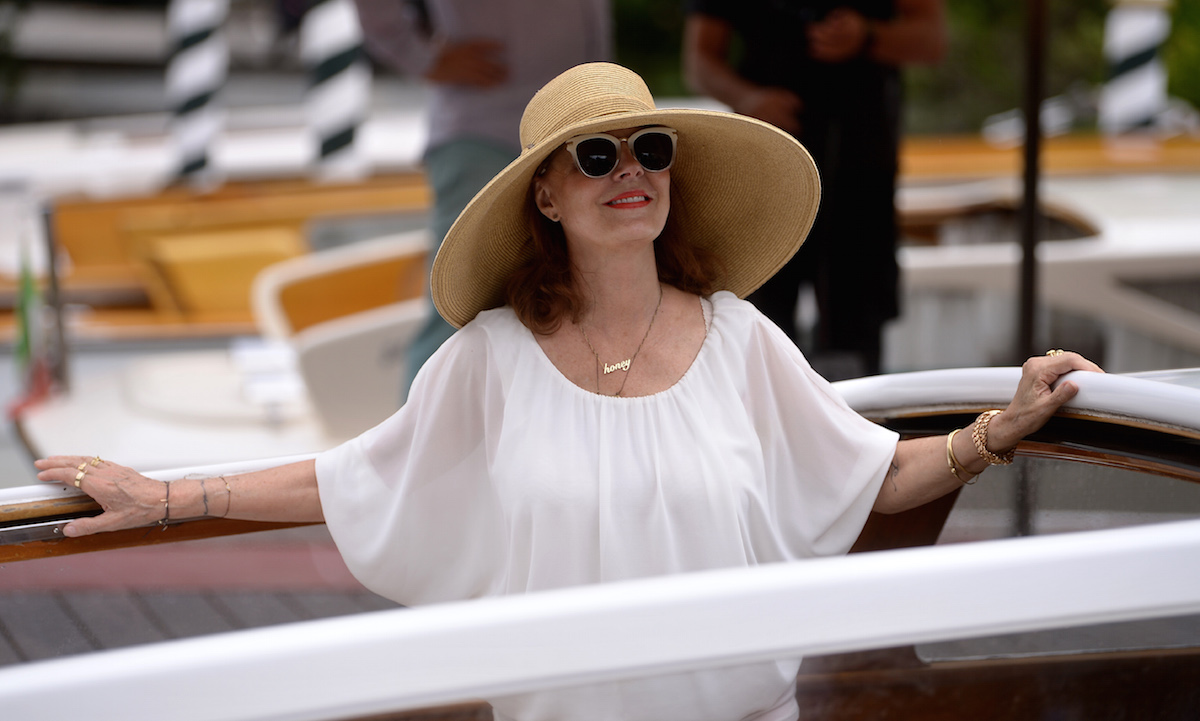 Oh hey, it’s been a while since we’ve talked about Susan Sarandon. It’s been some time since she credited the Trump presidency for giving us “a populace that is awake” (as if much of the populace didn’t need a racist, xenophobic, antisemitic, misogynistic administration to be “awake”), since she praised the “energized” revolution brought on by the complicit Jill Stein voters like herself, or since she seriously didn’t recognize the hypocrisy in giving interviews about the merits of socialism and voting via one’s conscience (read: that “identity politics” thing rich white people don’t seem to think applies to them) from elite, lush, private members-only Manhattan clubs.

It’s been a while since all those things happened, but most of us haven’t forgotten. Most haven’t forgotten the high-profile celebrities who used their platform to dissuade people from casting their votes for Hillary Clinton in the general election–which is very different from throwing their support behind Bernie in the primaries. When something horrific happens like the Supreme Court upholding Trump’s racist, xenophobic, anti-Islamic travel ban, or the retirement of a Supreme Court justice that will inevitably result in only another justice eager to uphold similar actions, you know who we don’t want to see voicing their opposition? People like Susan fucking Sarandon.

.@SusanSarandon has joined the #WOMENDISOBEY blockade of the DOJ. Next up, we march to Congress to #AbolishICE and #EndFamilyDetention.

Susan Sarandon didn’t cause Trump’s election. But she was a prominent, high-profile voice fighting his opposition. Her concerns about Hillary Clinton (namely her lack of vocal opposition to the Dakota Access Pipeline) were valid, but Sarandon placed her objections to specific aspects of Clinton’s campaign above so much else, so many issues we’re now fighting. From Trump’s immigration policies to his ability to change the ideology of the Supreme Court in a way that severely jeopardizes the preservation of Roe v. Wade, none of which are new fears–they were all visible on the election trail. So sure, Susan Sarandon is allowed to protest. But we are all allowed to call her a hypocritical asshole making use of her privilege to decide which issues she feels like protesting and when.

Where is Susan Sarandon today? I wonder. Pretty sure it’s not a detention center where she’ll be prevented from ever seeing her three children again or a fake women’s clinic where a pretend doctor is giving her misleading health information about her own body.

I feel a series of rage tweets coming on. Trying to control myself. Must…[email protected]

Oh hey ⁦@SusanSarandon⁩ is this “interesting” enough for you now? How dare you show your face at a protest against ⁦@realDonaldTrump⁩ when you did nothing to help stop him? Fuuuuck you #ThursdayThoughts pic.twitter.com/HW1XfrV6GV