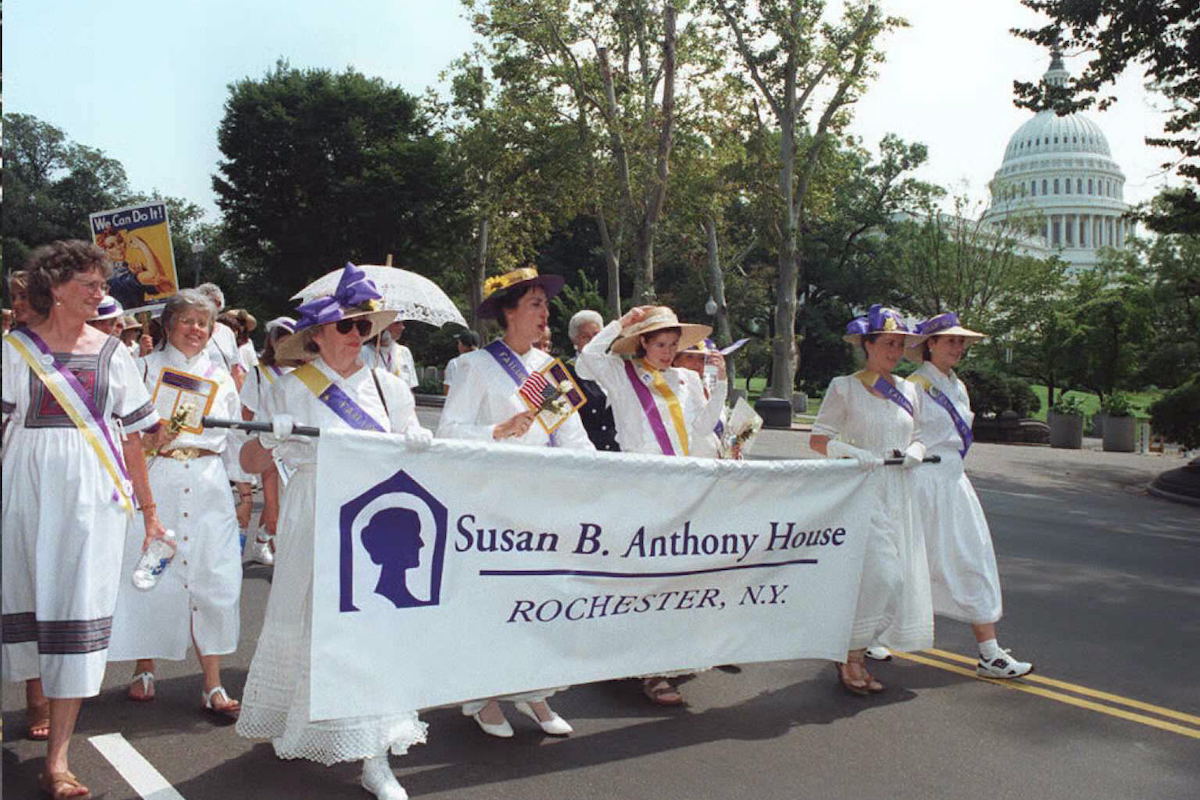 After Donald Trump issued an official presidential pardon to Susan B. Anthony earlier this week, the museum dedicated to honoring the famed suffragist’s life and work has responded with an objection and rejected his empty gesture.

For a whole host of reasons, Trump’s sudden decision to pardon Anthony seemed to have a lot more to do with him and his need to pander to white women than it did with Anthony herself—not the least of which was the fact that Anthony famously did not want to be pardoned while she was alive.

Anthony was arrested in 1872 for voting, which was illegal for women to do at the time. She was denied a trial by jury (or rather, there was a jury but the judge instructed them to find her guilty since she admitted to committing a crime) and instructed to pay a $100 fine, which she never did.

Anthony wrote in her diary in 1873 that her trial for voting was “The greatest outrage History ever witnessed.” She was not allowed to speak as a witness in her own defense, because she was a woman. Judge Hunt dismissed the jury and pronounced her guilty.

To have paid that fine “would have been to validate the proceedings,” wrote the museum. “To pardon Susan B. Anthony does the same.”

The museum had some suggestions for more appropriate ways in which Trump could honor Anthony, if that’s what he actually cared about doing, which of course, it isn’t.

If one wants to honor Susan B. Anthony today, a clear stance against any form of voter suppression would be welcome. Enforcement and expansion of the Voting Rights Act of 1965 would be celebrated.

We must assure that states respect the 14th, 15th, and 19th Amendments to the United States Constitution.

Advocacy for human rights for all would be splendid.

“Anthony was also a strong proponent of sex education, fair labor practices, excellent public education, equal pay for equal work, and elimination of all forms of discrimination,” the thread continues. “As the National Historic Landmark and Museum that has been interpreting her life and work for seventy-five years from her home and headquarters, we would be delighted to share more.”

(via Susan B. Anthony Museum on Twitter, image: NICHOLAS KAMM/AFP via Getty Images)