A Survivor Contestant Was Ejected Over Harassment Incident 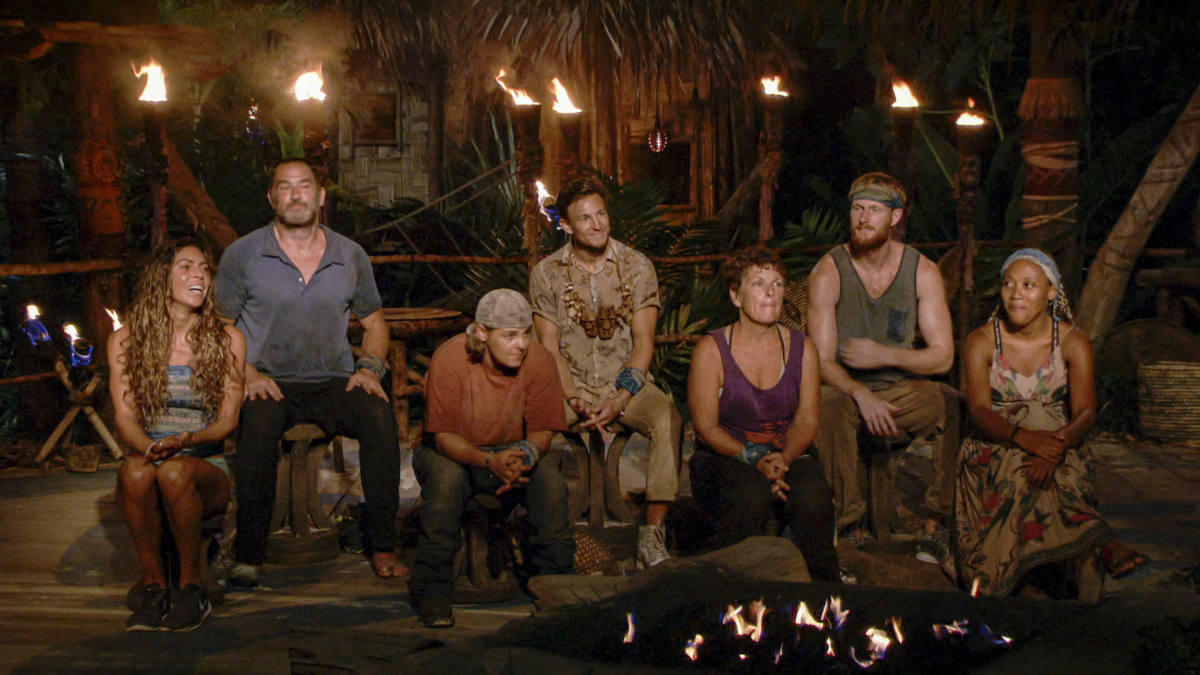 This is a landmark season for Survivor, not because of any special moves in the game, but because for the first time a contestant has been ejected from the game for inappropriate behavior toward female contestants.

Dan Spilo, seen second from the left in the above picture, is a talent manager based in LA whose clients include Jared Padalecki and Kal Penn. He made waves from his first days on the island where the way he touched women caused contestants to be uncomfortable. Contestant Kellee Kim brought up the unwanted touching in episode one, but it continued to be an issue.

On day 22, in an unprecedented move, production stepped in after Dan continued to make women, including Kim, uncomfortable. There were discussions on screen and off of Me Too, harassment and the issues the women had with Dan. Dan was also given a formal warning about touching people by the producers. At that time CBS issued a statement:

In the episode broadcast last night, several female castaways discussed the behavior of a male castaway that made them uncomfortable.  During the filming of this episode, producers spoke off-camera to all the contestants still in the game, both as a group and individually, to hear any concerns and advise about appropriate boundaries. A formal warning was also given to the male castaway in question. On Survivor, producers provide the castaways a wide berth to play the game.  At the same time, all castaways are monitored and supervised at all times. They have full access to producers and doctors, and the production will intervene in situations where warranted.

Fast forward to last night’s episode, where, on day 35 of 39, Dan was removed off-camera after tribal council. A title card appeared on screen stating: “Dan was removed from the game after a report of another incident, which happened off-camera and did not involve a player.”

In an interview with EW, host Jeff Probst discussed this unprecedented move. In 39 seasons Survivor has never removed a player like this, but the venerable show is dealing with, as Probst told EW “Complex social issues […] woven into the game in a way we have never seen before.” This move also comes after Survivor’s network, CBS is under scrutiny for a sexist culture and actions by former CEO Les Moonves.

It shows growth and movement that Spilo was removed from the game, and that’s good. His behavior didn’t happen in a vacuum and is part of a much larger problem with the way men treat women every day. It’s also prompting changes in Survivor, and hopefully CBS as well, according to Probst:

While we still want to maintain the competitive aspect of the game, above all, we want to ensure that all players always feel safe and respected. These conversations both internally and with outside organizations will continue.

It’s good that his actions were not tolerated and that he was removed, but Dan Spilo will leave Survivor and return to working in Hollywood, where the MeToo movement started after allegations against many Hollywood men. He comes from a place where it was totally fine and accepted until very recently for men to creep on women, but hopefully, now there’s at least one more man who’s learned his lesson and knows he can’t get away with that anymore.