Let’s Hold off on Welcoming SCOTUS to the Resistance 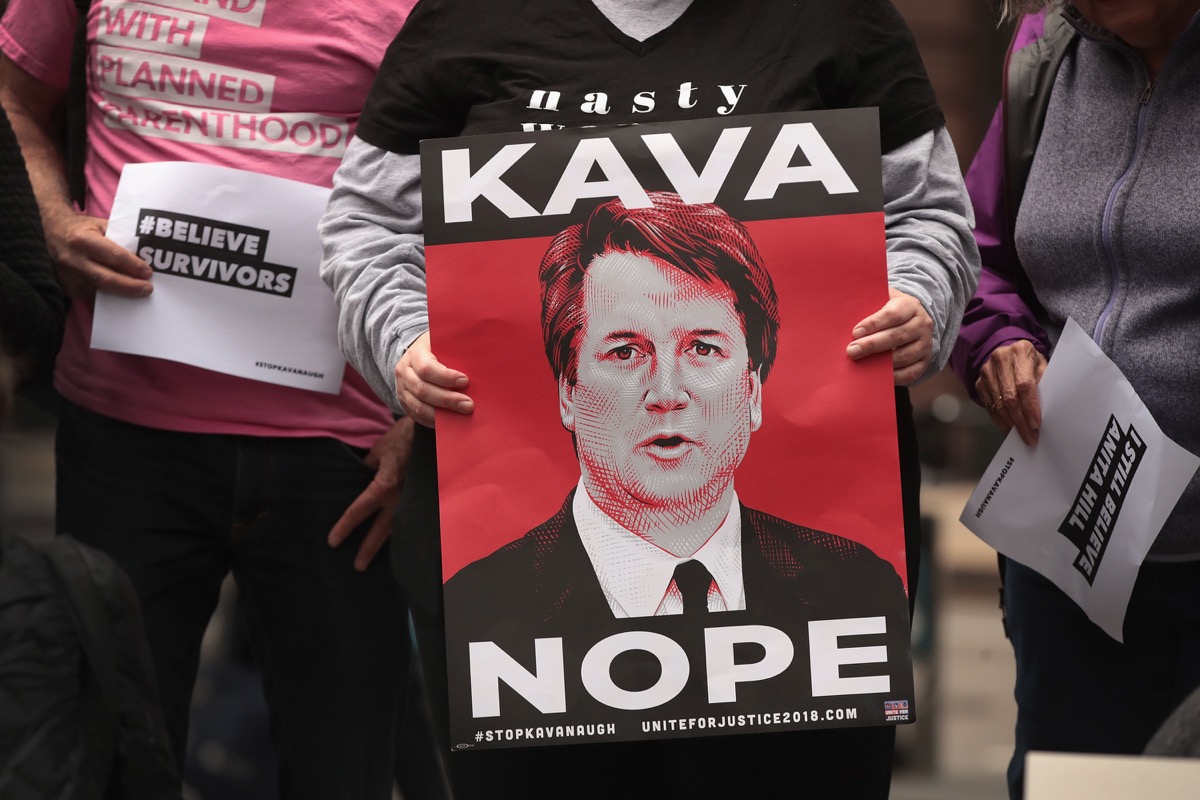 Over the last couple weeks, the Supreme Court’s not-terrible rulings on anti-LGBTQ discrimination, DACA, and most recently, abortion have shocked a nation grown accustomed to the worst news possible. After all, the entire point of the Trump presidency was to cement a conservative majority on the high court and deal devastating blows to the human rights of marginalized people. Yet, in the three aforementioned high-profile cases, the conservative majority delivered crucial wins to progressive movements.

Even as we celebrate these wins, with the knowledge of how much worse things could be, let’s slow down before we welcome Chief Justice John Roberts to the #Resistance. All of these rulings still ultimately promote respectability politics, protecting the legal rights of the most privileged and traditionally respectable individuals among the LGBTQ community, immigrants, undocumented people, and people seeking abortions, who are more likely to be poor and people of color.

This isn’t necessarily deliberate or rooted in malice from the justices, but rather, the reality that the judicial system is inherently conservative. By design, the most it can really do is reduce harm, not deliver the substantive progress and redistribution of resources and social capital that the most marginalized people actually need.

Bostock v. Clayton County, for example, came as a crucial relief for LGBTQ folks and allies, because it recognized that Title VII of the Civil Rights Act of 1964, which bans discrimination “because of … sex,” can be applied to forbid workplace discrimination on the basis of sexual orientation or gender identity. Yet, we can’t allow this ruling to be treated like Obergefell v. Hodges, the 2015 ruling on marriage equality, as a unilateral win for the LGBTQ community—not when many queer and trans people of color will remain unable to access basic health care, including gender-affirming health care, and other resources and continue to face alarming rates of state and interpersonal violence.

The average lifespan of a Black trans person is 35 years, while the past few years have seen a rise in homicides committed against trans people of color, as well as jarringly high rates of suicide and poverty. Barring employers from blatantly firing employees because of their identity won’t come close to improving the material conditions of the most marginalized LGBTQ folks and the systemic inequities they face under a white supremacist, capitalist system. Rather, legal advocacy without meaningful redistribution of resources individualizes the crises queer and trans people of color continue to face to a matter of case-by-case discrimination.

When it comes to the DACA ruling, Department of Homeland Security v. Regents of the University of California, many young and undocumented people who aren’t able to meet the racist, classist standards of excellence to qualify for DACA will still be left behind. Violent oppression of immigrants and undocumented people will continue until the abolition of ICE and other oppressive border policies.

As Barbara Sostaita wrote in Teen Vogue, “We cannot continue to uplift ‘deserving’ and ‘good’ immigrants while those who cannot fit into those categories are captured and caged.” This is the very definition of respectability politics, as the ruling does little to nothing to address the violence and material conditions of why many young undocumented people will never qualify for DACA.

And then, of course, with regard to June Medical Services v. Russo, a case about a law designed to shut down abortion clinics, it’s infuriating how many of us were forced to expect the worst, despite how the court literally ruled on an identical case four years ago, in favor of clinics. Arguably the only reason this issue was forced back to the Supreme Court at all is because of the inherently political nature of the court, and how we pick the U.S. presidents and senators who fill the courts with appointees, through conservative electoral processes.

Yes, the ruling could potentially help curb the massive wave of clinic closures we’ve seen in recent years, but in the 90% of U.S. counties with zero providers and 6 states with just one, low-income people, women of color, rural communities, and immigrants will still face massive barriers to care. Clinics won’t magically reopen. Laws that prohibit insurance coverage of abortion will remain in place, and so will high costs of travel and arrangements, child care, missed work, and more, all of which will continue to push care out of reach or push people deeper into poverty.

Considering women of color and especially Black and Latinx women comprise the majority of those who seek abortion and experience poverty, and are uninsured at the highest rates, it’s clear who could remain left behind by the Supreme Court’s ruling.

And to be clear, we can’t afford yet another reason for those who identify as pro-choice to feel false security and assume the fight for bodily autonomy is won—that’s what Roe v. Wade has given too many people for years. Until those of us with the least resources can reach abortion care, we’ve got our work cut out for us. That includes not just challenging forced birth policies in courts, but also addressing the systemic racist, classist barriers and inequities that push many people to seek abortion in the first place, or make them unable to access reproductive health care, or unable to raise their children in safe conditions.

Sure, some recent SCOTUS rulings may have (surprisingly) not made things worse. Let’s not allow that to erase other recent rulings, like Agency for International Development v. Alliance for Open Society International, Department of Homeland Security v. Thuraissigiam, and US Forest Services v. Cowpasture River Preservation Association, which endanger sex workers and those with HIV/AIDS abroad, allow immigrants and asylum seekers to be deported without judicial review, and enable an oil pipeline through the Appalachian trail, respectively. All of these cases actively, specifically target and harm some of the most marginalized members of society.

We must be wary of any attempts to misrepresent the Supreme Court and the judicial system broadly as anything but an inherently conservative, anti-progressive institution that will always leave the most vulnerable among us behind. Despite these positive rulings, we can’t become passive now. None of these fights are ever won with even the most landmark Supreme Court rulings, but rather, with relentless collective action.

After all, it was collective action, through years of massive, grassroots organizing around immigration, queer and trans liberation, and reproductive justice, that won us these rulings in the first place, by pushing our culture and society too far forward to be dragged back.