Long Run: Supernatural Cast Talked to Us About Hitting 300 Episodes (and Running an Actual Marathon) 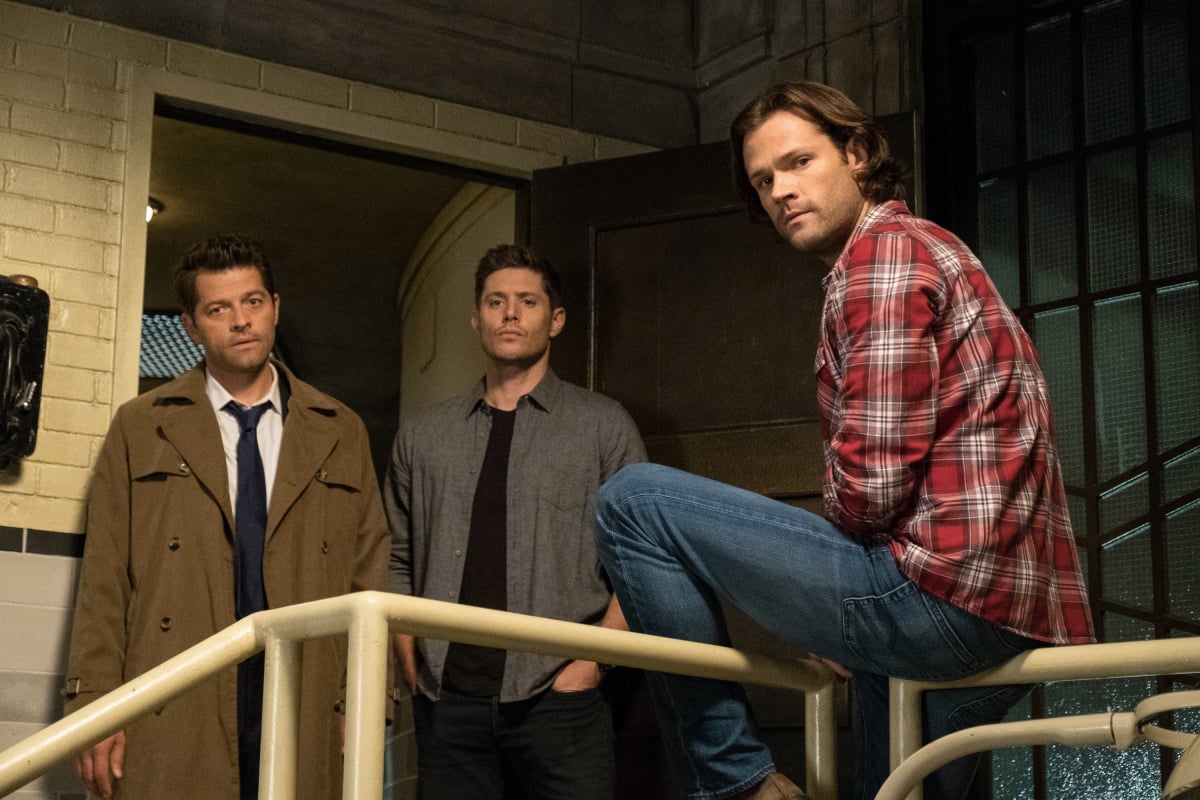 Defying death multiple times to achieve a sort of immortality—that’s a description you could write about many of the lead characters on Supernatural, but at this point, it also applies to the show itself. We’re far removed from the days when fans worried each season would be the last, and the mood was nothing but joy when the cast and crew gathered in Vancouver, British Columbia where the show is filmed to celebrate the show reaching the insane milestone of 300 episodes.

The party was also a nice reprieve for a few of the stars, who will be running the Amica Seattle marathon in less than a week—but more on that Bad Idea™ later.

When asked how the show made it to 300 episodes, Misha Collins (Castiel) was thoughtful:

“We have the combination of the family and epic mythology and those two things integrate really well, but I think that it’s also something you can’t really put your finger on. There’s chemistry between the actors. There’s a license that the writers seem to feel they have to just f*** around and … and the fact that we f*** around and have fun on set.”

Jared Padalecki (Sam Winchester) jokes that it was “stupidity” and “pure stubbornness” that got them to 300, before getting (slightly) serious. “The answer honestly is everything,” Padalecki said. “There have been so many great shows in the history of television with talented actors, talented writers, talented directors, talented producers, great content that didn’t make it this far … and I think just everything just happened perfectly. If I knew what it was, I’d be a trillionaire.” 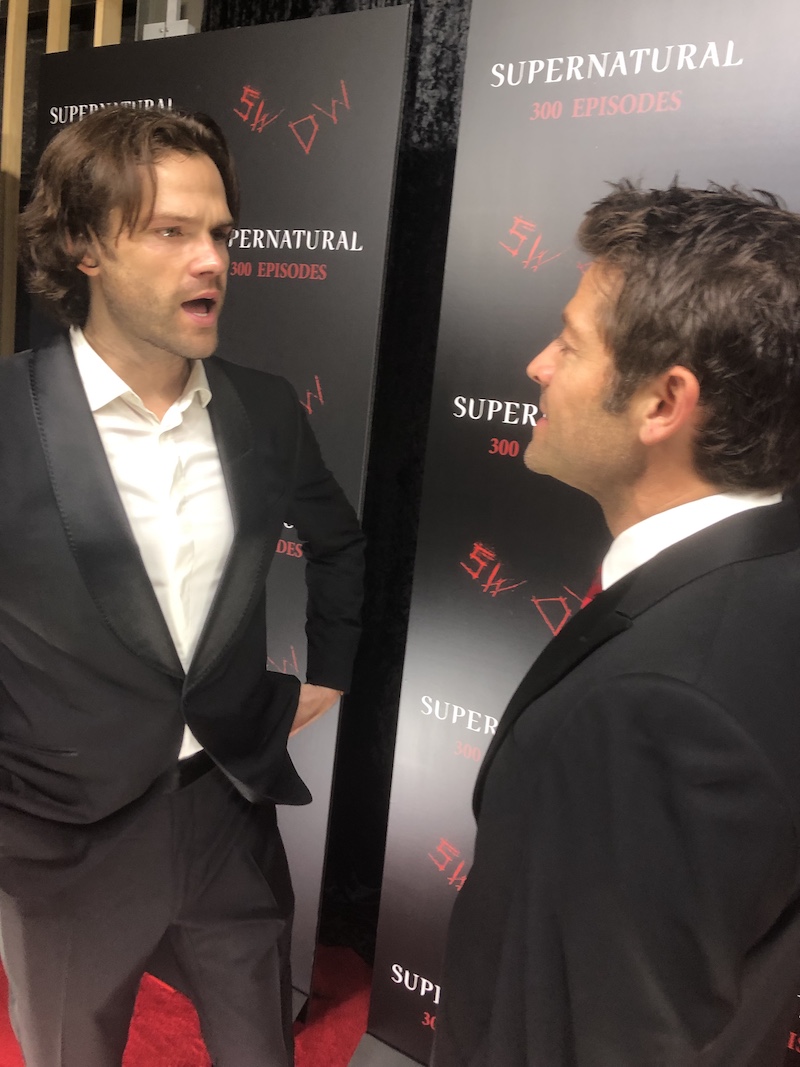 Padalecki was humble about his role in the success of the show, but it almost goes without saying that the bond, onscreen and off,  between he and Jensen Ackles (Dean Winchester) is a huge part of its enduring success.

Longtime producer and director Phil Sgriccia summed it up: “It’s all about Jared and Jensen’s relationship in real life and in the show. If they didn’t get along, we wouldn’t have done up to a hundred. They just became brothers in arms and brothers in real life. And the success is from them and their relationship and them allowing us to take crazy themes for the story lines.”

Co-Showrunner Robert Singer felt the same and acknowledge that the addition of Collins was huge as well: “I always think that any tv show that has a life, a long life, ultimately it’s all about the characters, their relationships,” Singer shared, “and then we really work hard to keep the stories fresh. The mythology has evolved into something I don’t think we ever could have imagined ten years ago.”

Singer also noted that reaching 300 episodes was something he never imagined at the start. “Not in my wildest dreams,” Singer said of episode 300, “but it doesn’t seem like 14 years ago in an odd way. We’re just plowing ahead and all a sudden it happens.” 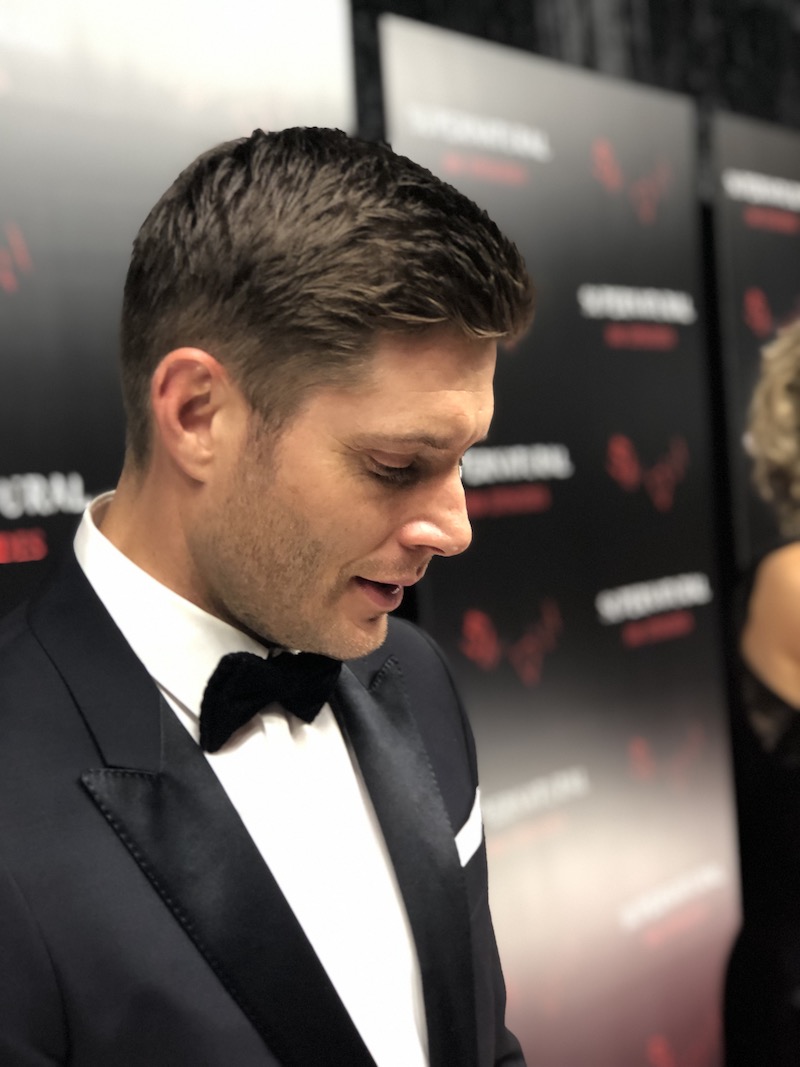 A thoughtful moment with Ackles before the celebration. (image: Jessica Mason)

That themes of hard work, respect, and building a solid foundation for wild stories was one Jensen Ackles kept up:

“I think it’s keeping our nose clean and just working hard. I don’t think there’s any great formula. I think it’s respecting the people that you work with, checking your ego at the door, and doing the work that you got hired to do and doing it the best you can. We really believe that. We know that we got hired to do a job…we don’t let our ego get in the way, there’s not one at the top at the top of the call sheet; There’s a few of us. We all kind of keep each other in check.”

Speaking of being humble and some very long runs: This year, Padalecki, Ackles and Collins are joining with other guest stars—including Rob Benedict (God/Chuck), Adam Fergus (Mick Davies) and Rachel Miner (Meg Masters)—to run the Amica Seattle marathon to raise money in the fight against childhood hunger.

The “Bad Idea Tour” has already raised close to $50,000, with a goal of $100,000 raised from fundraising, which the stars will match. “If it goes further, we’ll match further,” Padalecki explained. “Amica who’s throwing the marathon is donating $26,200 – a thousand dollars per mile. So, they’re in and they want to do great is well. And I know the SPN family can do it.” 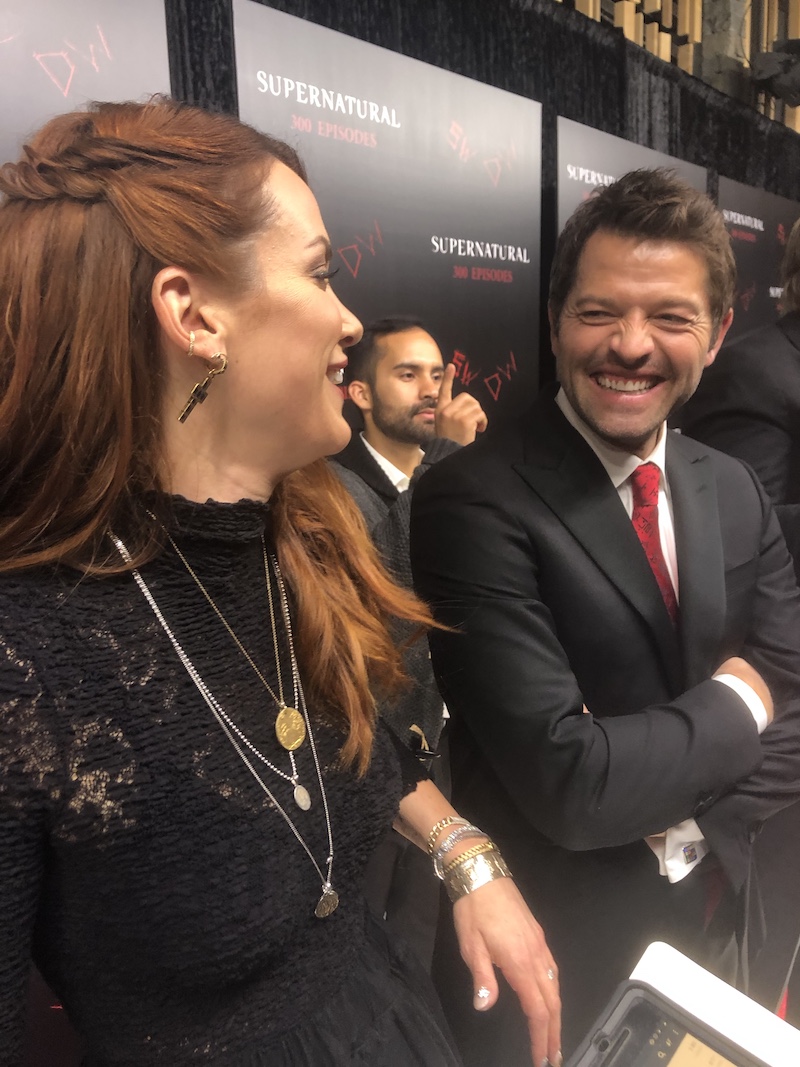 But can the boys do it? Misha Collins had the original Bad Idea to do the marathon, given that he used to run mega-marathons before, but as he reminded me, “I did that ten years ago. I ran nine miles and felt like I was gonna die today.”

Collins went on to detail the various ailments the runners have developed in training, “Jensen got x-rays of his knees, and I got x-rays of my hips, and [Jared’s] Achilles heel is f***ed up.”

Similarly, when I asked Ackles if he was ready, he simply said, “No,” before amending, “I’m ready, my knee might not be.” Danneel Ackles, who was there as both her husband’s date and a recent addition to the Supernatural cast in the role of Anael, gave me a hearty “hell no, girl!” when I asked if she’d be joining her husband and friends on the run.

But she does appreciate the amazing charity work the Supernatural fandom has done over the years, much of which she’s seen as a board member of Collin’s charity Random Acts. “That is something I feel so privileged to be a part of,” Danneel shared. “I didn’t know how it would change my life, but it really has. Having the fandom just be with us and the power they bring, has been incredible. I’m so proud of this. I know no other tv show has this.”

That could apply to so many things about this show that’s brought them to this milestone: A cast and crew that love each other like family; three leads committed to staying humble, having fun and doing the work; creatives who aren’t scared to take the show in new and crazy directions; and a fandom willing to step up over and over again to support the show and make the world a better place.

We might not see something exactly like this ever again, but luckily and amazingly, it doesn’t look like Supernatural is going anywhere. See you guys at 400.

Supernatural airs Thursday at 8:00 pm on The CW.