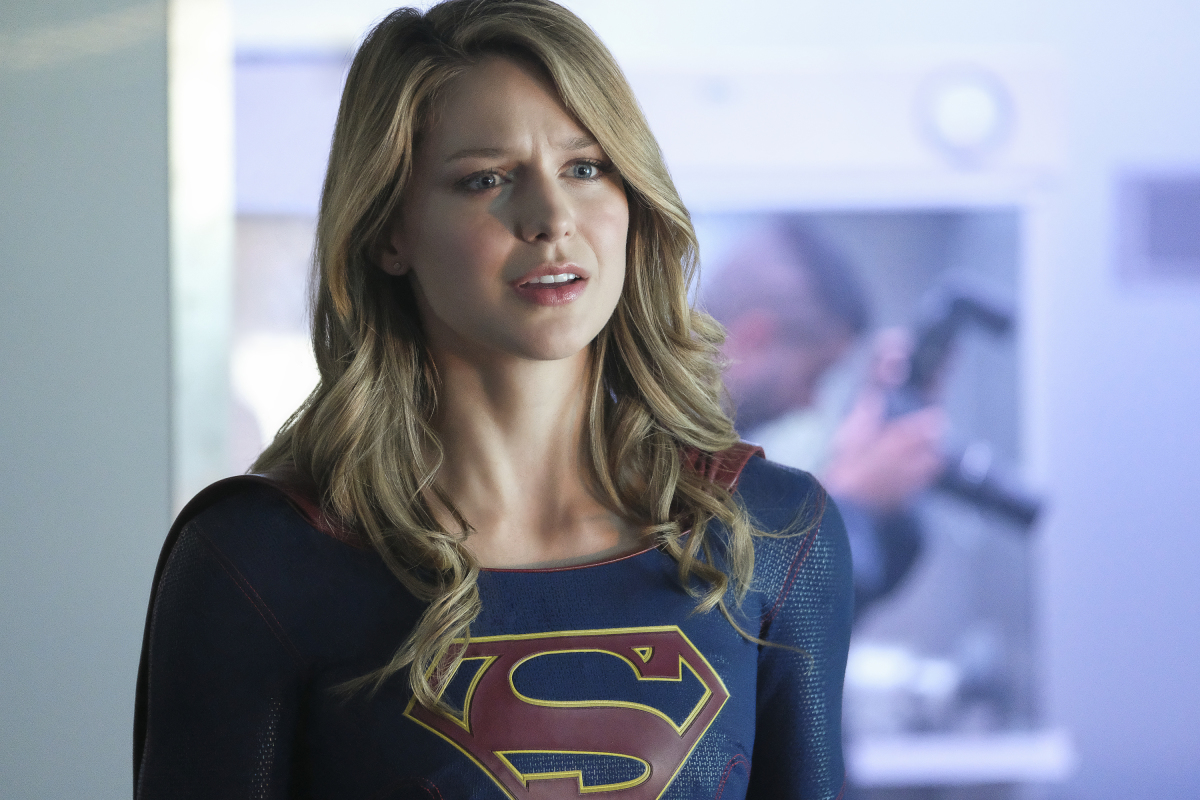 The fourth season of Supergirl premiered last night, with one of the most politically charged episodes in the entire series’ run. The show has always maintained a level of political awareness, most notably with Kara’s alien origins as a metaphor for immigrant rights, and the treatment of aliens by the U.S. government. The episode, titled “American Alien,” brings the aliens-as-immigrants theme to the main stage, centering it as a major story arc for the season. It also delves deeper into themes of privilege, passing, and alt-right violence.

The episode opens with a montage of Supergirl around the world, saving citizens and and receiving thanks and admiration from the people of Earth. For Kara, humanity has never been more welcoming, and as the anniversary of the Alien Amnesty Act approaches, she shrugs off the warnings of her mentor, J’onn J’onzz.

J’onn, who has left the DEO to live among the people, sees a rising tide of anti-alien sentiment and hate crimes against aliens. J’onn’s alien support group debates the issue, especially in light of a new LuthorCorp invention that allows aliens to disguise themselves as human. While some group members believe the invention helps them gain employment and acceptance, one outspoken alien (sporting pointy ears and arm tusks) argues that they shouldn’t have to assimilate to be accepted.

Kara’s privilege blinds her to this ongoing debate and the rise of anti-alien prejudice. It’s easy to assimilate as an alien when you look like a beautiful, white, cisgender woman (the “constantly saving people” thing doesn’t hurt, either). Kara’s privilege, combined with her unfailing optimism, has left her majorly oblivious. She doesn’t experience prejudice, and more importantly, she desperately wants to believe that humanity is the best it’s ever been.

For someone who has dedicated her life to protecting Earth, Kara is shockingly ignorant of the darker side of humanity. It takes an attack on the alien bar, as well as a confrontation with a room full of computer screens set to 4chan (which was a little on the nose, but Supergirl has never been a subtle show), for her to acknowledge the uptick in anti-alien prejudice.

The realization coincides with the season’s Big Bad, as Mercy Graves (Rhona Mitra) and her brother, Otis (Robert Baker), pull off a plan to expose President Marsdin (Lynda Carter) as an alien. This is a reveal we’ve been waiting for since Marsdin first appeared as an alien in season two, and the fallout of the president’s exposure will surely kick alien prejudice into overdrive (and possibly create a constitutional crisis).

We also got a look at Agent Liberty (Sam Witwer), who heads up the Children of Liberty, a human-first hate group that will likely play a major role moving forward. It’s refreshing to see Supergirl lean into its political themes, which feel more timely and compelling than ever (and are a welcome break from the Mon-El drama of the past two seasons).

It’s also a smart move to remember Kara’s humanity and career as a journalist, by setting more scenes at CatCo and having Kara mentor rookie reporter Nia Nal (Nicole Maines, who will become television’s first trans superhero). So much of Supergirl’s story is the dueling roles of Kara Danvers and Kara Zor-El, which will no doubt become an even bigger storyline when her mysterious Russian/Kaznian doppleganger surfaces. All in all, “American Alien” was a strong debut for the new season, and we’re excited to see where season four takes us.