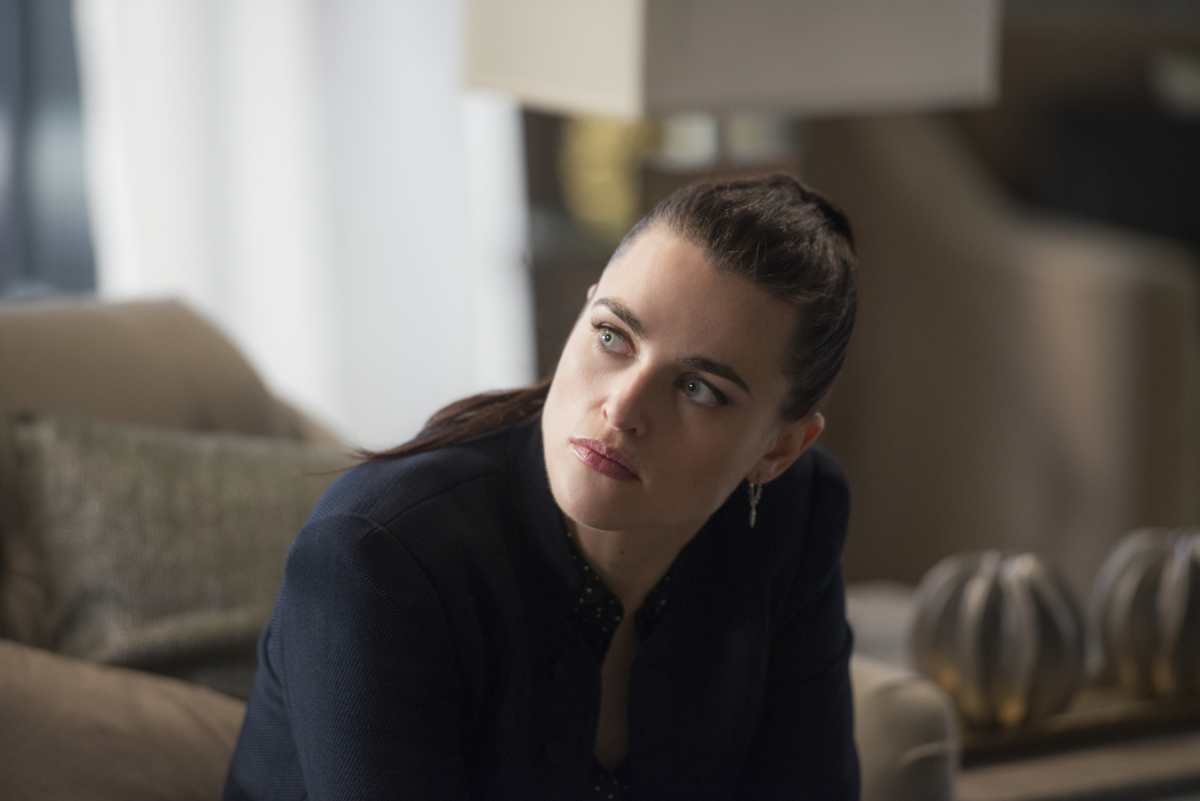 Last season on Supergirl, after seasons of it being kept a “secret” Lena Luthor (Katie McGrath) finally found out that her best friend and close confidant Kara Danvers (Melissa Benoist) was Supergirl. What’s worse she was told his by her “dying” brother Lex Luthor, whom she shot, and realized that everyone she trusted had been keeping this huge secret from her. Now, after a revealing interview with Melissa Benoist for  Entertainment Weekly, we know that this knowledge will be a huge plot element in the coming season.

“This season’s going to be a fight for Lena’s soul,” says Benoist. “I was devastated that it was Lex Luthor that told her. That was such a shot in the heart to Lena, a character that my character loves so dearly. It was painful.”

Co-showrunner Jessica Queller says that this information still has Lena reeling.  “Lena throws herself into a type of work that is going to increase people relying on tech rather than relying on humans who can hurt you,” says Queller. “The way Lena found out about this lie definitely colors how things are going to unfold between [Kara and Lena].”

For multiple seasons, fans have been wondering if Lena knew all along that Kara was Supergirl and just playing along, but the season four finale squashed that through the devastation on Lena’s face as Lex gloated that Lena had been duped this whole time. As a fan of Lena, I’ve never wanted her to turn dark; I enjoy her being a morally grey pragmatist in comparison to Kara’s wide-eyed optimism.

However, once I realized that Lena and Supergirl were going to have a more actively turbulent relationship, I knew this Smallvile-like friends-to-enemies thing was bound to happen.

While McGrath has said she always wanted Kara’s identity to remain a secret to Lena, Benoist said shes’s been preparing for this storyline to play out.

“To me, that would be wishful thinking, but I always knew it was going to happen,” she says. “I think part of what we are trying to do on Supergirl specifically, too, is explore relationships between women, and friendships, and sisterhoods, and how we treat each other, how we communicate that’s different between men and women. I think their relationship is singular already because they’re such close friends and you get to explore that. This is only going to make that conversation a little more complicated.”

I’m interested to see how this all plays out and considering Supergirl (and I’m assuming Kara) is now sporting some serious bang-action, maybe it’s good that Lena found out now, because if she didn’t figure it out before I’m sure she would have when that haircut got unveiled. Still, I hope that Lena doesn’t go full evil and that the show subverts the long reveal drag, because it’s more fun to deal with the conflict headfirst than the long lead-up.

Also, I don’t think I can I can take the return of Smirkgana if we have to see Lena’s face change literally every time she leaves the room.