Supergirl Gets a Bold New Costume Change...And Some Bangs | The Mary Sue

Just say no to bangs. 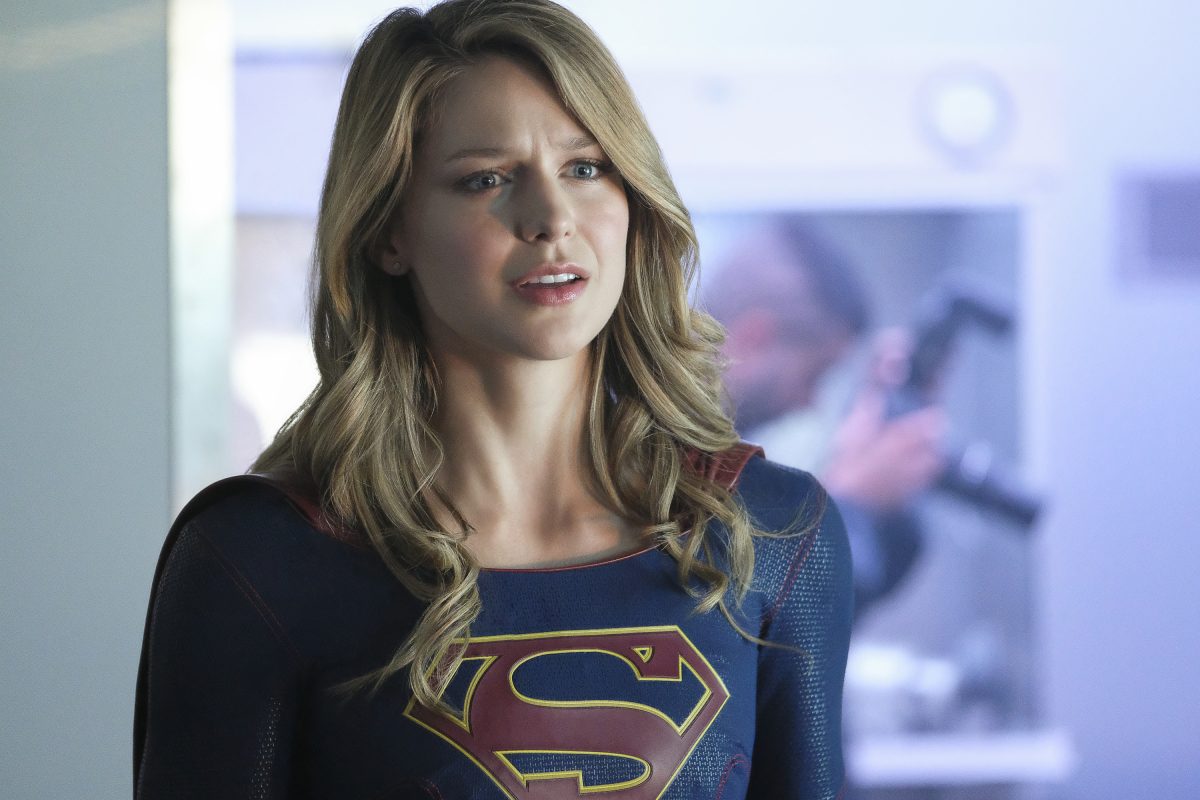 When Supergirl returns this fall for its fifth season, the Girl of Steel will be sporting a brand new super suit. Kara Zor-El has ditched her short skirt for pants, in a fierce new look that she previewed on Instagram:

The costume change has been a long time coming, according to both Benoist and showrunners Jessica Queller and Robert Rovner. Benoist has been rooting for the change since the beginning, saying “We’ve been talking about pants since season 1 … Every time a writer from the show has come up, and it’s freezing cold in Vancouver, I’m like, ‘Guys, please can I not wear tights?’ I love [Kara’s old costume]. I haven’t changed it because it so works, and I think it is very Kara. I’ve always felt that — until recently, I’m like, ‘Something’s gotta give.’”

Queller agreed, saying “A lot of us were passionate about getting Supergirl into pants and out of the short skirt, and we felt like that would be a powerful move, and Melissa is really excited about it … So we just had to find the right moment to design the suit and in between seasons gave us a chance. But this is something we’ve been thinking about for a while.”

I never minded the skirt, but it makes sense that as Supergirl grows and matures into her powers, her costume changes along with her. After all, the series has never shied away from celebrating girlhood or femininity as strong attributes. “I just think it’s more adult,” Benoist says. “Part of my goal in this whole series for whenever the show ends, I just want there to be a very clear arc for this character that she evolved as a woman and found her femininity and her adulthood, just a self-discovery.”

While I love the new look, I am not a fan of Kara’s new break-up bangs, so called because the drastic haircut change is usually inspired by a break-up or life change. And here’s the thing: break-up bangs are rarely an improvement. They’re a cry for help. Look at Shailene Woodley’s bangs in Big Little Lies and you’ll know what I mean.

Honestly, there’s only one person on the planet who looks good with bangs, and that’s Nicole Kidman. Before getting bangs, every woman should look in the mirror and ask themselves, “Am I Nicole Kidman?” and if the answer is “I am not”, don’t do it. Just say no to break-up bangs, guys. And besides, Benoist already has some of the best hair in the business. Why mess with perfection?

In more positive news, season five will see Benoist step behind the camera to direct her first episode. She said of the move, “I just felt really drawn to it for a couple of seasons now, just because you know the show so well, and you get to know the character, and the world, and the tone of the show so well that you can’t help but envision certain scenes in a certain way. I want to play with that.”