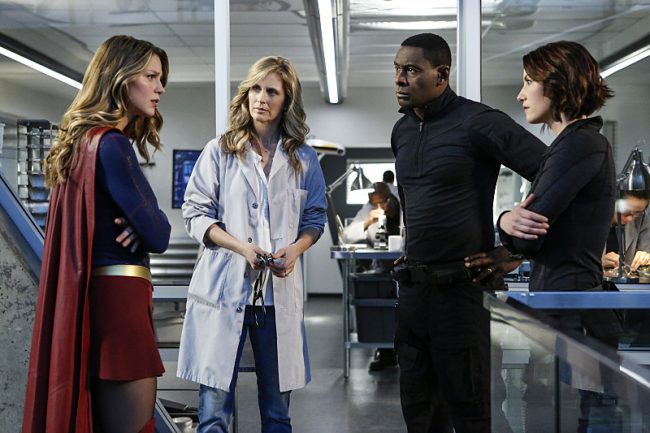 The superhero crossover we’ve been waiting for is finally here! “Heroes Vs. Aliens” begins on The CW with “Medusa,” and it did not disappoint. This being the beginning of the crossover, most of what would tie it into The Flash, Arrow, and Legends of Tomorrow happened toward the end. However, the episode was a joy throughout as confessions were made, difficult situations were resolved … and smooches were had! Welcome to Season 2, Episode 8 of Supergirl. 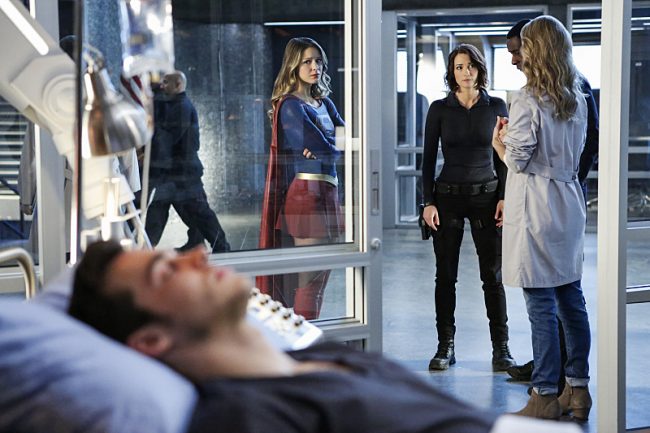 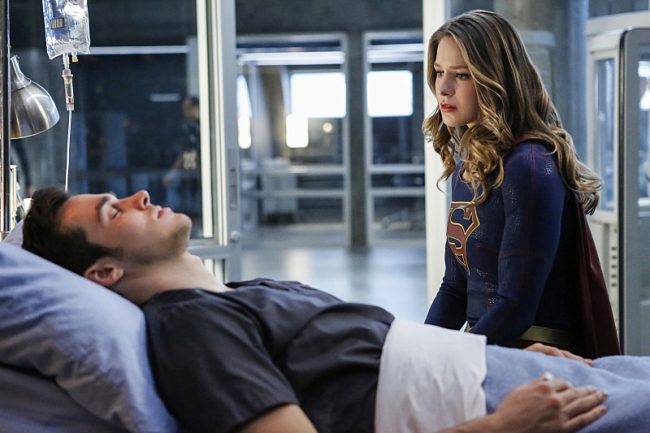 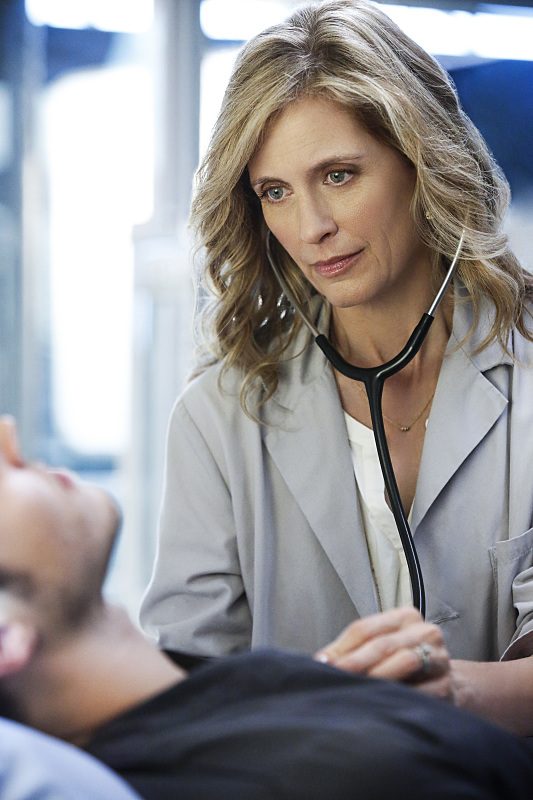 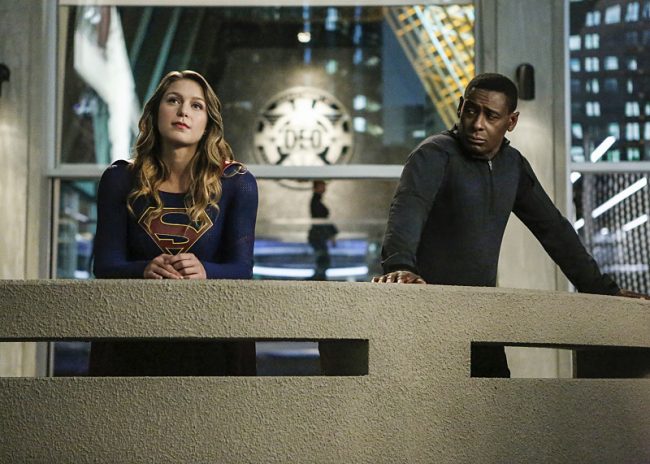 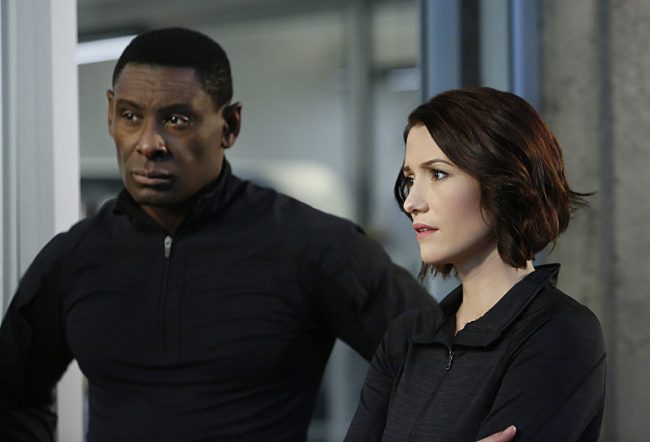 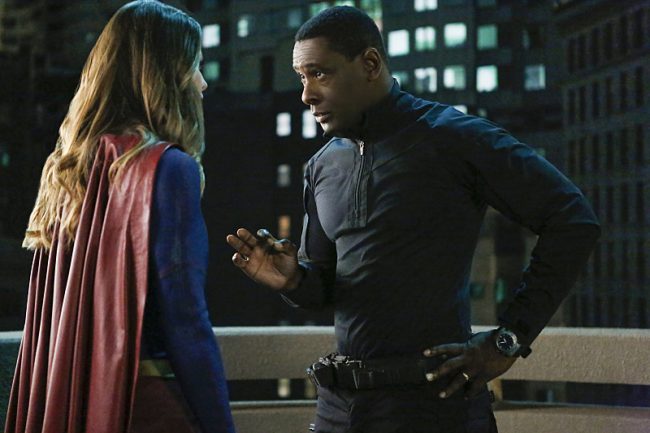 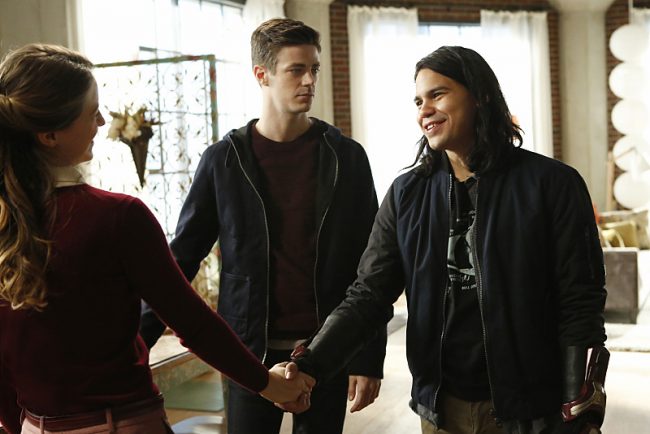 “Medusa” is the episode that sets Supergirl back on track. After a couple of episodes that were often boring, everything about this episode was engaging. Not only the large moments like the two big fights with Cyborg Superman, but in smaller ones like Lena dealing with her feelings about her mother.

In fact, I need to give a special shout-out to Katie McGrath, whose performance as Lena in this episode was impeccable. She has a face that expresses a thousand emotions at once, which sometimes makes Lena a difficult character to read, but one that’s always fascinating. And I’m so thrilled that Lena was, indeed, better than her mother, and proved Supergirl right for believing in her.

One of the great things about this week’s episode is that, while there was only one big reveal for the audience (Lena’s double-cross of her mom!), there were several reveals that characters made to each other, deepening those relationships. I continue to love how Alex is written, and her continued evolution as a queer person is developing beautifully. The scene between her and Eliza was so touching …

… and then there was THAT KISS WITH MAGGIE! So well-earned. So beautifully executed. So freaking hot. And they are adorable together.

There were actually two hot kisses in the episode between people who are adorable together. I’ve been on board the Mon-El/Kara ship since the beginning, but wasn’t entirely sure if the writers would be going in that direction. I’m so glad that storyline has evolved in so complex a way. And their kiss was amazing!

Generally, “Medusa” was well-written and well-plotted. I loved that the thing that was killing aliens was something created by Kara’s father connecting the events of the story to Kara’s own journey. I love that Kara and Lena are each struggling with their opinions of their parents even as they attempt to do good. I loved the way all the storylines seamlessly wove together.

However, there were a couple of things that weren’t my favorite. Namely, that J’onn was just “cured” all of a sudden and he doesn’t have to be a white Martian anymore. I was looking forward to a complex story, watching J’onn gradually accept his new self as he learns to accept M’gann. Sadly, this likely isn’t going to happen.

Also, while I’m not Guardian’s biggest fan, they just kinda dropped the fact that he was planning on “coming out” as Guardian at Thanksgiving … and we never saw James Olsen again …

Still, “Medusa” was not only an entertaining episode in its own right, but a great beginning to the crossover this week. Will you be digging into the entire line-up of superhero shows at The CW this week?

What did you think of Supergirl this week? Let’s chat about it in the comments below!