"I didn't see you there, Tall, Dark, and Blandsome." -Mxyzptlk 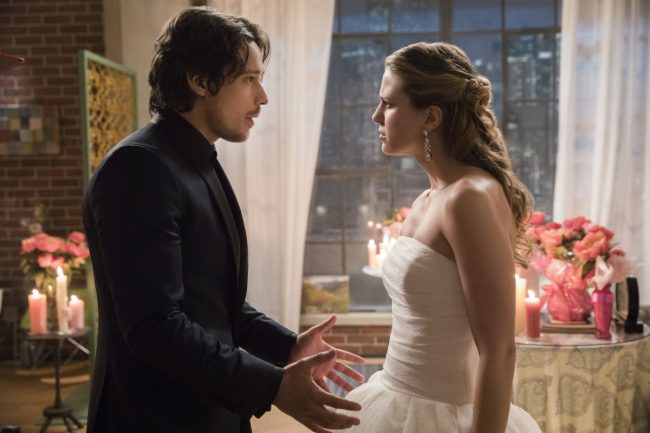 It’s interesting that Episode Lucky-Number-13 of this season of Supergirl involved an unlucky encounter with one of the most annoying and frustrating villains in the DC canon. Mr. Mxyzptlk (or as Kara calls him, “Mixy”) has arrived, and he wants Kara Zor-El to marry him. Meanwhile, Mon-El was just about to seal the deal with a kiss, so he’s not happy about this at all; and J’onn, Winn, and Alex also each have their own love and relationship issues to deal with. It’s Valentine’s Day in National City! 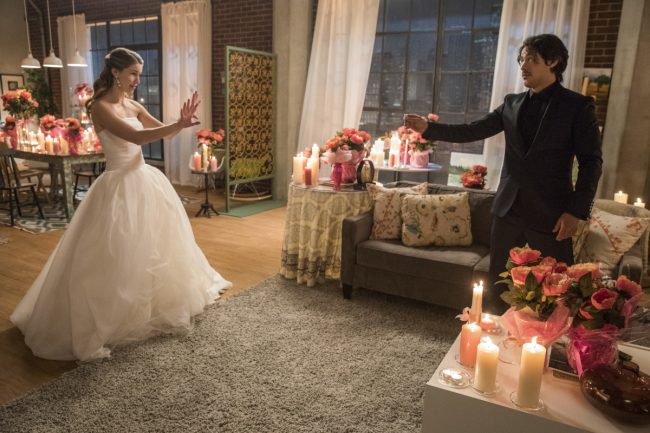 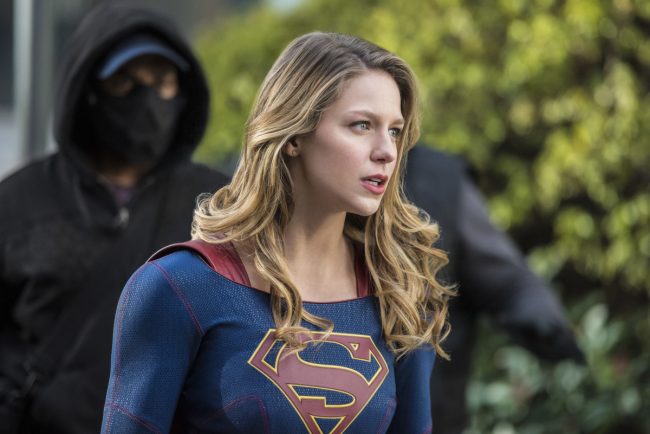 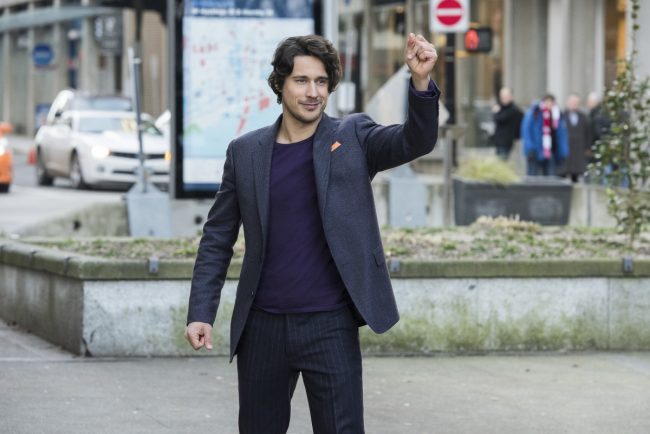 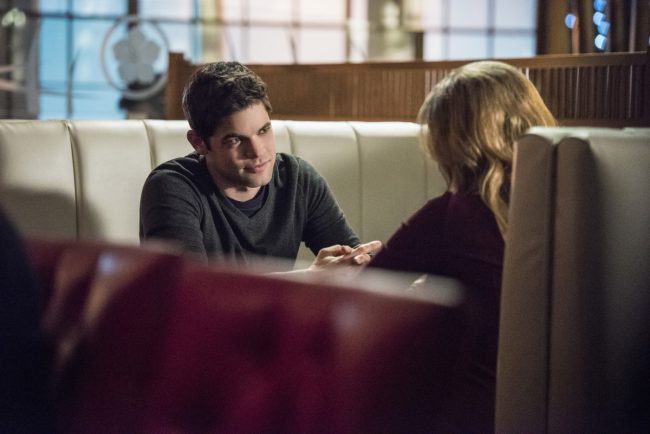 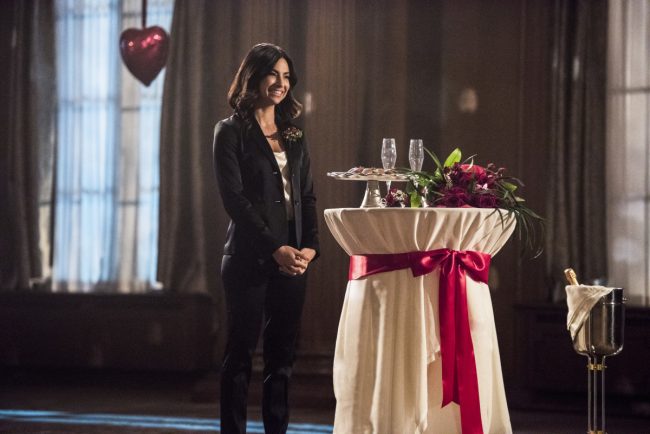 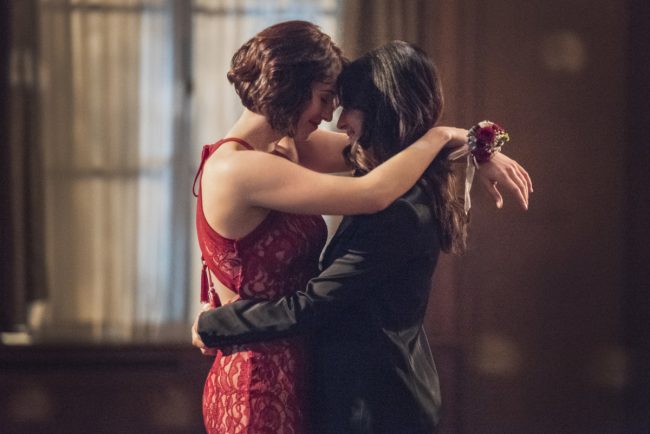 This was one of the warmest, smartest, and most fun episodes of Supergirl ever, so when I saw that it was co-written by Sterling Gates, A.K.A. one of the best writers of Supergirl comics ever, I was not surprised. Gates has always done a wonderful job with Kara Zor-El, and after his run on Adventures of Supergirl, which takes place in the world of The CW show, I was hoping he’d get his hands on some actual teleplays. He, along with co-writer Jessica Queller told a streamlined story that explored what love means to each of the characters by digging beyond the surface and getting into their fears, insecurities, and pain. All while incorporating one of the Superman/Supergirl universe’s most popular (and difficult) villains.

The episode had a wonderful guest star in Peter Gadiot, whose Mxyzptlk would’ve been charming and attractive were it not for the, you know, coercion. His performance was energetic and nuanced, and he managed to be captivating and threatening all at once. Watching him and Benoist together was awesome, as she played off his ever-changing moods perfectly. I love that she outsmarted him, too. Very often on this show, Supergirl defeats villains by talking to them, showing them understanding, nurturing. All skills that are very important and unapologetically female, which I love, but I’m always glad when the show reminds us how intelligent Kara Zor-El is. In the comics, she’s more likely to use her brain to defeat a villain (when she’s not being an impetuous teenager), and so I was glad to see that aspect of her character here.

Despite how upset I was last week about Mon-El and Kara’s kiss getting cut short, I’m so pleased by how their relationship played out here. In the beginning, the relationship felt forced, but the show has done a great job of throwing in real conflict and building a real friendship, then romantic feelings over the course of the season. Thirteen episodes in, this relationship feels earned, and Mon-El has grown as a character. I’ve come to love Chris Wood as Mon-El, and he does a great job of keeping the core of Mon-El in tact even as his circumstances change. Favorite moment: in the middle of his fight with Kara at the DEO, Mon-El looks at a passing agent and goes “Hi, Dana,” then turns back to Kara to complete his thought. It’s a tiny moment, and it felt like it might have been either an ad-lib, or an on-set inside joke, but whatever it was, it was perfectly in character and made me literally LOL. 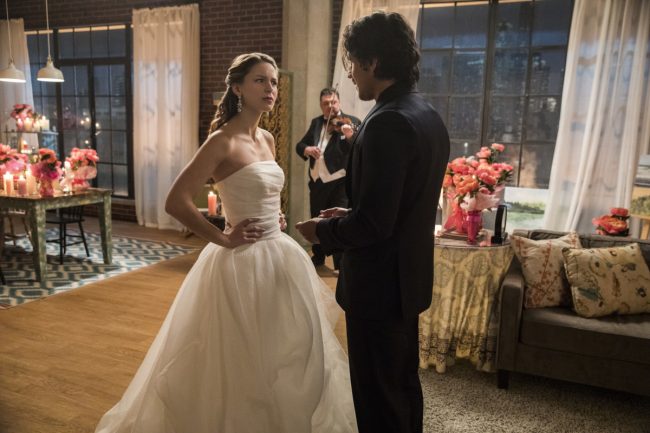 And I never thought I could squee as hard as I squeed over Winn and Lyra. Generally, when Winn has been paired with women, it’s never felt quite right, but this felt right instantly. This episode basically hit the jackpot with guest stars as Tamzin Merchant’s Lyra is someone I’m definitely looking forward to seeing again. From the moment she sidled up to Winn at the bar, their chemistry was palpable, and Merchant was great at being extremely sexual and tough, as well as vulnerable. Meanwhile, Jeremy Jordan gets better and better every week.

Alex and Maggie’s storyline was sweet and interesting, particularly the part where Maggie had softened her coming out story to make Alex’s experience more positive. And that was before they were a couple. Maggie is just a caring person, and it was cool to see how Maggie’s being newly vulnerable about this experience in her life takes their relationship to the next level. Also, Chyler Leigh looked stunning in that dress.

I also love how they even slipped in a brief Valentine’s moment for J’onn as he continues to love M’Gann even though she’s far away. That little touch was so sweetly in character.

The one character they didn’t fit in? James who, along with CatCo, didn’t appear in the entire episode. While I was sorry that they couldn’t seem to find anything for James to do (or a love interest that isn’t Kara), it really highlighted how superfluous CatCo has become without Cat Grant. The story felt so much more streamlined without needing to cut to CatCo for some reason and, sadly, I think the show’s better that way. I’ve never taken to Kara As Reporter, and while I love Mehcad Brooks, they’ve not been able to figure out what to do with James Olsen. Probably because he’s meant to be Superman’s best friend, not Supergirl’s. With Winn now at the DEO, there’s less and less reason to go back there. I like the show sans CatCo now that Calista Flockhart isn’t there, though it pains me to say it. Perhaps Guardian needs to become a DEO agent?

“Mr. & Mrs. Mxyzptlk” is now my favorite episode of the season! What did you think? Let’s chat about it in the comments below!