Supergirl Recap: Kara and Lena Practically Beg for Slash Fiction About Them in “Luthors”

"I don't need your protection. I need your trust." -James Olsen 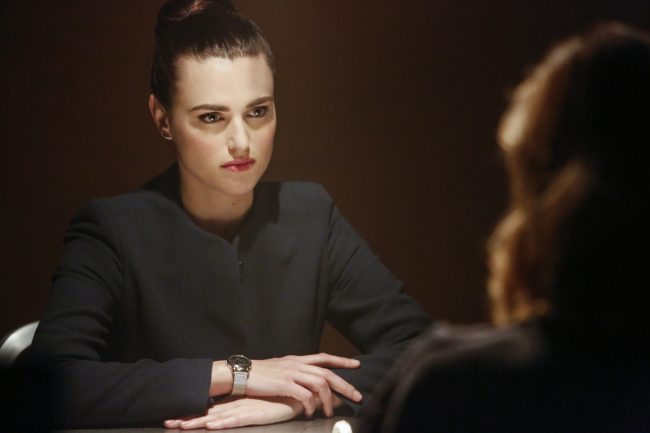 An episode of The CW’s Supergirl featuring James Olsen/Guardian that I actually liked? Anything is possible! Also possible? A relationship between Kara and Lena. Well, not really, but I just have to say that I’ve seen some of you in the comments suggest such a thing, and I wasn’t feeling it before, but after this episode, I totally get it. Flowers? For your “friend” who helps you out? Uh-huh. Welcome to Episode 12 of the season, entitled “Luthors.” 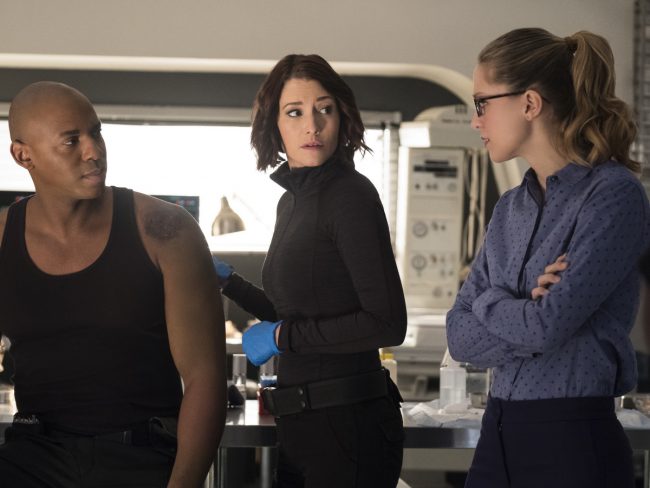 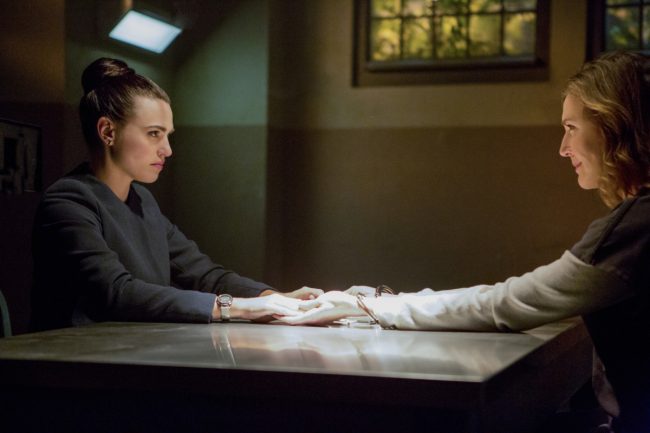 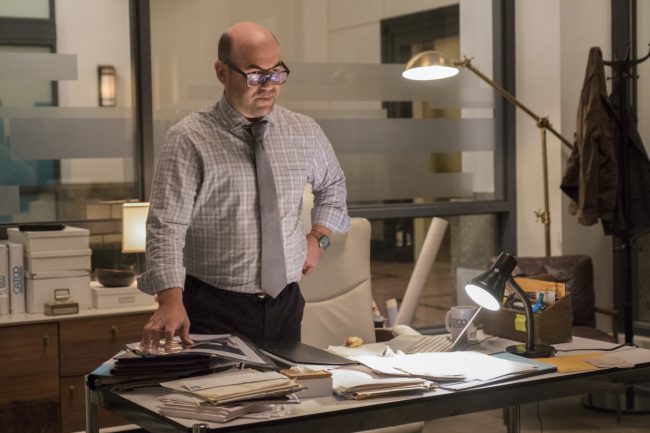 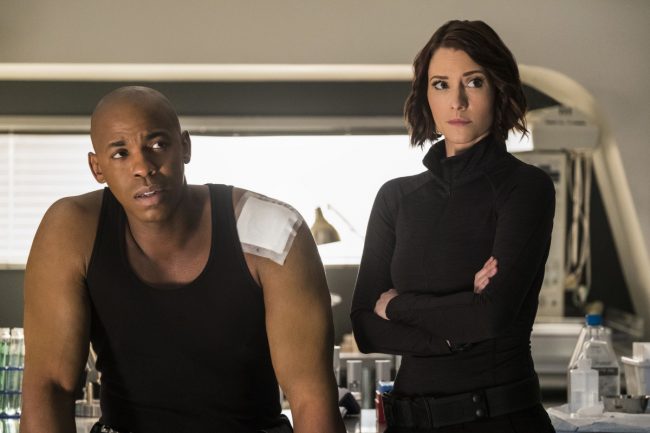 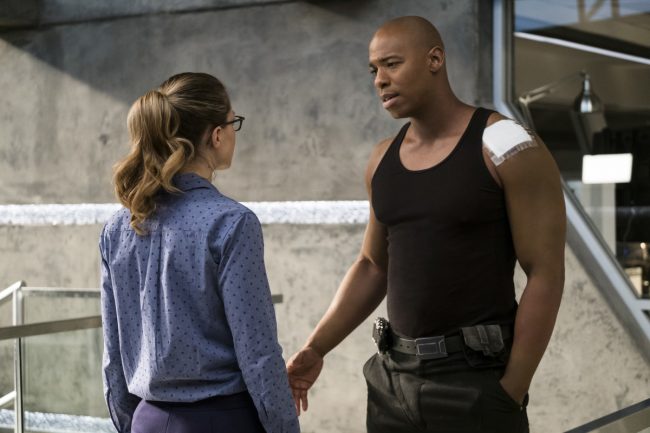 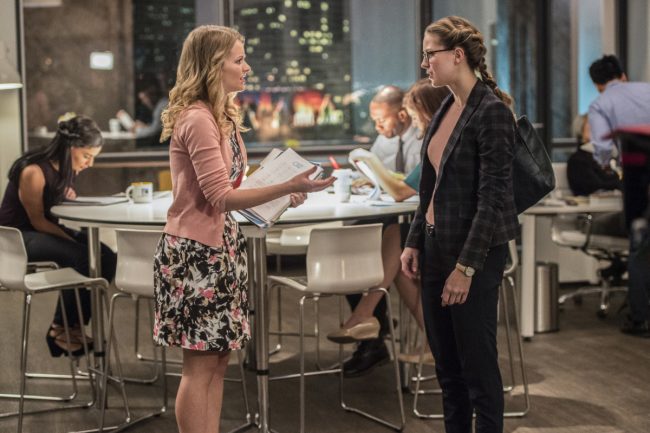 Thankfully, Supergirl seems to be back on an upswing, both from a storytelling standpoint and an actor performance standpoint. The story of this week’s episode was fairly simple, but character-focused, and thankfully both the regulars and the guest stars were up to it.

I was glad to see Lena Luthor back on the show, as she’s one of the most interesting characters on it, and I love the way the show deals with her relationship with Lillian. Katie McGrath is a wonderful actress, and she’s great at conveying the clinging, childish hope for her mother’s affection, despite repeated evidence to the contrary. Her Lena is a real, nuanced character: competent and confident while also being strong enough to be openly vulnerable and unsure. She generally ends up needing saving by Supergirl, but that never makes her appear weak. I really want them to find more to do with her, and bring her onto the show more regularly, because she’s captivating whenever she’s on screen.

I adore Kara and Lena’s friendship. And the chemistry between her and Melissa Benoist as Kara is off the chain. And yes, I know, they’re just becoming close friends … but when they were sitting on the couch together and Lena was thanking her profusely for believing in her … tell me you didn’t think Lena was going to lean in for a kiss. Was it just me? Maybe it was the leather top Lena was wearing, I dunno.

ANYway, I also loved Brenda Strong’s performance as Lillian Luthor, though I have to say she’s written a bit more like a cookie-cutter villain. However, Strong plays the preference of Lex (and therefore, a preference for Lex’s ideas, like ridding the world of aliens) very well, and just subtly enough that you buy that maybe this time, she’s gonna change her ways. And I totally bought Metallo as her fanatical stooge.

As I said in the opening of this recap, this was an episode featuring Guardian that didn’t annoy the hell out of me, and this was for three reasons. 1) Guardian’s dialogue wasn’t cheesy/horrific when he came to deal with a villain, 2) Screen time as Guardian was limited, and wasn’t bogged down by a Winn fuck-up scene, and 3) Mehcad Brooks’ performance was measured and real. The entire Guardian storyline up until now has felt over-the-top and like they were trying too hard with it. Now that we know Guardian is a thing, however, it seems that they’ve taken their foot off the gas a bit, and that element of Supegirl is finding it’s cruising speed. (Was that an adequate car metaphor? I don’t know. It’s finding it’s footing? It’s finding its perfect Serta sleep number?)

One nit-pick: how have Winn and James gone this long without knowing that Alex and Maggie are dating? Seriously? Wasn’t she going on and on at the office about going to see Barenaked Ladies with Maggie? Aren’t they always hanging out, like an extraordinary amount? Isn’t Alex always worried about calling her to make sure Maggie knows where she is? That just seemed weird.

And finally, there’s Kara and Mon-El. I’ve always dug them as a couple, and I’m SO GLAD Kara is finally in a place where she can admit her feelings, because this was literally the last episode in which she was allowed to be infuriating. There can only be so much forgiveness for a constant romantic run-around. Shit, or get off the pot, Kara. Thankfully, she’s decided to shit. (Eew.)

But then Mr. Mxyzptlk shows up and professes his love for her? OK, I’m back to being infuriated. This interruption of a long-awaited kiss had better be good.

“Luthors” was a solid episode, and a nice departure from the usual featuring more insight into an intriguing supporting character. More Lena Luthor, please! What did you all think of Supergirl this week? Let’s chat about it in the comments below!