Supergirl Recap: "We Can Be Heroes" If Kara Says It's Okay | The Mary Sue

Supergirl Recap: “We Can Be Heroes” … But Only If Kara Says It’s Okay, Apparently

"You know what I love? Little boys who think they can do a better job than the woman who's an actual superhero." -Livewire 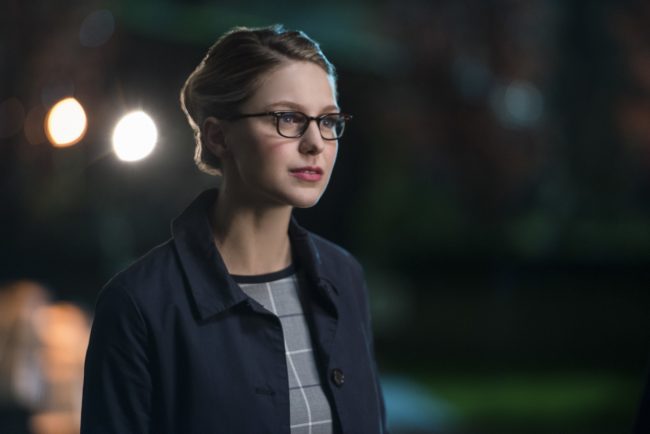 So, it’s official. Alex, Maggie, and J’onn are the only normal, sensible regulars on Supergirl anymore. Everyone else has just dived off the deep end with both feet, right? I don’t know why but everyone on this show has become so irritating about hero-ing, I just want to tell all of them to sit in the corner until they calm the hell down. *sigh* Welcome to Season 2, Episode 10, “We Can Be Heroes.” 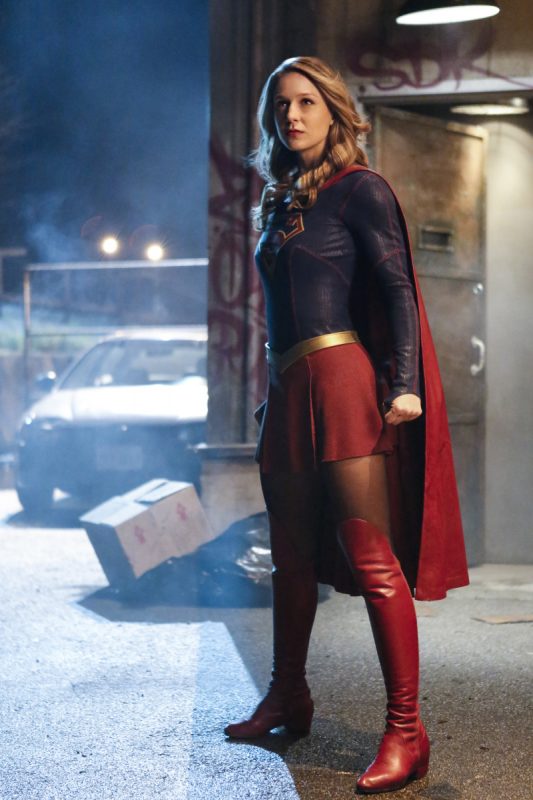 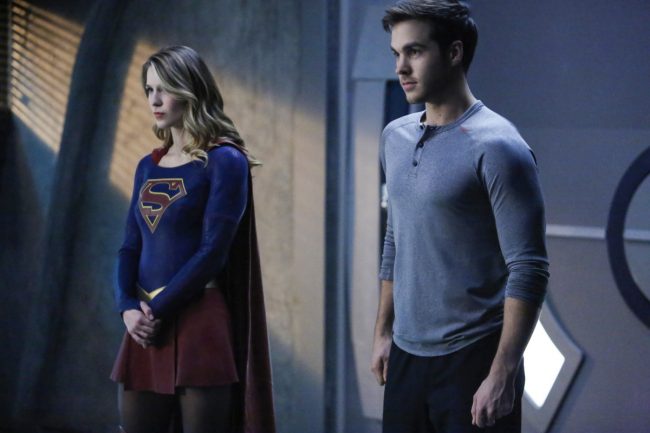 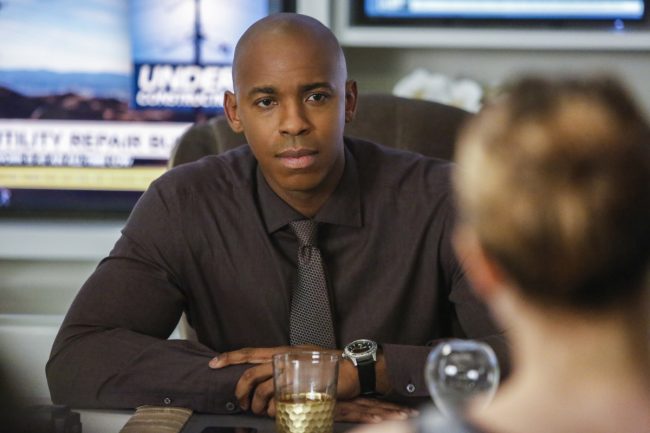 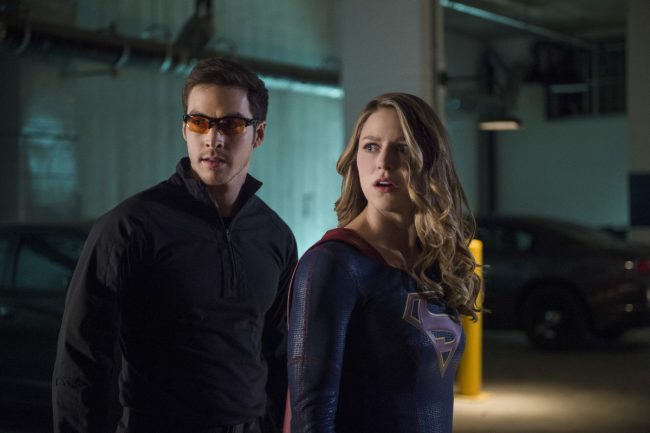 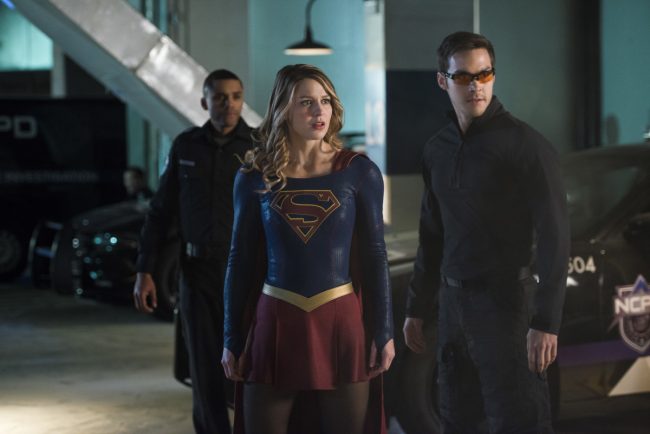 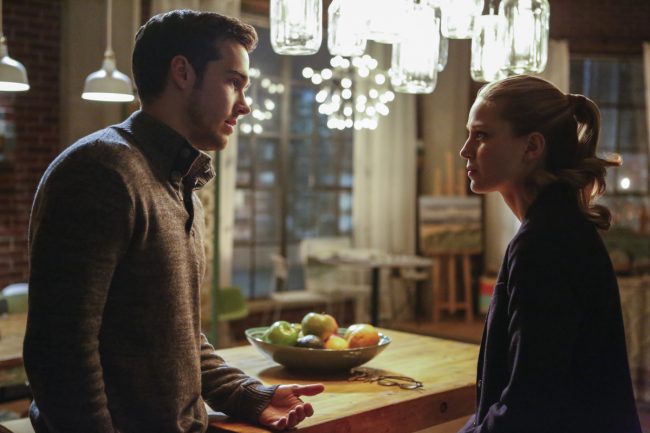 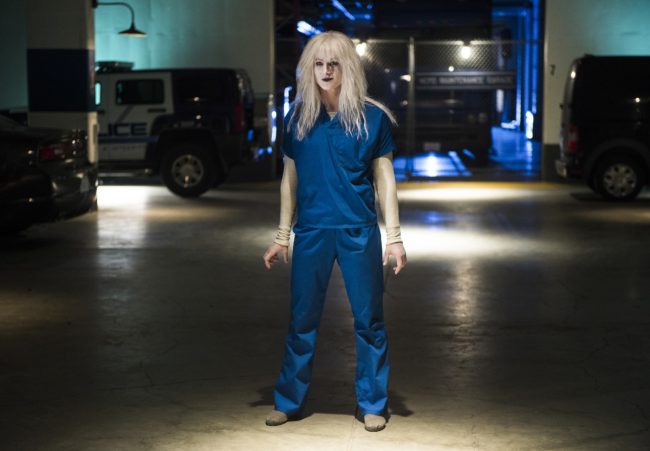 OK, I CAN’T EVEN ANYMORE WITH THIS WHOLE GUARDIAN THING AND IT JUST KEEPS BEING MORE OF A THING AND MORE ENTRENCHED IN THE SHOW AND SOMEONE NEEDS TO PUT A STOP TO IT BEFORE IT CONTINUES TO INFECT EVERYTHING WITH ITS NONSENSE.

I’m really, really over James as Guardian. I wanted them to do something cool with James Olsen, but this wasn’t it. One of the things that was so admirable about James (Jimmy!) Olsen is that he knew he was a hero without needing to be a hero in the same way as Superman, or Supergirl. Hell, on this very show, Winn has touted his science/computer skills as his weapon and that he knows he’s a hero without needing to go the superhero route. Now, all of a sudden, these guys have always been called to be heroes like Supergirl? I wonder if they got called at the same time that Kara got “called” to “be a journalist.” It makes zero sense. That’s never been James’ character, and it’s like they just piled this on the character to make him “more interesting” without actually making him more interesting.

I think what annoys me about his insistence on hero-ing, though is the fact that, in these troubled times, I’m even more aware of the importance of a free press. James is the acting CEO of CatCo, and we’ve barely seen him do his job! Cat Grant he is not. He should be steering the CatCo ship and ensuring that good, truthful journalism is getting done. Instead, he has Kara out there being the world’s worst reporter, and he put Snapper Carr, the one reporter in his employ worth a damn, “in his place” when he tried to assume control of editorial. LET SNAPPER DO IT IF YOU’RE TOO BUSY PRANCING AROUND IN ARMOR TO DO YOUR FREAKING JOB! *sigh*

But Guardian himself isn’t the only thing that annoys the living bejeezus out of me. Also annoying is Kara’s response to Guardian, which also comes out of left field and makes no sense. She’s opposed to James being Guardian, because he doesn’t have powers and will “get killed,” right?

SHE WORKS WITH HER HUMAN DEO SISTER FIGHTING ALL SORTS OF FOES AND BEING BADASS EVERY SINGLE DAY, THO.

There are PLENTY of humans at the DEO, at the NCPD, in the NCFD, and various others who choose to put their lives on the line every single day, and face all sorts of danger, Earth-based and not, ALL THE TIME. Why she’s drawing the line at James being Guardian in a special suit designed by the SAME GUY WHO MADE HER SUIT AND IS MAKING MON-EL’S SUIT I have no idea. I mean, sure she cares about James. Does she not care about Alex? But Alex has special gear and training! James has special gear, and he, like Mon-El, is doing some on-the-job training. James has the heart, and Mon-El has the powers. Supergirl has both, and she could be training both James and Mon-El to each find their balance between power and emotion. Instead, for some weird reason, she’s placing a higher premium on superpowers and denying James and Winn’s desire to help in a way that she would never do to anyone else. (And her attitude about Winn is especially weird. Like, It’s cool if you’re the nerd in the van as long as you’re MY nerd in the van.)

There is literally no good reason why this is a conflict except that this show needs a conflict. 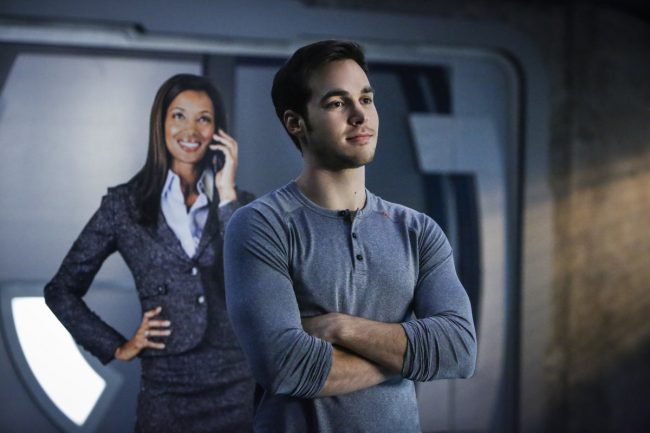 And then there’s Mon-El, whom I find CHARMING AS HELL, but who annoys me with his I only want to be a hero because I like Kara bullshittery. She can’t keep being someone’s prize or end goal! The ONE redeeming part of this particular element of the story is that the episode didn’t end with Mon-El and Kara becoming A Thing. There was no kiss. There was just very warranted awkwardness. I’m not opposed to them becoming a couple, but…not this way. This would’ve been cheap.

I was thrilled about the return of Livewire, Brit Morgan’s performance in the role was awesome as always, and the way they had her return was actually interesting. It could’ve been more interesting had a straight up Livewire vs. Supergirl story been allowed to breathe rather than the writers needing to cram Mon-El and Guardian into it. I loved how Supergirl figured out an impromptu alliance between them, and wish that could’ve been stretched out over a more well thought-out plot. An actual team-up to defeat a scientist who is perhaps trying to steal powers from multiple metahumans. Like Cadmus, but more selfish. I hope that Livewire returns as an anti-hero, and that they figure out better stories for her and Supergirl. She clearly respects Supegirl as an adversary. It would be interesting to see if that respect can translate into teamwork.

It’s in the Supergirl/Livewire interaction and the J’onn/M’gann storyline that the theme of the episode made itself the most apparent. This was an episode about forgiveness and letting go. I loved that Kara had to get over her intense feelings about Livewire as a nemesis to defeat the real villain in this scenario. I love that J’onn had to work through his feelings of hatred for White Martians to save M’gann. The episode could’ve gone deeper, and would’ve been a lot cleaner had it focused on these two stories without cramming in everything else.

So, this episode was half good. I really wish I could go back in time, go into the Supergirl writers’ room, and tell them to not go the Guardian route with James. It’s kind of wrecking everything, and now they have to write their way around it. I probably should’ve been more specific when I complained about James having nothing to do.

Am I being too hard on Guardian? What do you all think? What did you think of Supergirl this week? Let’s chat about it in the comments below!