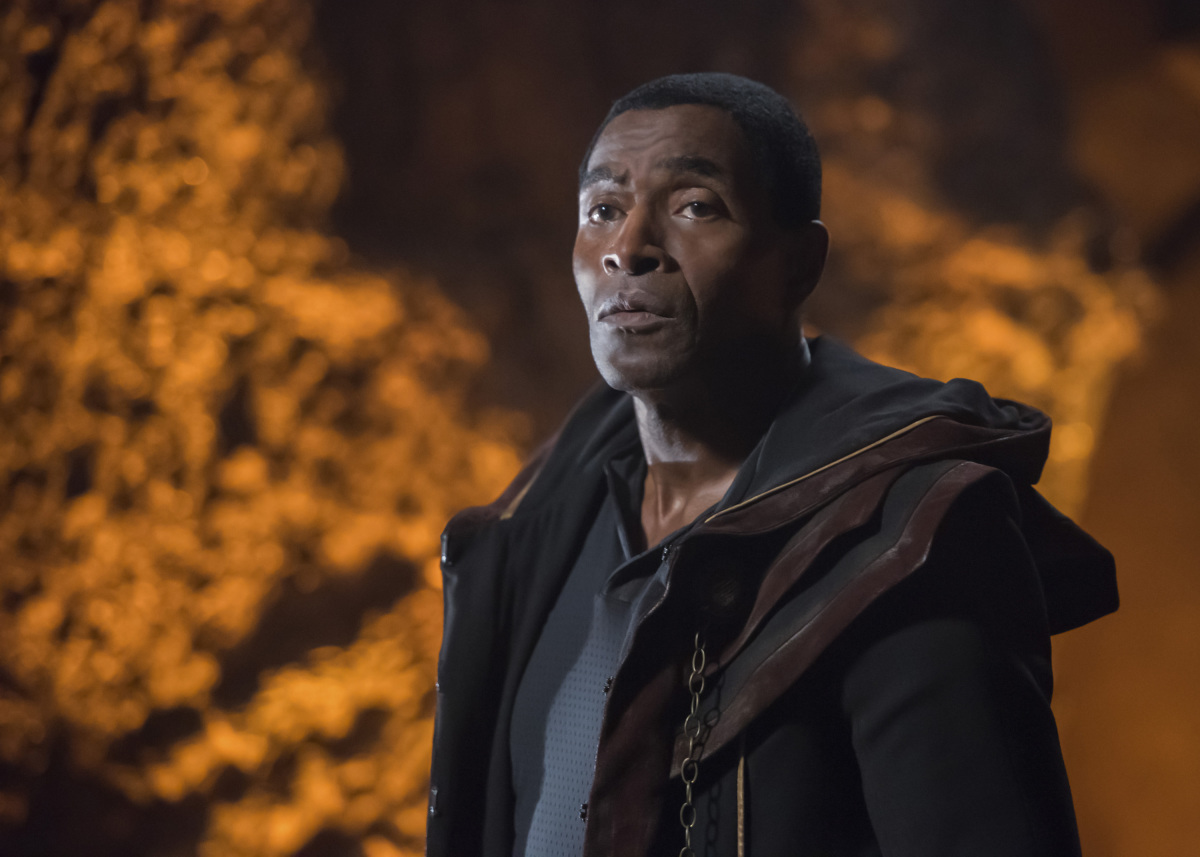 ***Spoilers for Season 3 Finale of Supergirl***

For as long as I’ve ever known him, J’onn J’onzz, a.k.a. The Martian Manhunter, has always been black. From Justice League, Unlimited, and even in the comics, J’onn has been portrayed as in human form being black, which wasn’t hard for me to accept after black fandom adopted Piccolo. While Supergirl has always been a back and forth for me when it comes to race, from the sidelining of James and the casting of a white actress to play a Latina character in Maggie, the one area it has always done well is in David Harewood as J’onn J’onzz.

J’onn J’onzz on Supergirl has always been delightful, but it has gotten even better this past season when they brought Carl Lumby, who was the voice of J’onn on the Justice League animated series, to play his father, M’yrnn. Through their storyline, the show has explored dealing with a parent doing through dementia, PTSD, and reconciling after years of lost time. What has been so meaningful for me, more than anything, is seeing a black father and son show such love and devotion to each other.

So often black men are told to be hard, to be tough, and often lose in sharing each other’s company because of that. J’onn and M’yrnn, while aliens, are framed as black men who share in that existence together. When I watched J’onn prepare the ceremony in which he will take his father’s memories, I couldn’t help but think of Erik and N’jobu’s reunion in the broken ancestral plane where Erik was so hardened by the world his response to his father asking “no tears for me?” was “everyone dies around here.”

J’onn has lived as a black man in the world for years, so he is no stranger to racism and bigotry, but he doesn’t harden himself. That is comforting.

Even more so was the entire premise behind the ceremony in which a martian can transfer his memories to another—in this case, his child—which keeps their family legacy and history intact from the beginning. This concept is so beautiful because it’s something I know so many people, in general, wish they could have, but I know for people of color and other marginalized ethnic groups who have few ties their ancestral homeland something like that would be so precious. To know your family and your people in a full way is something many people miss out on.

Watching J’onn see the first of his people (a woman) receive the scared Martian scrolls from the Martian god made me emotional because while it is a comic book show, it perfectly illustrated something we all want: to know where we come from. It is especially emotional for me for two reasons: because Carl Lumbly is my Martian Manhunter and Lumbly, like me, is a first-generation American with Jamaican parents (in my case one Jamaican parent).

There is still something revolutionary about a black father and son, loving each other, not being afraid to say the word love and to be able to share their history on to the next. Supergirl may not have known or intended that sweet father/son storyline to mean to much, but it did and I love it. Not to mention it is a testament to David Harewood and Carl Lumbly for pulling it off so masterfully. I haven’t cried that much since William and Randall on This is Us.