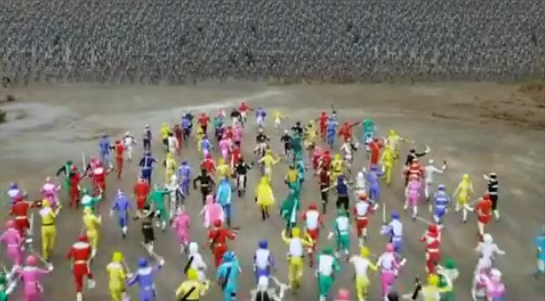 Power Rangers was always pretty silly with a side of incredibly awesome. I remember the heady days of sneaking around to watch it at my friends’ houses behind my parents’ backs, and now, I suddenly remember that Power Rangers was totally amazing. Apparently, for the 35th anniversary of the franchise, there was a Super Sentai (the Japanese series from which Power Rangers is derived) movie release that features an opening scene with the Power Rangers, all of them, in a fight that is obscenely epic (and also pretty silly). Suddenly, I would really like to play a Power Rangers RTS.

Prepare to drown in awesomeness.