Am I really about to let this man ruin my whole life? 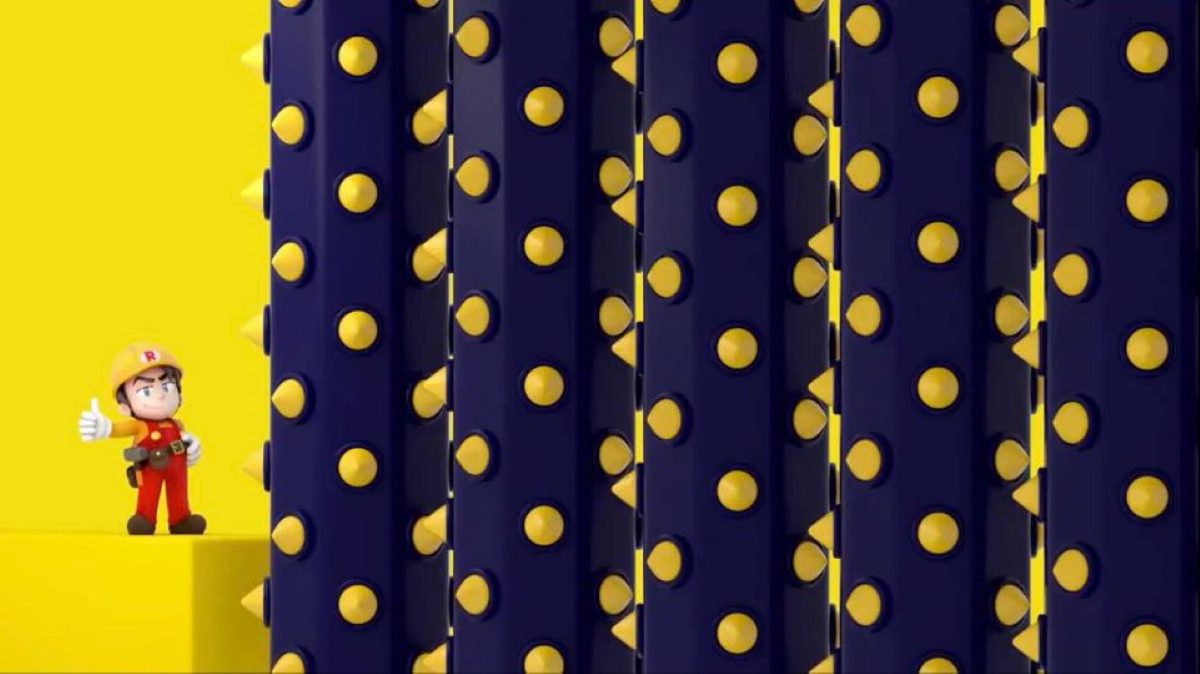 Every friend group has a Ross O’Donovan among them—the one who’s so gosh darn friendly that you never expect the hell they delight in unleashing upon you. My personal Ross O’Donovan is this adorable, squishy face bean in my friend group who always finds a way to screw me over in Mario Kart.

Ross “RubberNinja/RubberRoss” O’Donovan is an animator, voice actor, streamer, and absolute sadist who has created some of the most difficult levels in the Super Mario Maker franchise. I was introduced to him via the GameGrumps, one of my fave entertainment industry duos. A few years back, when the first iteration of Super Mario Maker was released, Ross did what any good diabolical friend would do: made Mario Bros. levels for his buddies to play on their Let’s Play channel.

The levels were … torturous, to say the least, but the most frustrating thing about Super Mario Maker is that you technically have infinite lives (unless you play the 100 Mario Challenge). This means that you actually have to give up on a level versus getting a legitimate Game Over, so there’s this urge to just … keep trying … and not give the level creator the satisfaction of you rage quitting their stage.

Especially if the creator’s in the other room, cackling as you verbally sew together various forms of profanity.

Have you ever seen an announcement where you could just feel the wheels turning in someone’s head? Even if you’re just a fan of theirs and you don’t know them personally? But you’ve seen enough of their work to know that they’re going to do something that’s both great and terrifying?

THIS MAN MADE A WHOLE-ASS TRAILER?!

Right off the bat, I am in awe at the amount of creativity here. This is cool as hell, y’all! This looks exactly like a Nintendo launch trailer! The Mario-style Ross. The gameplay footage. A lot of work went into this, and it touches on every single bit of my love for Mario games.

Built from the ground up to annoy your favorite creators.

Tag your favorite creators you want to see play!

8 months of work, and it shows. He could’ve easily just tweeted the code when done, but wow, he got together with other animators and made a flippin’ trailer! Major props to David Mellow, Jordan Crownshaw, and Noah Barnes. Everyone’s handles are in the tweet below:

The trailer I worked on for @RubberNinja’s Mario Maker World is FINALLY OUT! Go take a look and play it if you dare!

Big shoutout to @Jordanimating for animating Ross in the skewer sequence, and @SmeetheNation for making the final edit look tight. It turned out amazing!!! https://t.co/tjnYiiK1ve

As for that sweet Super Mario 64 Bowser track remix? That’s RichaadEB! I recognized it immediately; I’ve been subscribed to the channel for a while.

As for the levels themselves? According to the trailer, it’s not just Ross’ twisted brain we have to worry about; there are levels where he collaborated with others. They are:

I’m only familiar with The Completionist (don’t be fooled by the fluffy beard that lulls you into a comforting sense of security—his levels are brutal) and Dan (who may have some sympathy for us since he’s been haunted by Ross’ levels). But wait … is PangaeaPanga the one who did that Pit of Panga: P-Break level in the first Super Mario Maker? THAT’S one of the collaborators with Ross? THIS guy:

I’ve decided to preemptively nope out of Super RubberRoss World.

I’m kidding. Once I get a copy of the game (no, I don’t have it yet, don’t judge me) I’ll definitely give this … some kind of try? Trust me, I’m NOT going to rescue any sort of princess. She’s on her own. It’s fine. She’s got a floaty jump and hip smash.

You can check out Ross on Twitch, where he streams a bunch of cool content, not just stuff that’ll make you smash your controller into your Switch. He’s also over on YouTube and, of course, his Twitter handle was already shared in this article.

Thank you, everyone, who put this entire thing together.