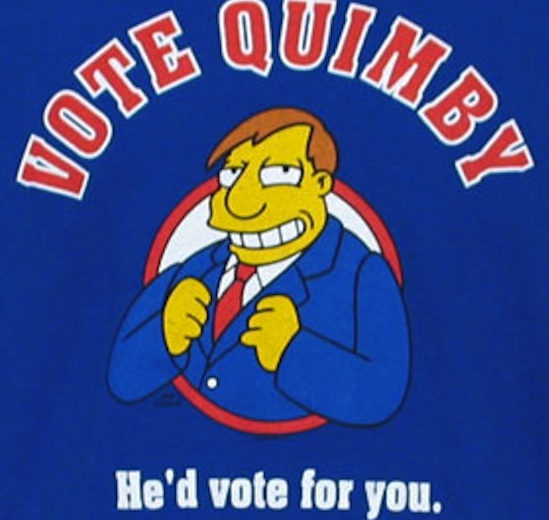 It’s that time of year again. The time when the airwaves are so saturated with political advertisements that you find yourself wishing democracy would go away and leave us clawing one another’s eyes out for the world’s last remaining loaf of bread in peace. This year promises to be even worse, with money flooding into political action committees and newly unleashed Super PACs swollen with cash money to buy up the commercial space that should be reminding us about fast food items we might like to purchase. With a new mobile app, Super PAC App, you can at least find out who is responsible for the onslaught of presidential campaign ads you’re about to be subjected to — especially if you’re one of the poor lost souls in a swing state whose vote might actually count.

A collaboration between engineers at MIT and policy wonks from Harvard’s Kennedy School of Government, Super PAC App can identify any presidential campaign ad from just a quick bit of audio. Once it recognizes the ad, it offers an analysis of what political action committee or entity was behind it, who runs that committee, and how much money was spent on the ad. It’s only good for ads on the television, and needs about twelve seconds of audio to identify a given campaign plug, but at free, the price is right for anyone looking for a way to cut through the muck, mire, and money of the political season and get a little clarity on who’s selling what. It also gives viewers a chance to weigh in on what they thought of the ad, and if they thought it was fair.

In addition to telling you what Super PAC put the ad on your television and thus who is to blame for your perfectly reasonable terror of all politicians, Super PAC App will even go the extra mile, offering links to outside news sources so you can get a third-party fact check on the substance of the ad and a breakdown of the claims being made in it. That makes the app — like election ad monitoring site FactCheck.org — a great way to see how many glaring, astonishing lies you’re being told by the people who run and want to run the country every day. Don’t worry, though — it’s not as depressing as it sounds. It’s a million more times depressing than that.

Also important to remember: Once you know the name of the responsible party, you are not allowed to go find the person and beat them insensible with a blunt object for ruining your favorite sitcom, police procedural, or sporting event with a ceaseless barrage of attack ads. That is still considered assault, and it is illegal. Thanks again, democracy. You jerk.