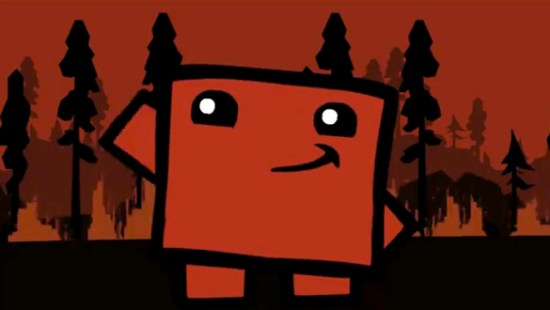 Super Meat Boy, arguably one of the best — and hardest — platformers of the modern era, is known for its punishing difficulty and unbelievably tight controls. That being that case, it would be perfect as a touchscreen smartphone game. Wait, would it? Team Meat thinks it could be. In a flurry of tweets today, Team Meat released some info about the upcoming Super Meat Boy mobile that might ease some of your fears, namely that it’s not so much a port as a complete re-envisioning.

Details are still sparse, but there are a couple of important details to note.

All told, I am extremely excited to get my hands on some new bloody Meat Boy fun, and I’m practically salivating at the chance to be able to take it with me where ever I go. On top of that, I’m also looking forward to throwing more money at Team Meat. It seems that they took this opportunity because it seemed like an interesting challenge, and I think they can pull it off. Super Meat Boy is literally one of my favorite video games ever and I just want more of it in any flavor they’re willing to make.

If you haven’t played Super Meat Boy, I highly recommend you check it out. It isn’t for everyone, but if it’s for you, man. The Binding of Isaac is pretty righteous too. Give ’em a shot and get stoked for some more meaty goodness.

Relevant to your awesome interests in awesomeness