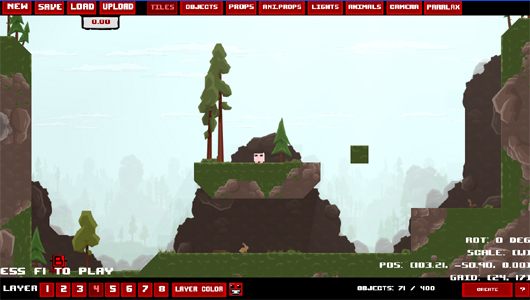 Super Meat Boy fans have been waiting for this for a long time (and, truth be told, they’ve weathered some delays), and it’s finally here: A full level editor for the popular indie platformer has been released on Steam, allowing players to create their own devilish levels.

Here’s what you’re getting: You can create levels, upload them to Super Meat World, and then vote on your favourites. You can create and upload whole chapters with custom par times, titles and music. You can choose which Super Meat Boy characters are used in your levels, selecting from the whole cast of 20 characters. The best levels and chapters will be periodically chosen by Team Meat and featured for maximum exposure.

The editor is currently available in beta, and can be accessed by PC users in Steam’s “Tools” section. It won’t, however, be coming to XBox Live Arcade: “No, we cant legally do a non-regulated editor on Xbla, but we will try to continue to upload new chapters to xbla via the internets.”