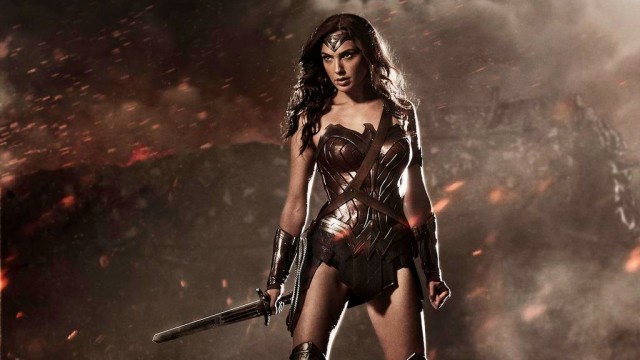 Semi-credible news travels fast. Only yesterday Warner Bros. confirmed that we’ll be getting a Suicide Squad movie directed by David Ayer in 2016, and now we’ve got the first (and perhaps most ambitious) round of what will undoubtedly be a great many casting rumors for the DC film. Also, Gal Gadot and horseless chariots? I could dig it.

According to The Hollywood Reporter, Ryan Gosling is now being courted for a role in Suicide Squad despite Marvel Studios’ ongoing attempts get the actor on board for Dr. Strange. As much as I’d love to see what Gosling would bring to either role, I suspect this rumor will die an early death–the actor historically avoids signing on for franchises, even backing out of the 2011 Green Lantern rather than be contractually obligated for sequels. (Smart move, Gosinator. Very smart.) THR says Tom Hardy, Margot Robbie, and Will Smith are also being considered for the 2016 film.

In more exciting negotiation news for members of the DC Universe, Wonder Woman Gal Gadot is currently in early talks to play the female lead in Paramount-MGM’s Ben Hur remake. If negotiations are successful, Gadot will be signing on to play Esther, a slave and the love interest of Ben Hur (Jack Huston). The film will shoot in early 2015, which should leave the actress’ schedule nice and free for production on her 2017 Wonder Woman solo film. Ahh, “Wonder Woman solo film.” Forget “cellar door,” that might be the most beautiful combination of words in the English language. Care to prove me wrong, Marvel?