The Beautiful Subversion of Race, Power, and Magic in The Midnight Bargain 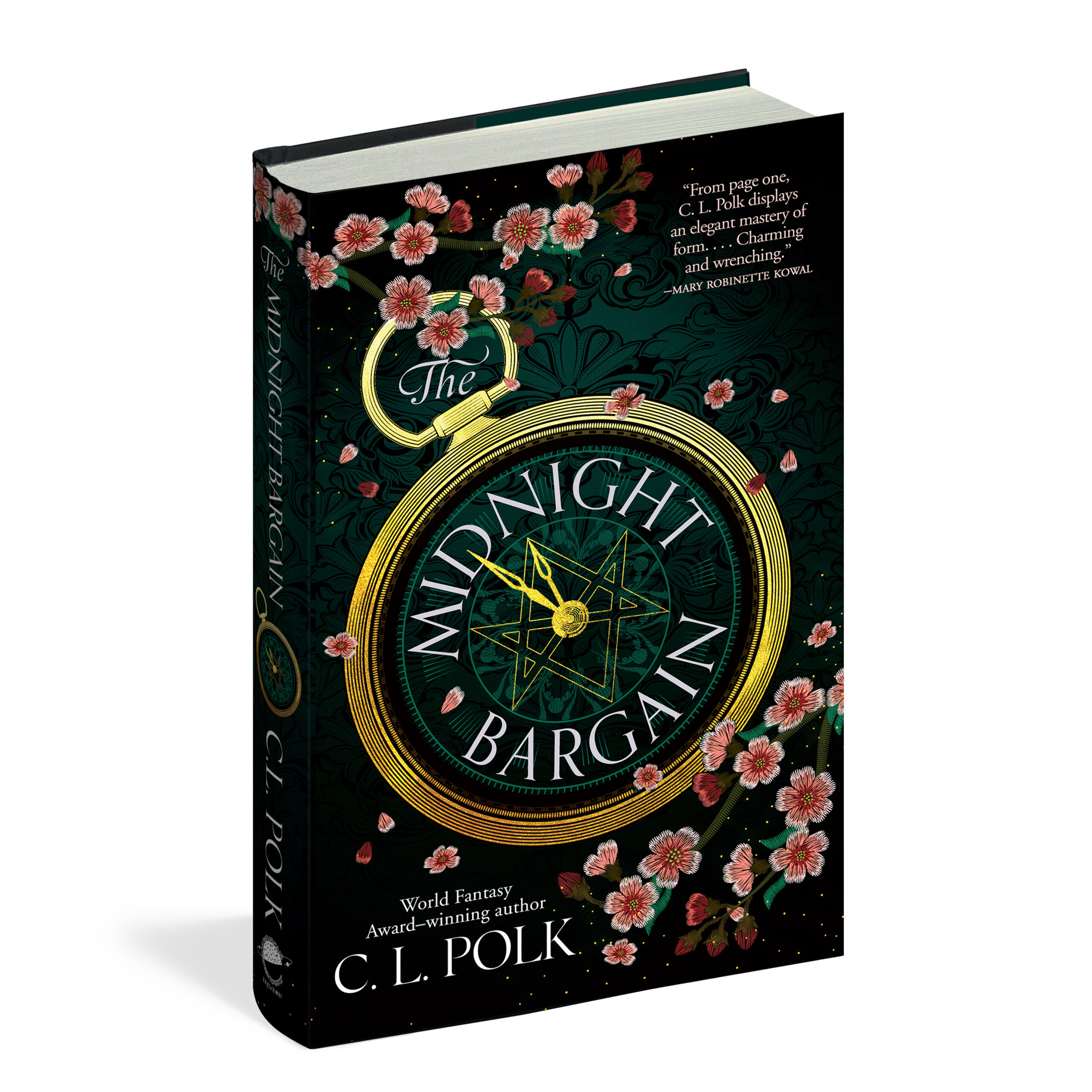 The magic system in C.L Polk’s latest novel, The Midnight Bargain, is one of the most imaginative I’ve read in a long time.

At first glance, it seems to embody many familiar and beloved tropes: sorcery, a magical object, and the power struggle that emerges in the quest to retrieve it. But from the very first page, it becomes evident that Polk has masterfully subverted these tropes to explore the complexities of race, power, gender equality—and how they manifest through the lens of magic.

In the Regency-inspired world of The Midnight Bargain, magic is at the heart of society—but only men are allowed to embody the full experience of it, for when a woman marries, she is locked into a marital collar that cuts off her magic in order to protect her future unborn children from the grasps of malevolent spirits.

Furthermore, women are only taught simple charms and house spells to fashion themselves into dowry-worthy brides, while men are encouraged to train themselves in the magical arts in order to rise up in society.

But protagonist Beatrice has been teaching herself magic from grimoires since she was very young, and has no intention of giving up her abilities to become a doting, child-bearing wife—rather, she wants to become the family magician, and toss aside the expectations that have kept her trapped and unfulfilled.

The fascinating politics of gender equality (and misogyny) are explored with creative and highly intentional flair in Polk’s novel, and this opens up many questions about the way oppression can manifest in something that should otherwise be a powerful force for good.

But The Midnight Bargain’s exploration of gender politics isn’t the only thing that captivated me about this story; from the first page, the characters—and the way in which they are described—gave me pleasant pause:

“She was beautiful, surpassing even the famous reputation of the women of Llanandras. She was blessed with wide brown eyes and deep brown skin, a cloud of tight black curls studded with golden beads, matching a fortune in gold piercing the young woman’s ears and even the side of her nose. But what was she doing here? She couldn’t be in this affluent seaside retreat away from the capital to hunt a husband just as Beatrice was supposed to be doing. Could she?”

“…Beatrice beheld the same features as the lady, but in a man’s face, and—oh, his eyes were so dark, his hair a tightly curled crown below the radiant aura of a sorcerer, his flawless skin darker than the girl’s—Ysbeta, her name was Ysbeta. He was clad in the same gleaming saffron Llanandari cotton, the needlework on his weskit a tribute to spring, a froth of matching lace at his throat. Now both these wealthy, glamorous Llanandari stared at her with the same puzzlement, until the young man’s brow cleared and he slapped the woman on the back with a laugh like a chuckling stream.”

As a Black reader (and avid SFF and historical fiction fan), it’s seldom that I come across a fantasy world—especially a Regency-inspired one—that imagines Black and Brown characters in such an introspective, multi-faceted way. The unfortunate pattern usually finds these genres whitewashed, or viewing Black and Brown characters through a “default” white gaze that doesn’t always afford them the agency or multi-dimensionality that they deserve.

But in the world of The Midnight Bargain, the wealthiest and most politically powerful characters are Black — and even more so, they are centered at the very core of the magic. This adds a deeper dimension to the story, for it subtly confronts the archaic dynamics that often exist in historical/fantasy fiction by turning them completely on their head.

Ysbeta and her brother Ianthe are citizens from the Black-coded country of Llananadras: a powerful nation that is shown to wield great influence over the England-coded country of Chasland, and the greater world at large. The most striking thing about Llananadras’ existence is that it completely subverts the colonial dynamic usually seen in fantasy—and in our own world history—by exploring the paradigm that emerges when a Black country (rather than a white country)  is regarded as the highest purveyor of power, authority, and political sway.

In addition to that, Llananadras is not reduced to a vague, exotic land full of one-dimensional caricatures of Black people—rather, it is depicted as a flourishing, wealthy, and fully realized land with history, authority, and respect in the larger world-scape.

As Ianthe and Ysbeta embark on their respective journeys with Beatrice in Chasland, it’s intriguing to witness the complexities that have defined their roles in society—and their roles in the magic that Ysbeta and Beatrice desire so deeply to wield. Privilege manifests in vastly different ways through The Midnight Bargain‘s interpretation of class, gender, and race, allowing magic to cleverly channel itself as not only a tool of power, but as a vehicle of liberation.

The Midnight Bargain is a memorable read full of wit and charm that left me excited to see what else C.L. Polk has in store in the near future! And luckily, readers will have an opportunity to win a copy of The Midnight Bargain, The Fortress, and The Scapegracers in an exclusive Erewhon giveaway later this month, so be sure to keep your eyes peeled and your bookshelves ready! The Midnight Bargain is now available everywhere that books are sold.