Students Fight Back as Schools, Parents Seek to Censor Even Malala, Sesame Street on Race

The kids are alright. 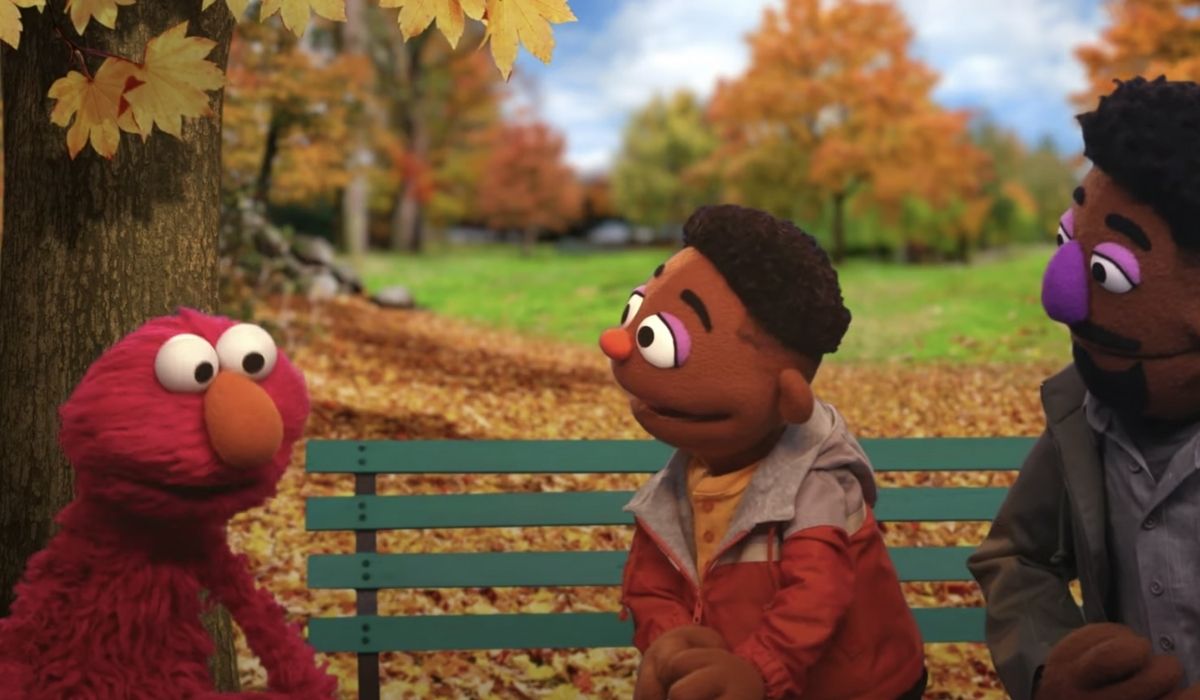 Students and educators around the country are trying to figure how to learn/teach about the harsh realities of our world while also pushing against right-wing censorship banning the subjects. In one Pennsylvania school district, kids have had enough and are fighting back.

Last year, heated school debates resulted in the York, Pennsylvania schools banning (and, in some cases, holding ongoing “reviews” of) a four-page list of materials. In the list sent to teachers across the Central York District, books banned from use in the classroom included titles like a biography on Rosa Parks and 19 other books in the “Who Is/Was _____?” series. (Not about everyone, of course. Just people like Michelle Obama, Sonia Sotomayor, Susann B. Anthony, Frida Kahlo, etc.) They include a whole list that is just a spreadsheet of books, based on grade level, that lists recommendations of books by or about people of color.

What is not discussed as much is that this conservative backlash included a book called Come Over to My House, by Dr. Seuss. The book features children around the world learning about each other’s different cultures. People really bent over backwards to buy up his racist books that were no longer being printed (as well as ones not challenged, but bought anyways to “own the libs”), but this book that came at the end of his career and seeks to celebrate diversity and make amends? Yeah, that book is okay to ban, apparently.

The banned material does not stop at books. There are articles, videos, documentaries (even from PBS), presentations, webinar recordings, and virtual events. The list includes everything on the Learning For Justice website (formerly Teaching Tolerance), and even the Sesame Street/CNN town hall addressing racism. They went after ELMO AND BIG BIRD.

Speaking to The Morning Call (TMC)—anonymously, to protect their job—one teacher said that the list was “disgusting”: “Let’s just call it what it is — every author on that list is a Black voice.”  (True, before diving into the picture book list and spreadsheets.)

School board meetings, city council meetings, and other types of local governments have been the most effective battle ground for QAnon and conservative media talking points across the country. It goes beyond the COVID-19 debates, as these spaces are used to push against any attempt to address racism, sexism, homophobia, transphobia, and ableist policies/practices in our communities. We are still in the “talking about racism is worse than actual racism” part of the timeline.

Admin are calling this ban a “freeze” (that has lasted over a year) for “review.” They know “ban” sounds bad, but the change of language doesn’t hide what they are doing.

Students (like educators) are calling this censorship what it is: an attack on diversity. The all-White board and apparent arbiter of truth dismissed students and critics of these changes, even though the materials “under review” ALL discuss race and racism.

This attitude is what led organizer and Central York High School student Edha Gupta to lead the student group Panther Anti-Racist Union to organize September 8 through 13, when the school board meeting was held. (The use of “panther” is just a coincidental similarity to Black Panthers, as the school’s mascot is also the panthers.)

Gupta told ABC 27 that when they heard the news, they felt like they’d been punched in the gut: “I was shocked, terrified, disappointed.”

Fellow student organizer Christina Ellis said that removing these books is taking away history from Black and brown students. Olivia Pituch, a white student participating, said, “A lot of these resources can help people notice microaggressions, notice little acts of racism, teach kids how to be accepting and embrace others.”

Censoring books is antithetical to our First Amendment rights. And when those books are exclusively by or about people of color, no one’s fooled.

All young people deserve the right to read and learn in schools, free from censorship or discrimination. https://t.co/Lrqa2p4i09

Authors and some other individuals who made the list are also speaking up against these types of bans.

With a new superintendent approved this past Monday, it is unclear if these students’ demands will be met. Based on my recent experience and involvement in shared governance within the University of Houston System, I’mma say this is unlikely. He already began his tenure with vague unity language that focuses on healing, over the urgency of justice and the violence of the status quo.

Established by the American Library Association (ALA), September 26–October 2 is observed as “Banned Book Week.” After the last few years of the Top 10 Most Challenged Books comprising mostly books with LGBTQ+ representation, 2020 took a sharp turn. If you guessed it would be (back again) to material reflecting the Black experience in United States, you would be right.

Sixty percent of the books on the 2020 list were cited for reasons such as anti-police views, centering “divisive topics,” and being “one-sided.” Sounds like the school board mentioned above or, heck, the Republican leadership in Texas. The Hate U Give, by Angie Thomas, left the list in 2019 for the first time since its 2017 release but returned in 2020 after a summer highlighting racial injustice. 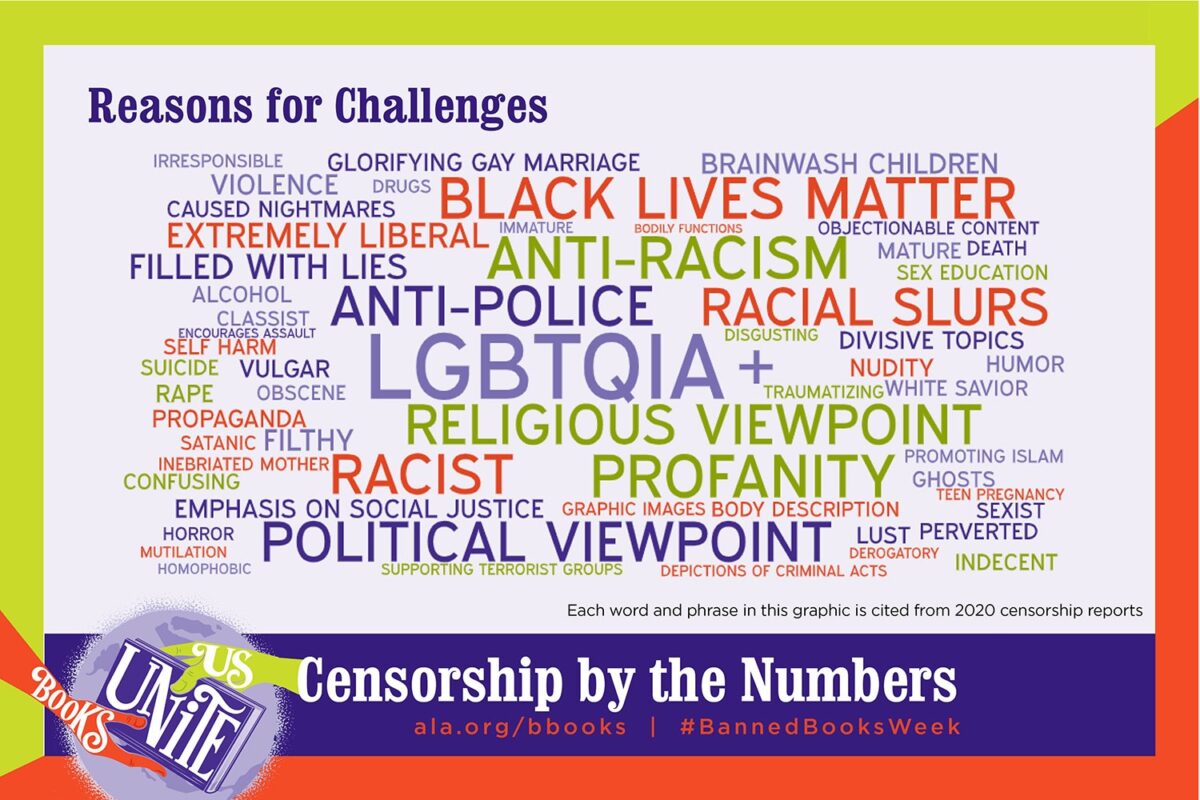 (Image: ALA Office for Intellectual Freedom)

This continued backlash against discussing systemic racism or even overt oppression leads me to believe that when the ALA releases this year’s numbers, they will be similar to 2020. In the meantime, the students of York, led by the Panther Anti-Racist Union, will continue to speak up for their right to read.