Pressure-Sensitive Keyboard Knows When You're Busy | The Mary Sue 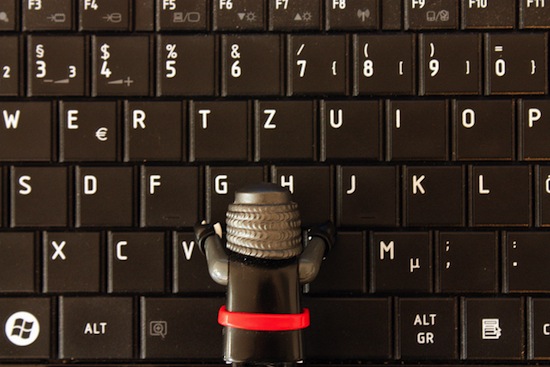 Have you ever noticed that you type harder when you’re in a hurry? Well, whether you’ve noticed it or not, most people do tend to push keys harder when they’re stressed out. While this Japanese new keyboard won’t do anything to help relieve that stress, it can at least tell your computer to not to nag you while you’re too busy to check your email or talk on Gchat.

Designed at the Graduate University for Advanced Studies in Hayama, Japan, a pressure-sensitive keyboard can be programmed to put your computer in “focus” mode when users start pushing down on their keyboard harder than normal, deactivating email notifications and other nuisance operations that can get in the way when they’re just trying to get stuff done.

Well, it’s not a whole new keyboard, per se. Creators Takahisa Tani and Seiji Yamada designed a pressure-sensitive mat that fits under the keys. By detecting how much pressure a user puts on keys on average, the mat can perform operations based on when the users is applying more pressure than normal. After a short training period, studies on multiple volunteers showed that the keyboard was upwards of 80 percent accurate in predicting when users were especially busy.

Tani and Yamada’s design shut down email notifications, but theoretically it could be programmed to do anything when the pressure in a typist’s keystroke changed. In the future, the pair hope to create a mat that for coffee tables and desks, which can detect a user’s activity based on how often their elbow shifts and/or how often they pick up their cup or coffee mug.