Stray Dogs in Romania Are Quite Accomplished at Crossing Streets, Humans Not So Much 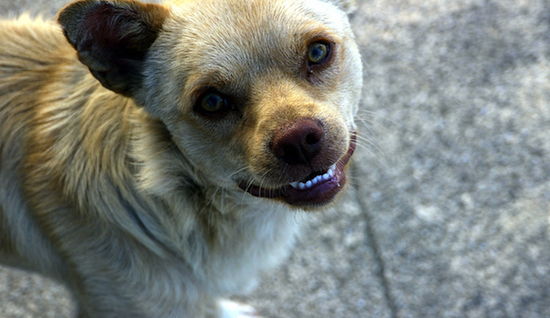 The human race has accomplished plenty since the day we first learned to wield tools such as a hammer and chisel. We’ve constructed towns, bustling cities, and — most importantly — the roadways that allow us to commute from one urban center to the next. Not that this interconnected network of paved ground does us any good since mankind has still failed to grasp the simple concept of traffic safety, namely crossing the street without ending up as roadkill. Traffic police in Romania are fed up with pedestrians’ blatant disregard for designated crosswalks, opting to instead dash across busy streets at their own, oftentimes fatal, detriment. In an effort to raise awareness of this sheer idiocy, traffic police have released a series of TV ads highlighting the citizens that understand the function of those big white lines painted on the pavement are for: Stray dogs.

Semida Duriga, the director of Romania’s Next Advertising agency, created and launched the ads upon learning the unsettling statistics regarding the number of careless pedestrians killed or grievously injured when hit by oncoming motor vehicles. According to the chief of Romania’s traffic police, Lucian Dinita, roughly 360 of these collisions were fatal while another 1,200 required intense medical attention.

Unlike humans and their all-encompassing drive to reach the taco truck across the street regardless of the consequences, Romania’s stray dog population heeds the importance of traversing crosswalks and understands that the green light applies to cars and not living organisms. This uncanny level of canine adroitness is what inspired Duriga to film these dogs from various Romanian cities in action for the ads:

I thought of what you often see in Bucharest: dogs crossing at crosswalks or waiting for traffic lights to turn red for cars before crossing. These stray dogs did not get education on traffic safety but they instinctively perceive that to do so is safer.

The ad campaign features Duriga’s collected footage showing the stray dogs observing their surroundings and gauging when it is and isn’t safe to scamper across the street. Rounding out this montage of humiliation is a stinging tagline urging, “If they can do it, then everyone can do it — cross on pedestrian crossings!” From telling us to say no to drugs to demonstrating how to properly cross the street, dogs really have taught man quite a lot.

(via Discovery News, image via zebarnabe)