Here’s What We Want From Stranger Things Season Four

Outside of, obviously, more Robin. 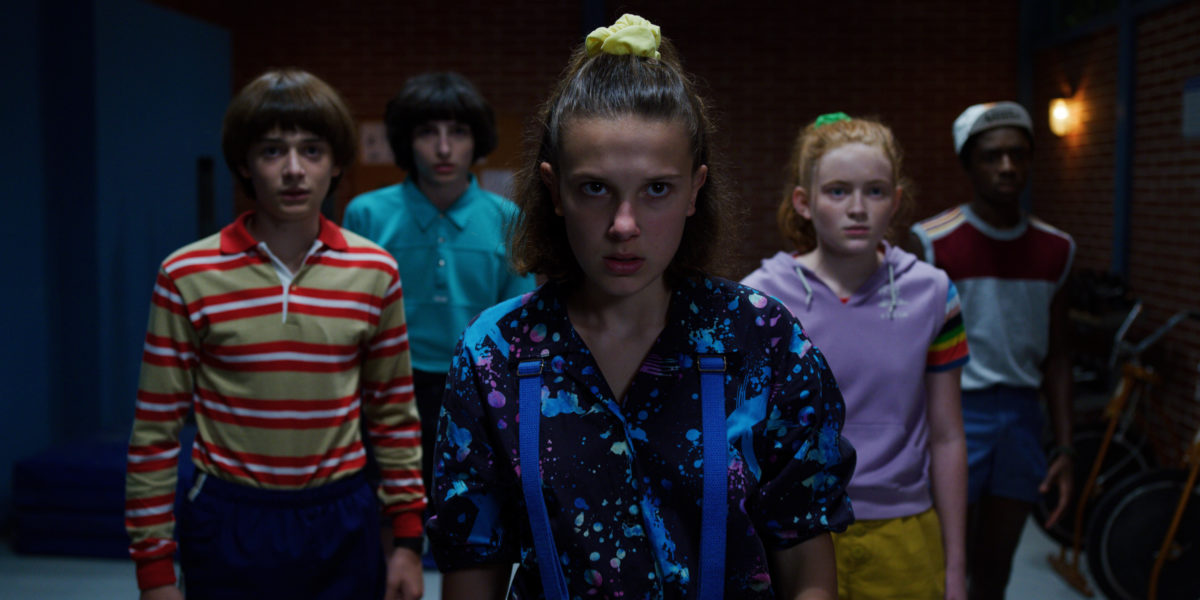 ** Spoilers for season three of Stranger Things to follow **

The countdown is on for Stranger Things season four. The official Twitter for the show teased fans with both the clock emoji and an upside down face, which matches a now gone Instagram story video featuring a clock in the Upside Down. Were they counting down to a new season announcement, or does the clock represent something else… say, time running out for a character trapped in the Upside Down?

The fourth season was just announced via The Hollywood Reporter. We’re officially getting the Scoops Troop, the party, and everyone else back together. So what should go down when we return to Hawkins?

Firstly, I hope the show continues to expand its horizons. The show can’t just stay in Hawkins forever, repeating the same plot over and over. At some point, we have to explore the world beyond Hawkins and how the Upside Down is threatening the entire world. We hear about world-shattering stakes, so let’s get a look at the world itself. Besides, I want to see what the Upside Down looks like in a city. Imagine the cool visuals.

We also need to bring back Kali, and bring her back soon. There are more children out there who were experimented on by the scientists at Hawkins Lab, all with their own abilities. Kali was a great character who deserved so much more than a single one-off episode, and it would be fantastic to see her come back as Eleven struggles with losing her own powers. Besides, maybe there are more of them out there. It could be like the Avengers!

I hope Nancy gets a slightly better arc this season as well. I loved Nancy in season one, but felt her plot slowed down in seasons two and three when she was paired off with Jonathan. I hope she turns into a kickass investigative reporter who doesn’t have to deal with sexist jerks all day long, and that maybe she gets to be close friends with Robin in order to continue featuring strong female friendships on the show like Max and Eleven. Jonathan is nice, but he slows her down. Let Nancy shine for a minute.

I’m a big fan of Hopper staying dead to up the stakes of the series, but if he must make it out of the end of season three alive, I hope he’s trapped in the Upside Down rather than being the mysterious American the Russians are holding prisoner. There’s a lot of interesting story potential if Hopper is trapped in the Upside Down and, perhaps, Dr. Brenner, Eleven’s father, is the American. After all, we never saw a body when he “died” in season one. Hopper in the Upside Down and Brenner as the prisoner is an interesting set up for season four, and I hope they pursue that angle.

There are other wishes too, of course. More Robin, more Erica, more Max, more Lucas. However, my biggest wish? That the show gets an end date. Much like how LOST got, well, lost for a bit until they had an end date to work towards, it would work better if Stranger Things had a clear ending in mind they could start building towards. They need an endgame so we can break free of the same plot cycle each season.

What do you want to see in season four of Stranger Things?