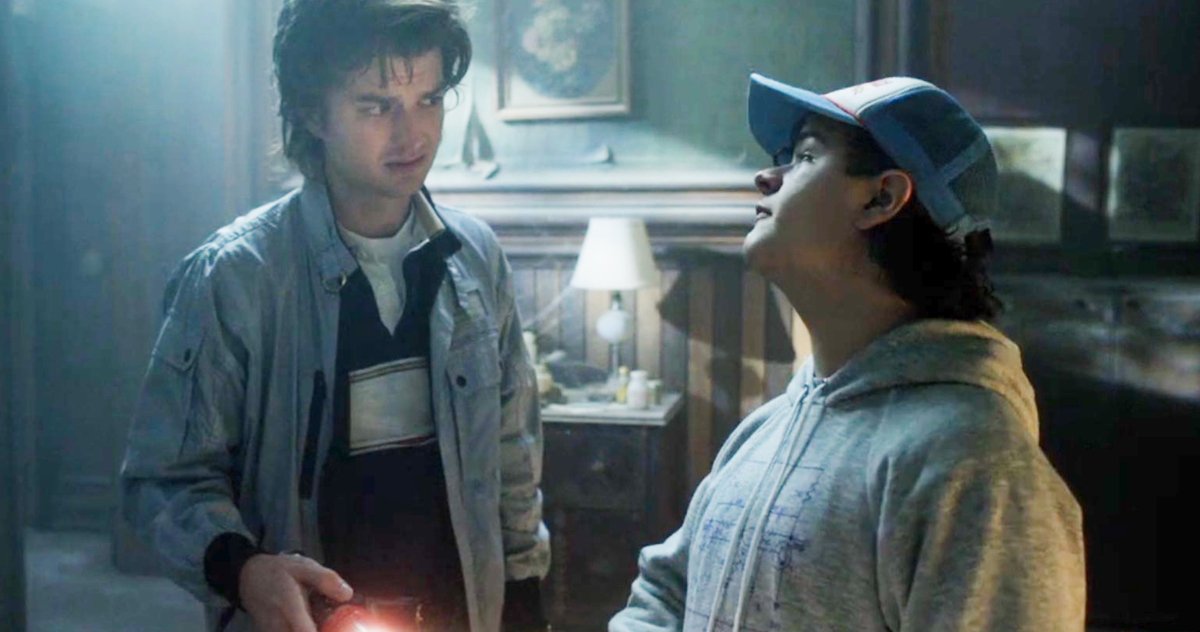 Hawkins, Indiana is one of our favorite fictional towns, and now, as we’re waiting for Netflix’s Stranger Things 4, we have a better idea of what to expect from the series. It isn’t coming until 2022, but that doesn’t mean we’re not excited about the fourth installment in the popular Netflix series. The last we saw, Jim Hopper (David Harbour) was presumed dead, only to turn up alive and in captivity in Russia, and the Byers left Hawkins, Indiana and took Eleven (Millie Bobby Brown) with them.

While season 4 seems to have more twists now that we know the extent of the Upside Down, this new clip shows us a look into the Creel House, something that the Duffer Brothers have said plays an important part in this upcoming series, which makes sense seeing as it is the house that held Victor Creel’s murders. But we get to see a bit of the history of this house that leads to our favorite kids breaking in, because what else is there to do in Hawkins?

Steve (Joe Keery), Dustin (Gaten Matarazzo), Lucas (Caleb McLaughlin), and Max (Sadie Sink) break into a haunted house, and we get to see the first side of it, which feels like a wonderful happy family moving into their forever home. With “Dream a Little Dream of Me” playing, a family moves into the Creel house, but then things get spooky when the father (who I’m assuming is Victor Creel) murders his family?

Robert Englund plays Victor Creel, “a man imprisoned in a psychiatric hospital for a gruesome murder he committed in the ’50s,” so we can assume that this is a look into that murder? Especially since it is called the Creel House? Even if it wasn’t a younger Victor Creel, something clearly happened in this house that led to the death of a family, and honestly, it’s about time that Stranger Things waded into the Amityville Horror of it all.

Stranger Things works because it brings in the ’80s tropes we know and love while still having horror aspects to it that won’t completely frighten off fans who don’t like spooks. But this Creel House clip looks like the scariest aspect of Stranger Things yet. It makes sense that Robert Englund would have a truly frightening character. After bringing Freddy Krueger to life for years as a real-life ’80s icon, it is only fitting that the famed Nightmare on Elm Street actor plays a murderer on Stranger Things.

We still have quite a while until we’re back in Hawkins and get some answers, because right now, it just says 2022, so who knows when we’ll be back with the crew? But having Steve Harrington back with his children and taking them to a haunted house? That’s the kind of content I’ve been wanting with the return of Stranger Things.