Stormy Daniels Doesn’t Have to Take the “Me Too” Label, But She’s Describing the Exact Culture We’re All Fighting Against 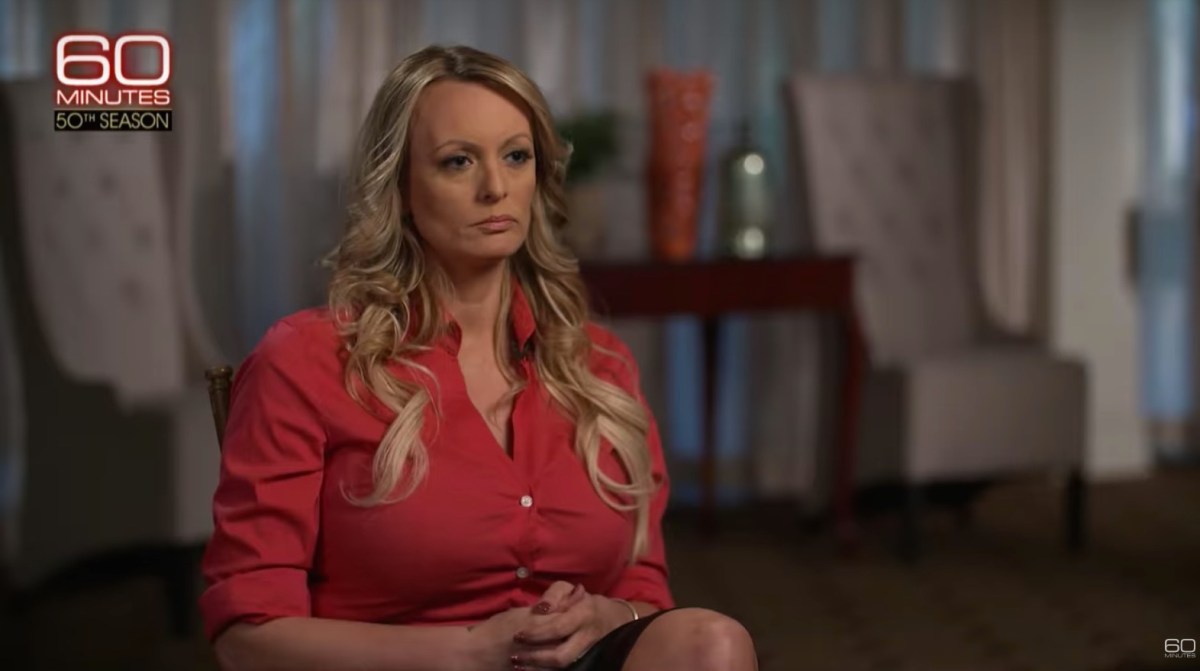 Last night, Stormy Daniels sat down with 60 Minutes’ Anderson Cooper to share details of her alleged affair with Donald Trump. Daniels, whose given name is Stephanie Clifford, says that she met Trump at a celebrity golf tournament in 2006 and that the two had sex after she accepted a dinner invitation in his suite.

There weren’t really any big revelations in the interview, but it allowed Daniels to tell her story herself. And one of the first things she did in the interview was to distance herself from the current #MeToo movement.

“This is not a Me Too,” she told Cooper. “I was not a victim. I’ve never said I was a victim.  I think trying to use me to further someone else’s agenda does horrible damage to people who are true victims.”

That’s valid. While there is a movement of women sharing their stories of abuse and harassment, those movements are made up of individuals. And every person should have the right to determine their own narrative in how they discuss their own sexual encounters. But the Me Too and Time’s Up movements are not limited to instances of physical assault or a lack of direct consent. And they are far more than choosing to use or reject a hashtag. They’re about exposing and exploring the systems of abuse that silence women while allowing men to abuse their power.

What makes Daniels’ story about Trump important–far more important than a consensual affair–is how she describes the ways in which she was silenced. Daniels tells a story we’ve heard versions of before, most notably from Karen McDougal, a former Playboy model who has also spoken recently about her affair with Trump and how he’s kept her silent. Both women describe selling their stories to magazines, only to have them bought or otherwise squashed by Trump. Both were paid large sums of money just before the 2016 election in exchange for signing nondisclosure agreements. Daniels also describes being physically threatened to drop her story, and McDougal says she was “tricked” into signing her contract, and misled about its contents. (She says she was promised a number of business opportunities that were never fulfilled.) Both women are being threatened with multi-million dollar fines for attempting to tell their stories now.

The sex these women say they had with Donald Trump may have been consensual, but Trump’s systems of silencing them are disturbing. Daniels describes being threatened in front of her infant daughter. And as Ronan Farrow recently reported, Trump is close friends with David Pecker, the CEO of American Media, Inc., which owns the National Enquirer and which bought McDougal’s story only to make sure it never ran. Pecker reportedly had a regular habit, if not a policy, of buying stories about Trump with the singular intention of killing them.

Other women have accused Trump of non-consensual sexual misconduct. But these systems of silencing women are an important component of Trump’s alleged attacks on women, and they’re reflective of the experiences of so many other women who also find themselves silenced by powerful men.

But there’s another section of Daniels’ 60 Minutes interview that is even more emblematic of the imbalances and abuses of power that are finally being exposed in the current movements against sexual misconduct. Daniels told Cooper about her first meeting with Trump, and how she bantered and flirted with him, then accepted an invitation to have dinner in his hotel suite. She says he claimed he wanted to talk with her about an appearance on Celebrity Apprentice. At one point, she went into the bathroom, and here is what she says happened when she returned:

Daniels: You know, I was in there for a little bit and came out and he was sitting, you know, on the edge of the bed when I walked out perched.

Cooper: And when you saw that, what went through your mind?

Daniels: I realized exactly what I’d gotten myself into. And I was like, “Ugh, here we go.” (laugh) And I just felt like maybe– (laugh) it was sort of– I had it coming for making a bad decision for going to someone’s room alone and I just heard the voice in my head, “well, you put yourself in a bad situation and bad things happen, so you deserve this.”

Cooper: And you had sex with him.

Cooper: You were 27, he was 60. Were you physically attracted to him?

Cooper: Not at all?

Cooper: Did you want to have sex with him?

Cooper: It was entirely consensual.

Cooper: You work in an industry where condom use is– is an issue. Did– did he use a condom?

Cooper: Did you ask him to?

Daniels: No. I honestly didn’t say anything.

I get that Stormy Daniels doesn’t view herself as a “victim” of sexual assault or misconduct. She doesn’t want to label herself as a “Me Too” moment. And she doesn’t have to use those words if she doesn’t want to. She doesn’t have to use the hashtag or wear the pin. But her story is absolutely a part of what’s happening in these larger movements, which go far beyond just focusing on issues of direct consent (although that is, of course, an important aspect). “Me Too” and “Time’s Up” are about exploring all the reasons why a woman would ever feel like sex is a punishment, and one which she brought on herself. They’re about making sure women feel they have the power to voice their needs and their concerns. They’re about exposing the systemic injustices that let a man use a business proposition to coerce someone into sex in the first place.

Stormy Daniels doesn’t have to embrace the solidarity that, for many, comes from giving a name to a movement. That is 100% her decision. But that doesn’t change the fact that when telling her story, she is describing the culture that has allowed sexual abuse, harassment, coercion, and so many other forms of misconduct to fester.