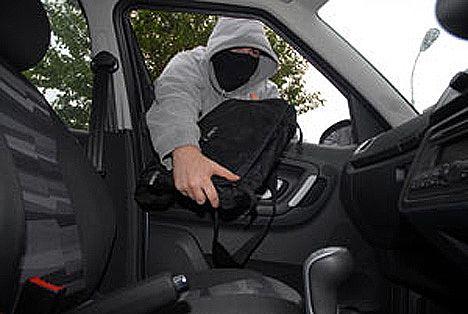 Writer Sean Power was the victim of laptop thievery in Brooklyn; a type of gankery that rattles many of us to our very core. Luckily for him, he was using open source anti-theft program Prey and was able to track — and eventually retrieve — his stolen electronic lifeblood with the help of a posse of his Twitter followers who happened to be in the area of the tracked stolen laptop.

The story is actually quite interesting, and is even accompanied by a log of tweets documenting the tracking and recovery process, but some feel the story may actually be a hoax — a secret marketing ploy for the security software.

The above tweet began the tale of Sean Power’s supposedly stolen laptop. Using the aforementioned anti-theft software Prey, he was able to tack his stolen laptop to a bar in Brooklyn called Oficina Latina. Prey snapped pictures of the person using the stolen laptop, as well as gathered some of said person’s browsing habits and IP address.

Power also saw the user loading up Skype. He called the police, but was informed that the police couldn’t do anything because he had not filed a report. From that point on, a miniature mob of Power’s Twitter followers formed and took matters into their own hands, which led to one of his friends showing up at the bar to monitor the situation.

Power, along with his Twitter posse, dug up information on the man who is using the stolen laptop, and it turns out the guy is a co-owner of the bar. Various people offer to assemble and head to the bar to confront the co-owner on behalf of Power, who is unable to do so because he was in Canada at the time. Before two of Power’s posse arrives — Twitter follower Nick Reese and the girl mentioned in the above tweet, who Power refers to as “sarong,” because she is wearing a purple sarong — the person using the stolen laptop logs into Gmail, as well as his own Chase Online account, obviously unaware he is being monitored. At this point, it’s important to note that there is a good chance the person using the stolen laptop isn’t the actual thief, but bought the laptop from the thief, whether or not he was aware it was stolen.

Power decides to call the person using his laptop, but his Twitter followers prevent him from doing so, because if the person is actually the thief, there’s a good chance he’ll trash the laptop and Power most likely won’t be able to get it back. At this point in the tale, various tweets emerge wondering whether or not this whole story is simply a marketing stunt for Prey, though Power claims this is all real.

Eventually, Nick Reese and sarong girl were able to retrieve the laptop from the person using it, who supposedly gave it up without a fight, lending a bit of credence to the fact that maybe he wasn’t the thief after all and just stumbled into buying stolen goods.

Tony Ortega over at the Village Voice is highly skeptical of the above story, and felt as the story went on, it seemed to be more of a marketing stunt for Prey. Ortega points out that the bar is “located in perhaps the most Twitter-heavy part of the most Twitter-heavy city in America,” and it seemed highly unlikely that there wouldn’t be dozens of people at the scene tweeting about it.

Whether or not the story is true, it’s definitely interesting: Either the story is a fairly amazing tale of the power of anti-theft software and social media teaming up to take down a potential thief, or it’s the story of a highly-effective and entertaining marketing campaign. If you want to experience the ride and decide for yourself, you can follow the whole Twitter log here and check out Nick Reese’s take on the story here.

(via CrunchGear, Storify, and Village Voice)