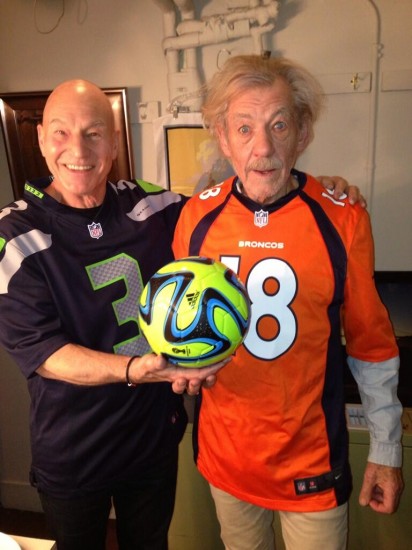 I don’t know a lot about American football but I probably know less about the World Cup, or whatever. Talk to me about Quidditch and we’re cool. Anyway, Sirs Stewart and McKellan are having a bit of fun with the Super Bowl here. I approve.