Bee and Puppycat, Steven Universe Both Get More Episodes 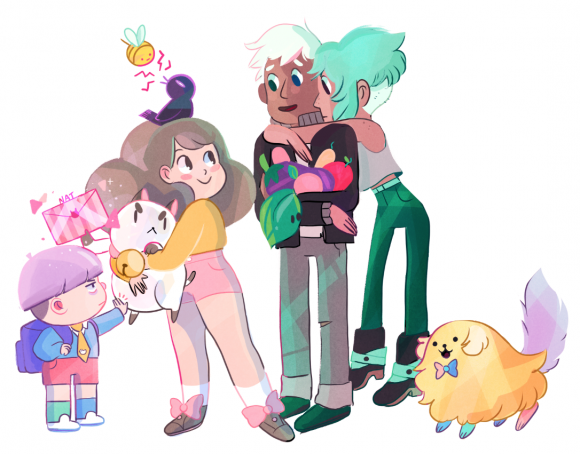 Bee and Puppycat is in the final hours of its Kickstarter drive, but that hasn’t stopped the show from blowing through another stretch goal in about a day. Creator Natasha Allegri thanked fans with this preview of some of the new characters we can expect to see on the nine-episode show (as well as those introduced in the original short).

And speaking of deconstructions of magical girl anime created and repackaged for a Western action cartoon audience by women who grew up on both, Steven Universe, Cartoon Network’s strongest premiere of 2013, has had its first season expanded by thirteen episodes, bringing it to 26. Now that’s a perfect porkchop.