They pretty much all revolve around Mina 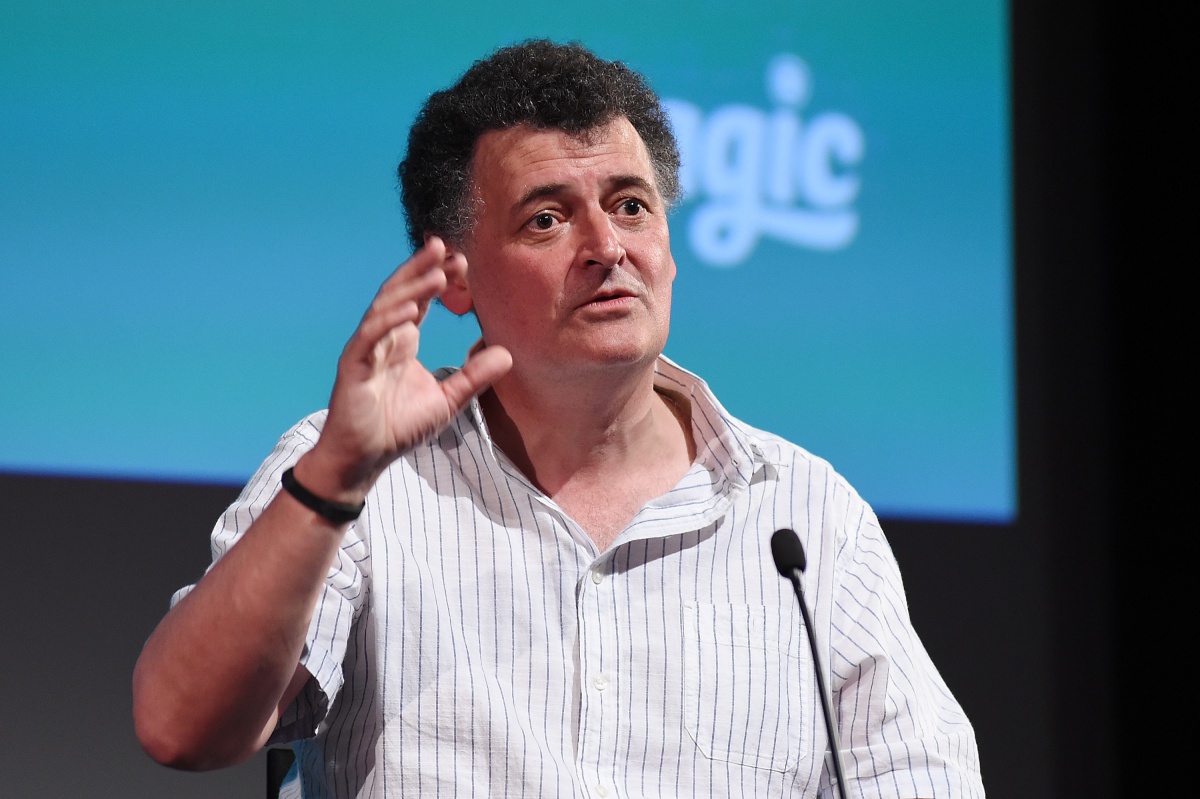 It was announced by Variety that from the minds that gave us Sherlock, the duo of Mark Gatiss and Steven Moffat, will be working on a Dracula adaptation for BBC and Netflix.

Appropriately it’ll be a period drama taking place in 1897, and revolve around the blood-drinking Count Dracula as he terrorizes the streets of Victorian London. In Sherlock fashion, it’ll three 90-minute episodes.  Look, y’all know how I feel about Moffat so I’m not going to sit here and feign excitement. That being said I love the book Dracula and I will absolutely be tuning in to see what this adaptation of the novel does.

Still, I am hoping, wishing, and praying that Moffat avoids some of the more cliche choices that have been made in bringing Dracula to life. 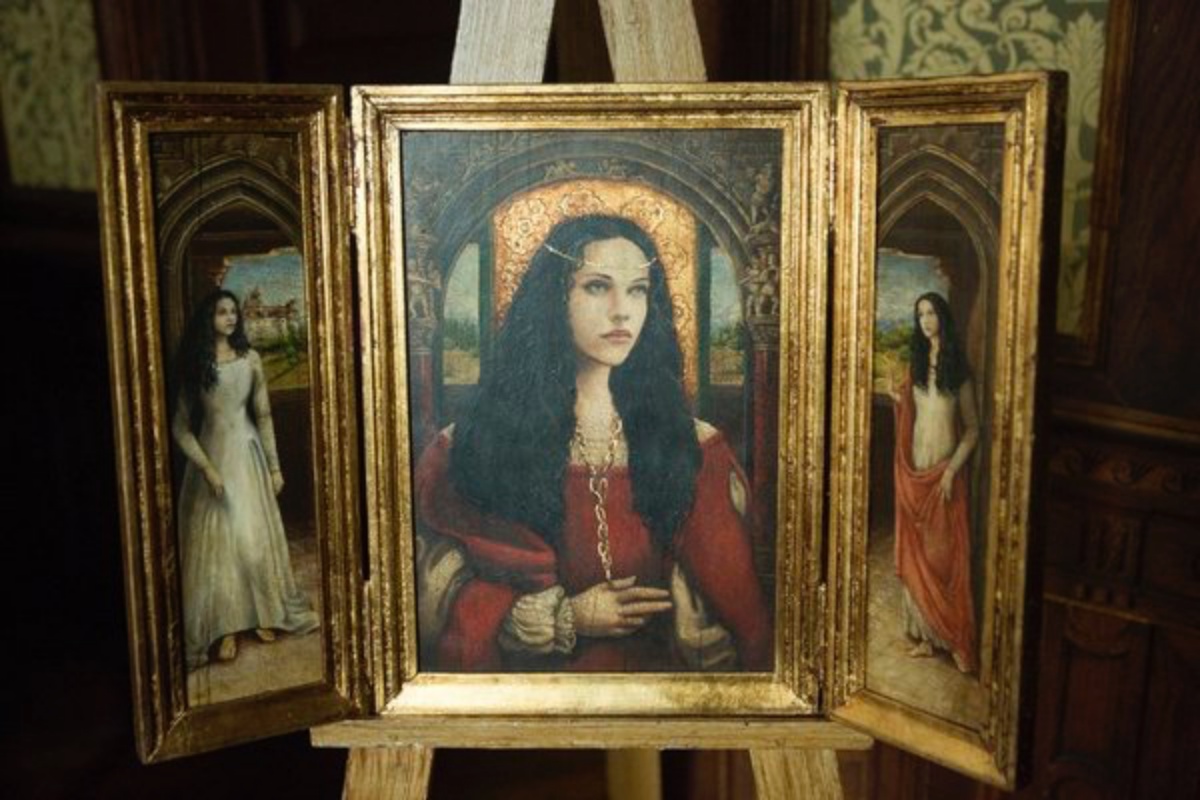 5) Mina is not Dracula’s reincarnated bride:

One of my biggest pet peeves, that has been revisited in multiple adaptations of the Dracula story, is this trope where Mina Harker is somehow the reincarnation Dracula’s dead wife from way back when. She is not, and this change has always annoyed me because it turns Mina into a romantic love interest to Dracula when she has zero interest in him, loves Jonathan, and her role in the book as being an example of the New Woman in British society doesn’t include vampire peen! 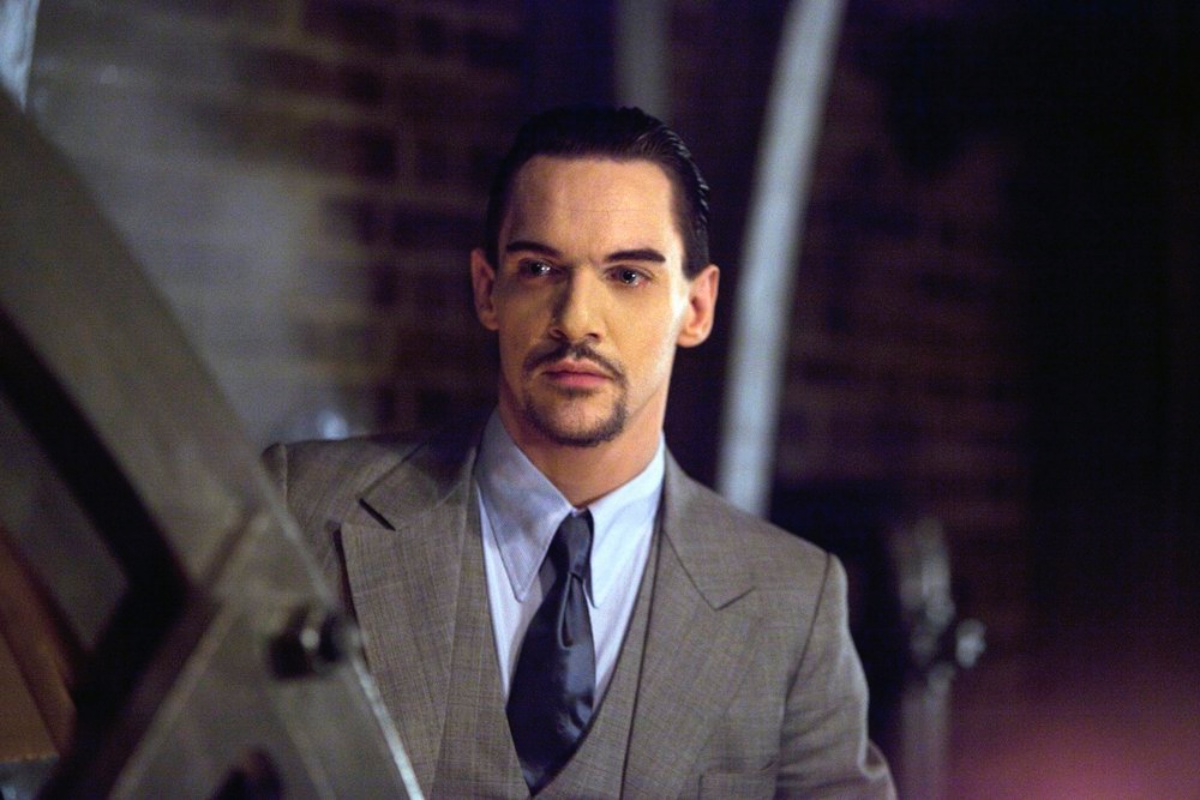 4) Dracula is ugly and old as intended:

Hot Dracula is a lie. When Dracula first appears in the novel, according to our sweet baby Jonathan Harker, as a thin old man, with a long white mustache, pointed ears, and sharp teeth. Yes, throughout the novel as he consumes more blood he gets younger, but younger does not mean hotter.

Dracula is at best a young rat-faced man who has no respect for consent or using safe words. The hot version of Dracula is the fault of media wanting to perpetuate their necrophilia agenda onto the world and I will not stand for it. Make Dracula a dusty old man with a unibrow, hair hands and with zero angst again. 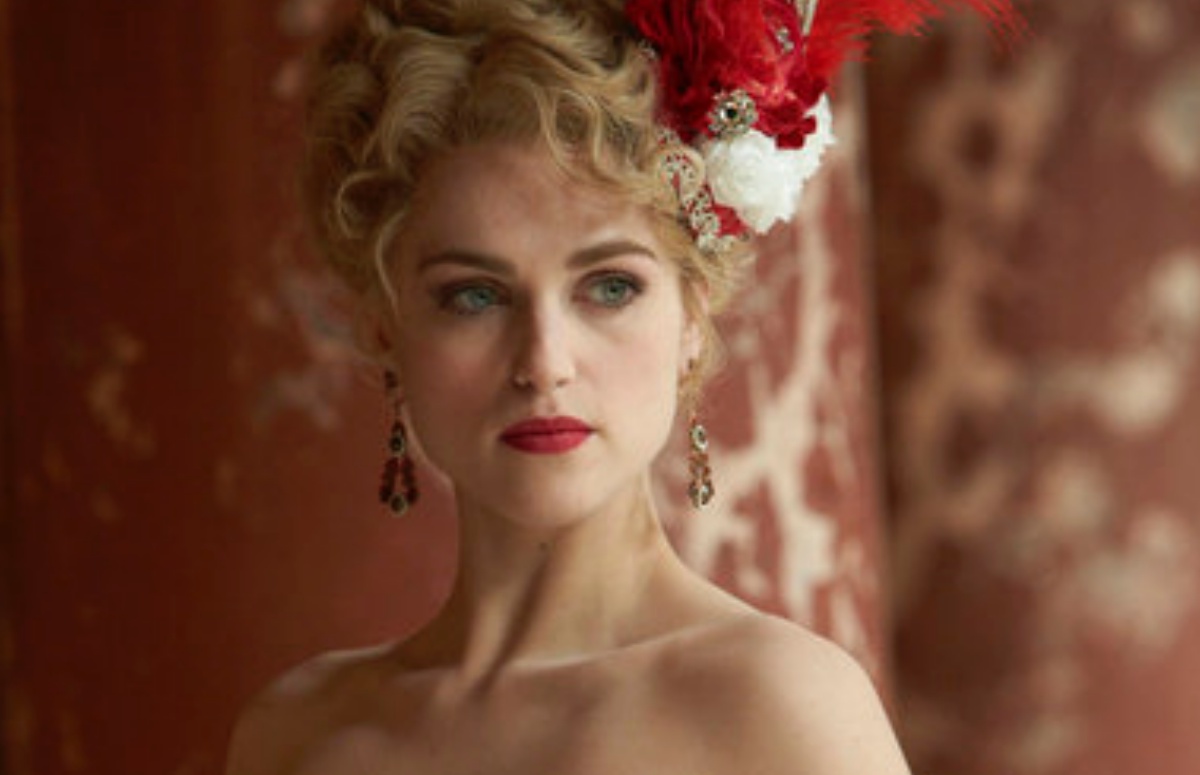 3) Lucy isn’t slut-shamed and they play up the poly-queerness of her and her boys:

One of the fun things about Dracula is that while there are historically in line issues with the book, there are also some interesting progressive ideas. One of my favorite characters in the book is Lucy Westenra, the beautiful, innocent and sweet-natured friend of Mina (“friend”), who is romantically pursued by three suitors: Arthur Holmwood, moneybags, Quincey Morris, an American cowboy, and Dr. John Seward, the psychiatrist.

All three men love her and when Lucy is put under the thrall of Dracula one of the things the men do to try and save her is a blood transfusion where they inject their fluids into her. Subtext, thy name is Bram.

For some reason, because Lucy has multiple love interests, it is then read that she is the “sexy,” one when really she is an innocent character who just happens to get three marriage proposals in one day. Unlike a lot of love triangles, the men are all pretty chill and are happy loving Lucy, and promise to avenge her when she is turned into a vampire.

So don’t change that, please. 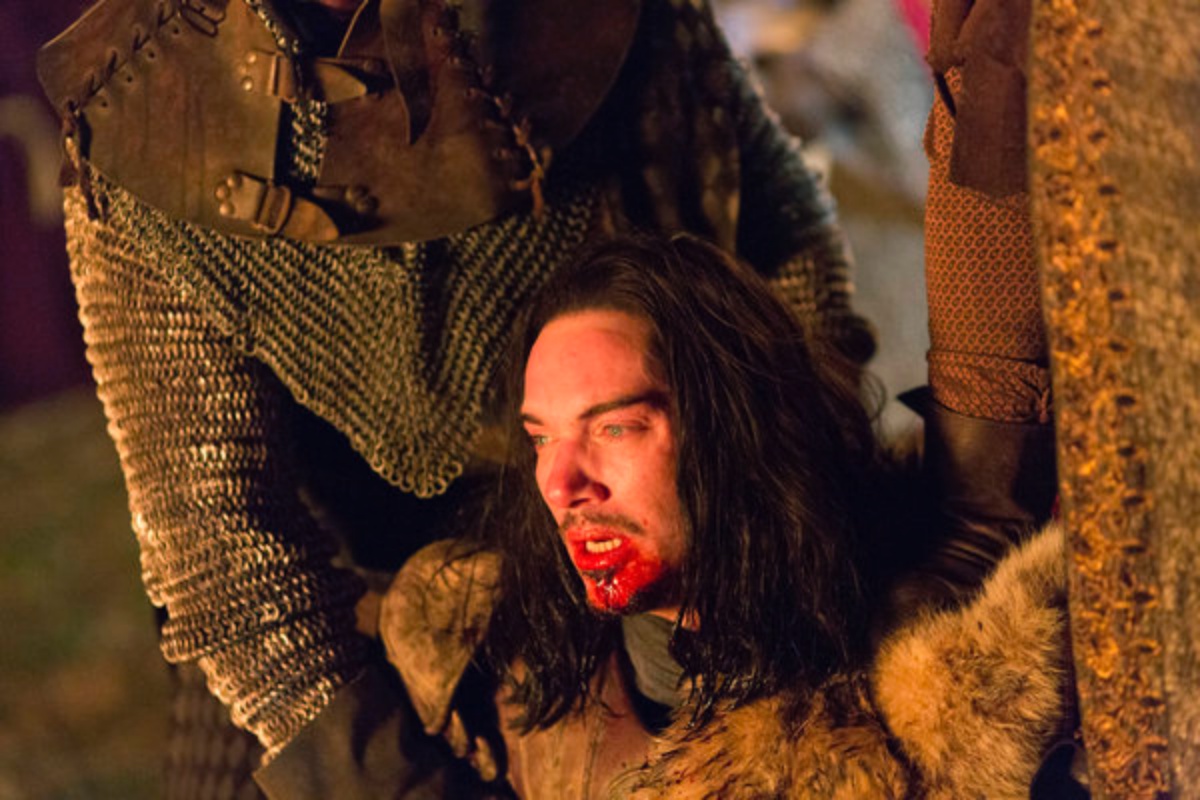 2) Dracula is not actually Vlad the Impaler:

Bram Stoker, bless his heart, didn’t do a whole lot of research about who Vlad III or Vlad the Impaler is. Dracula is from Transylvania and Vlad in real life was the medieval ruler of Wallachia, part of modern Romania. A lot of stories about Vlad have been historically exaggerated after his death to such a degree that we don’t really know how terrible he actually was as a ruler.

I mean, he was still pretty bad because he almost certainly impaled people and was seen as rigid and incorruptible, but to some people in Romania and in Romanian literature, Vlad is a heroic figure. Basically it is a was he a Book!Stannis or GOT!Stannis situation. However, if the story does decide to go the Dracula is Vlad route, it might be interesting if it uses that as a chance to explore the complicated history of the Romanian ruler. 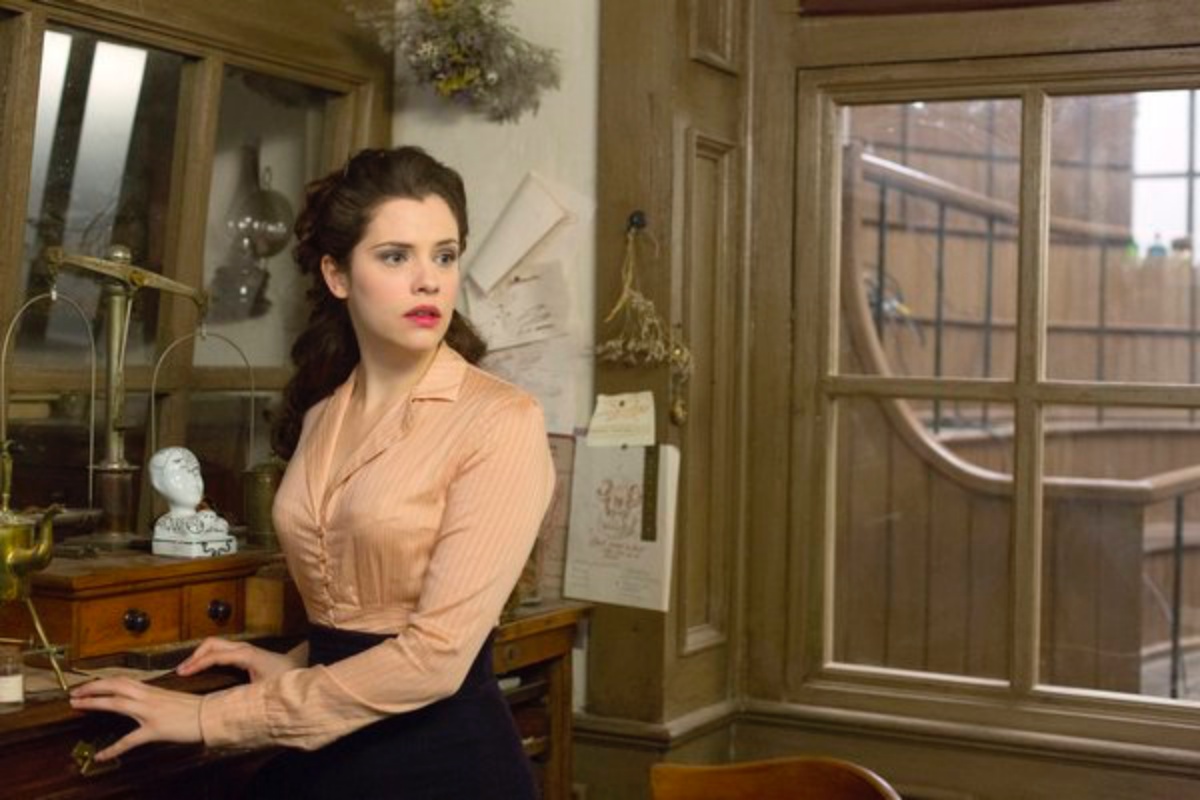 1) Mina is treated as the true heroine of the series:

Mina in the books is an awesome, strong empowered character. She begins the story as a well-educated assistant schoolmistress. When Lucy ends up getting “sick” at first, it is Mina who keeps her from sleepwalking. Mina nurses Jonathan back to health, takes notes on Dracula and when is she attacked (coded as rape) by Dracula, she uses the psychic link between them to keep track of what Dracula is doing so they can defeat him.

Mina is the most level-headed character in the book and even though she at first mocks the “New Woman” movement, it is clear in her actions that Mina is absolutely a New Woman. Even her later book enthrallment by Dracula is a more a psychological issue that really tempts her because of the power it means she would have.

Mina Murry-Harker is a well-rounded female heroine who has so often been hyper damsel-ified for adaptation, and I hope that Moffat learns to walk the line between that and his usual “strong female character” brand:

my pessimistic expectation for steven m*ffat’s Dracula is that he’ll describe Mina Harker as “a tough broad with an independent spirit” & style her to look like this: https://t.co/fuzgraa8Kn

What are your initial thoughts about upcoming Dracula series? What do you want to see and fear seeing?